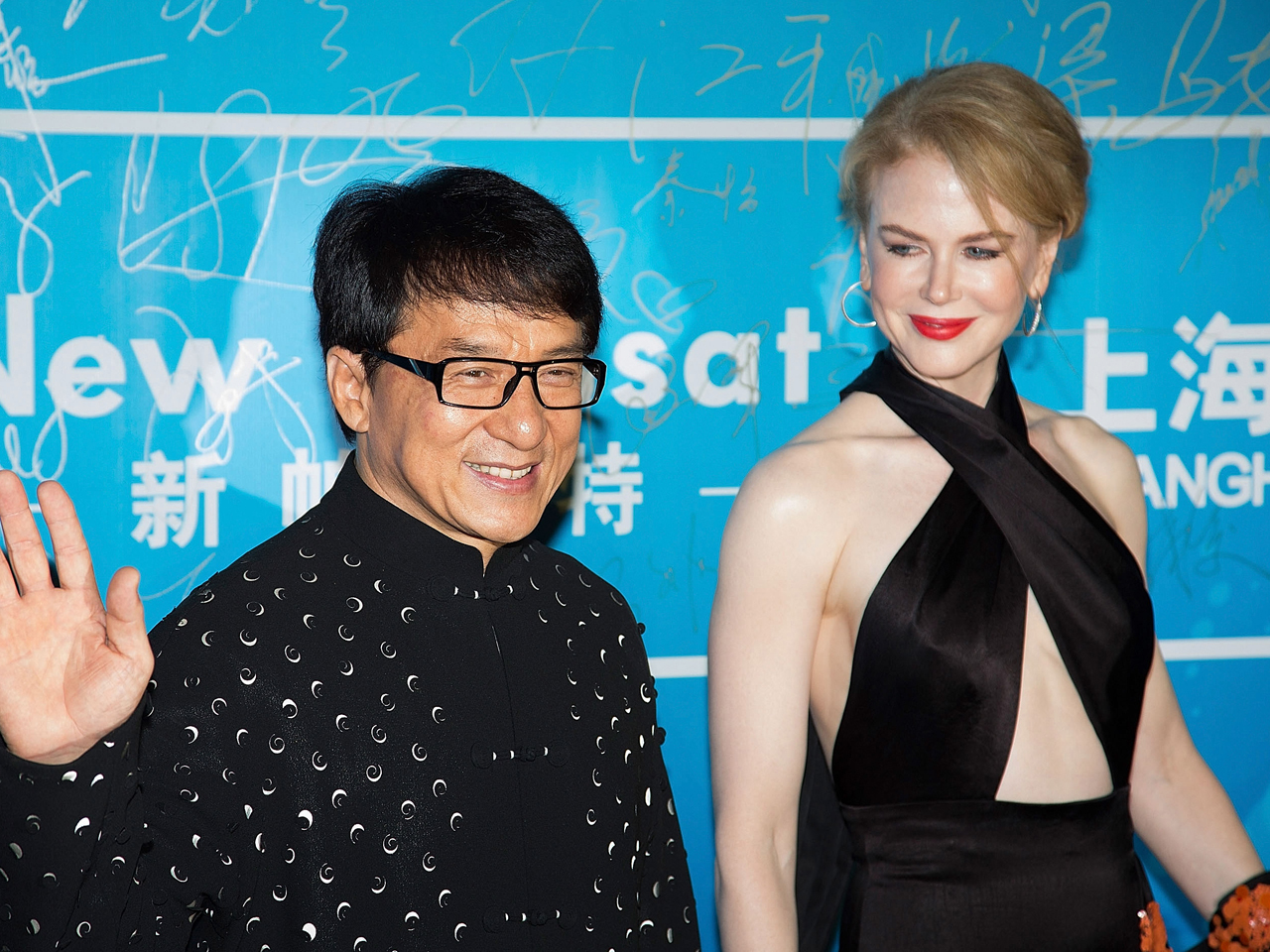 Nicolas Cage, accepting a film award in China, says he's enjoying the warmth and enthusiasm he feels while working there on a new film.

Cage has been shooting "Outcast" in Hong Kong with Hayden Christensen.

"I believe in the genius loci of a place, the genie of the place is what I call it. I absorb that energy and it affects performance wherever I go," Cage said on the red carpet. "... Making a movie in China, I'm buzzing with good energy, I feel great here. I love the people I'm working with, I love the crew, and there's a genuine warmth and enthusiasm that I get from my conversations."

"I've been a fan of Asian cinema my whole life growing up. I did my movie 'Kill Bill' as a complete tribute to my love for it and so to come here amongst the Chinese film industry, get this from the Chinese fans is a dream come true," said Tarantino.

Television awards went to Matthew Perry of "Friends" and"Downton Abbey"actress Michelle Dockery, who were among the attendees who left a handprint on star-shaped plaques for Macau's Avenue of Stars.

"Avatar" star Sam Worthington, who received an award for Best Global Action Movie Actor, shared that his plans for next year include filming sequels of Academy Award-winning science fiction epic.

"Well, we start filming next year. We do 'Avatar 2', 'Avatar 3,' 'Avatar 4.' Then they'll come out Christmas concurrently kind of thing, different Christmases. I'm not too sure where we're shooting at the moment. I know they're still writing it. I know Jim (director James Cameron) loves China, loves it," he said, referring to questions about returning to China. "Those types of films, if we get the opportunity to work here that'll be great. We'll see what happens."

Avril Lavigne, who walked the red carpet hand-in-hand with husband Chad Kroeger, has a particularly strong fan base in Asia and received the award for Best Global Singer.

"It was an honor and it was really sweet and I feel very happy and lucky to be here. Asia, everyone in Asia, has been really good. I have a lot of fans here so I'm going to start my tour here in February. I'll tour all across Asia, and so I feel very grateful for the fan base here," she said.

Jessica Jung, a member of the popular Korean girl group Girls Generation, appeared on behalf of her group to receive the award for Best Global Pop Band. The band is currently on tour in Asia.

"Well it's such an honor. I've never been to the Huading Awards, it's my first time. Thank you for such a nice award," she said.

Some Huading Awards are voted by fans and some winners are voted by experts. In 2014, the awards will be handed out in Los Angeles.