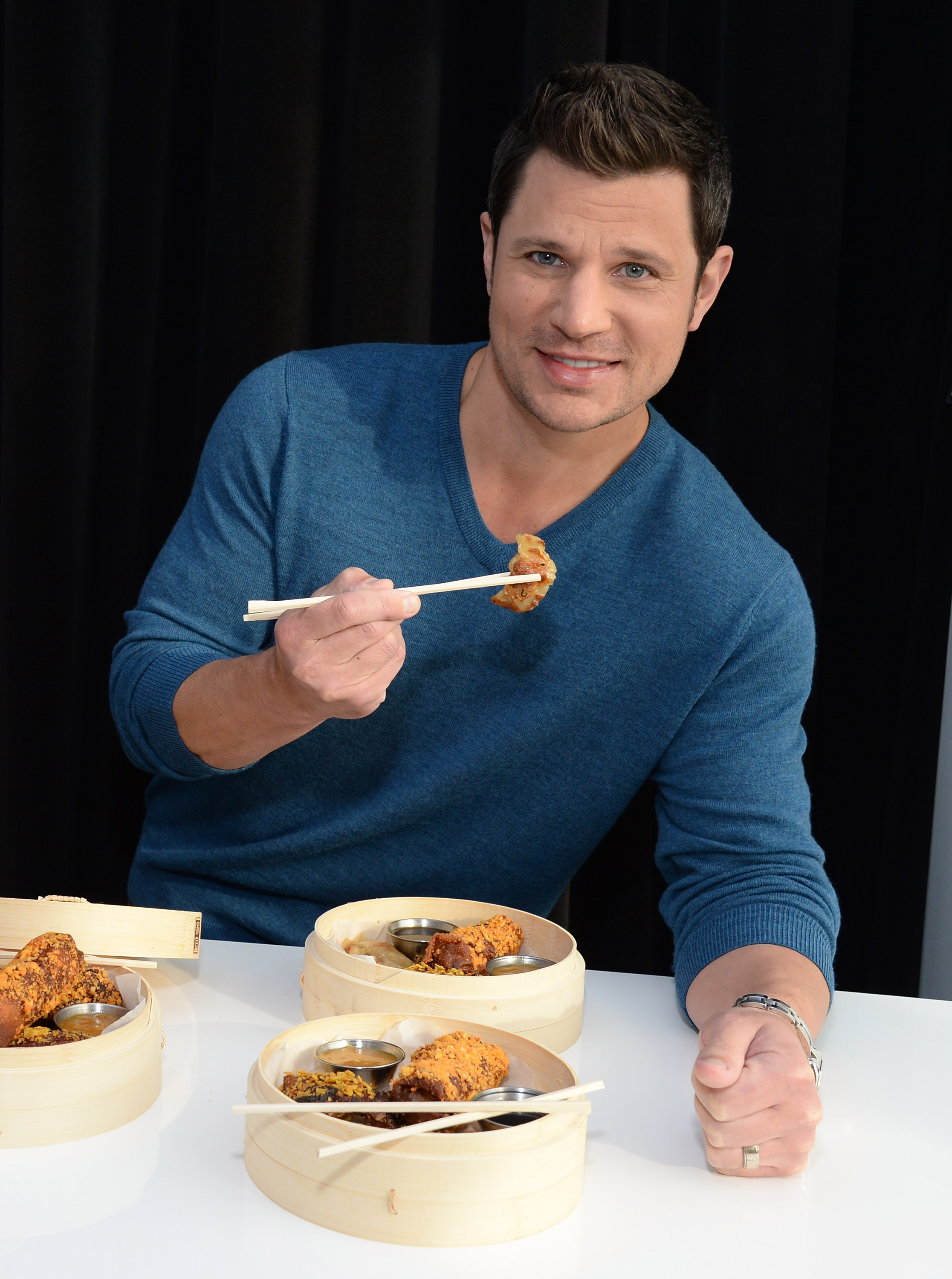 Nick Lachey is having the "ultimate boys' week": He and a bunch of his friends are gearing up for Super Bowl Sunday in San Francisco after a ski trip to Lake Tahoe in California.

Lachey is also on radio row for a good cause; the Feeding America Entertainment Council member is working with young student chefs Taste of the NFL's annual Party with a Purpose on Saturday to help raise money for food banks across the country. We caught up with Lachey to see what he's up to and what he's excited for on Sunday.

Who are you hoping will win?

I don't really have a horse in this race, but I kind of want Peyton to be able to match Eli's two Super Bowl rings at Super Bowl 50. If Peyton wings, it's kind of a cool story. I'm rooting for him.

You're at the Super Bowl with PepsiCo for the Game Day Grub Match. What is that?

It's a competition with students from the Culinary Institute of America. The challenge was to come up with the perfect game day snack, but the recipe has to use three PepsiCo ingredients, and that's a lot more than just Pepsi -- there's Sabra hummus, Naked juices ...

The students have a lot to work with, and the winning group came up with a dim sum platter. I've been tasting a lot of things. They get to debut the creation tomorrow night at Party with a Purpose and they get some scholarships, tickets to the game and so it's a great project and a lot of fun.

What do you and your wife, Vanessa Lachey, serve at Super Bowl parties?

There are a lot of big-name musicians who are playing on Sunday, and you yourself are a musician. Do you have anyone you're really excited to see?

Well, Coldplay. Everybody likes Coldplay, but I heard Bruno Mars may be part of this again, and I'm a big Bruno fan, so I'm looking forward to seeing that.

I interviewedyour wife in December and she told me your son, Camden, loves to sing.

He's definitely a singer. He loves to sing, and it's cool for me because I'm a writer, too, and he's starting to write lyrics to songs. He makes them up as he sings and it's cool to see your talents trickle down, so if he wants to be a singer one day that would be a lot of fun, but I'd be just as happy if he became a football player.

So as long as he's a singer or a football player.

Yeah, you know -- just one of those low-profile careers.

How do you divide time between your career and spending time with your family?

Your life changes after you have kids. It's all about the kids now and all about doing what's right for them as a parent and it's something you're glad to do, but we try and have a balance. She's working, I'm working -- whoever's got the time and I think we make a great team. This week, I'm up here having a guys' trip and she's at home taking care of the kids.

A guys' trip? Does that include your brother or any 98 Degrees bandmates?

It does not include them. I'm actually here with a bunch of buddies hanging out, so yeah, it's a boys' trip. We were in Tahoe earlier in the week doing some snowboarding and now we're at the Super Bowl, so it's the ultimate boys' week.

What other projects have you been working on?

I'm working on a TV project now, on the production side of things. It's a competition reality show I'm developing. I'm also working on getting back in the studio, working on new music. This past year I was working on a show for VH1, and that ended, so it's a good time to work on other stuff. Besides being a dad, that's kind of what I'm doing.

I'm really going in next week, so I haven't even gotten into the studio and fleshed it out. I like to push a new project with a clean slate, so I'm not sure yet, but it's always exciting, so we'll see where I end up.