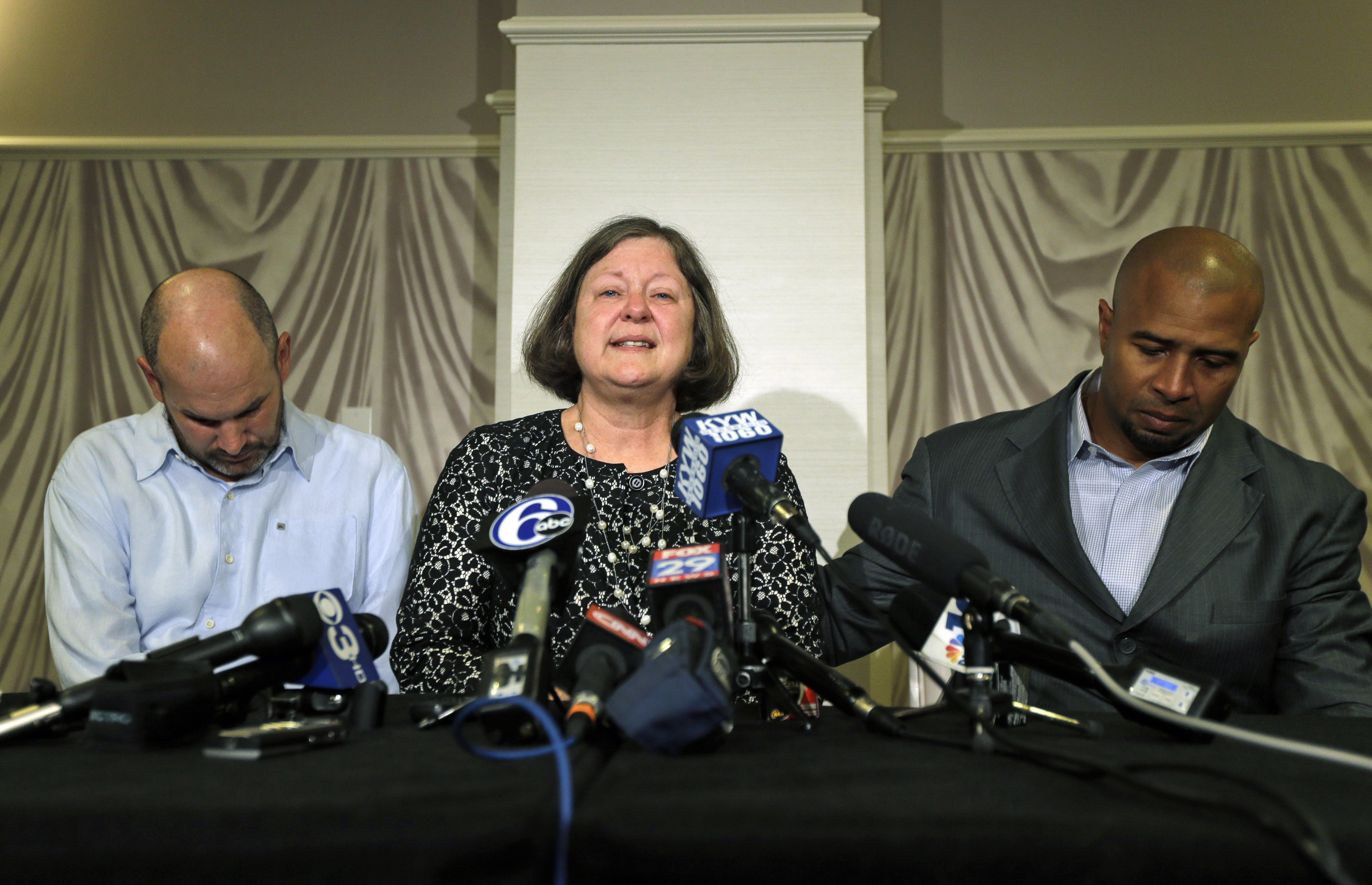 NEW YORK The hundreds of millions of dollars the NFL is ready to pay former players sounds great, until you stretch it out over 20 years and divide it among thousands of people.

Which is why some former players and others think the league is getting off cheap in its tentative settlement with victims of concussion-related brain injuries.

The deal announced Thursday to settle 4,500 or so claims is awaiting approval by a federal judge in Philadelphia.

"$765 million?" asked former Minnesota Viking Brent Boyd, one of the original plaintiffs in the lawsuit. "The breakdown is $1.2 million over 20 years per team. What is that, a third of the average salary? There is no penalty there. It's pocket change."

Former players union president and Pro Bowl center Kevin Mawae complained that the NFL does not have to admit culpability.

"The unfortunate thing is that the general fan, they see $765 million and they think it's a windfall for the players. It's great for ... the guys that would fall in the category of needing immediate help," Mawae said. "But it's $700 million worth of hush money that they will never have to be accountable for."

Others former players didn't seem as concerned about the amount of money, preferring to focus on the timing of the settlement. They said that getting medical coverage now for their peers — or themselves — who suffer from a variety of brain ailments and other health problems is essential.

"Those people who need help now, really need the help the most and need it right now and not five years from now, will get the help," said former fullback Kevin Turner, who suffers from amyotrophic lateral sclerosis, or Lou Gehrig's disease, and was one of the lead plaintiffs. "That is key."

"It is hard to put a dollar figure on ALS or Parkinson's or dementia and all these things. But if you ask me, I think it is fair."

CBS Sports correspondent James Brown told Scott Pelley on "CBS Evening News" Thursday that the settlement is also good for the "78 percent of players who leave the league within two years" and "are facing bankruptcy," citing a 2009 study.

He added that 18,000 players being covered are not being covered by any medical insurance right now, "it is, as Hall of Fame running back Eric Dickerson said, a step in the right direction."

The lawsuits accused the NFL of concealing the long-term dangers of concussions while glorifying spectacular hits on the field.

"Whether I got a dollar or a billion dollars, that wasn't going to help how I was feeling," said former NFL quarterback Bernie Kosar, who has dealt with a number of health issues now that his playing days are over and said the death of former San Diego star Junior Seau "was a real eye-opener for me."

"Whether they get the money or not, I'm not sure that's going to make them feel better," Kosar said.

The payments will hardly be a burden to the 32 NFL teams. The league generates close to $10 billion a year in revenue, and that is certain to rise when new TV contracts are negotiated in the near future.

CBS Sports analyst Jason LaCanfora wrote in an editorial he believes the league was still getting its way.

"I don't care if we get any money," said former linebacker Jay Brophy, who played for the Miami Hurricanes and later for the Miami Dolphins, and has been diagnosed with brain damage. "I'm not begging for anything. All I want is if there's treatment out there, build us some centers, send us to places to help us out because we don't have insurance. That's all I care about. Too many guys I know are suffering and are going through things."

Andrew Zimbalist, a sports economist at Smith College in Northampton, Mass., estimated the settlement will cost the NFL $45 million a year, or 0.4 percent of current revenue.

"The attorneys were under some pressure to deliver a concrete gain for those players suffering from these diseases," Zimbalist said. If not for the settlement, "it's likely the NFL would litigate for many years before any settlement would come."

He added: "It is a positive settlement for the former players, even though it could have been higher."

"When I look at the number of players who have had neurological issues and have passed on," added Carson, who was not a plaintiff, "I think now of the guys who are just starting to experience neurological issues. They are going to be handled more humanely."

It's also a positive public relations move for the NFL just a week before the season kicks off. The last thing the league wanted was for concussions to remain a front-page story while games were being played.

Commissioner Roger Goodell can now point to the settlement and the league's player-safety initiatives as proof that pro football is dealing forcefully with the issue.

"PR-wise, it allows the league and the players association and medical experts and the U.S. Army and Harvard to show how they are coming up with solutions for the future rather than addressing omissions of the past," said Marc Ganis, president of SportsCorp, a Chicago-based sports consulting firm that does business with the league and several teams.

But some former players wonder if their future will be any brighter as they try to deal with brain disease.

Boyd said he foresees a "bureaucratic nightmare of red tape" in attempts to get approved for coverage and then receive treatment. He said he has been diagnosed with early-onset dementia and has signs of Alzheimer's disease.

"When I testified before Congress, I spoke of how the NFL's plan to cover disabilities was to delay, deny, hope they die," Boyd said.