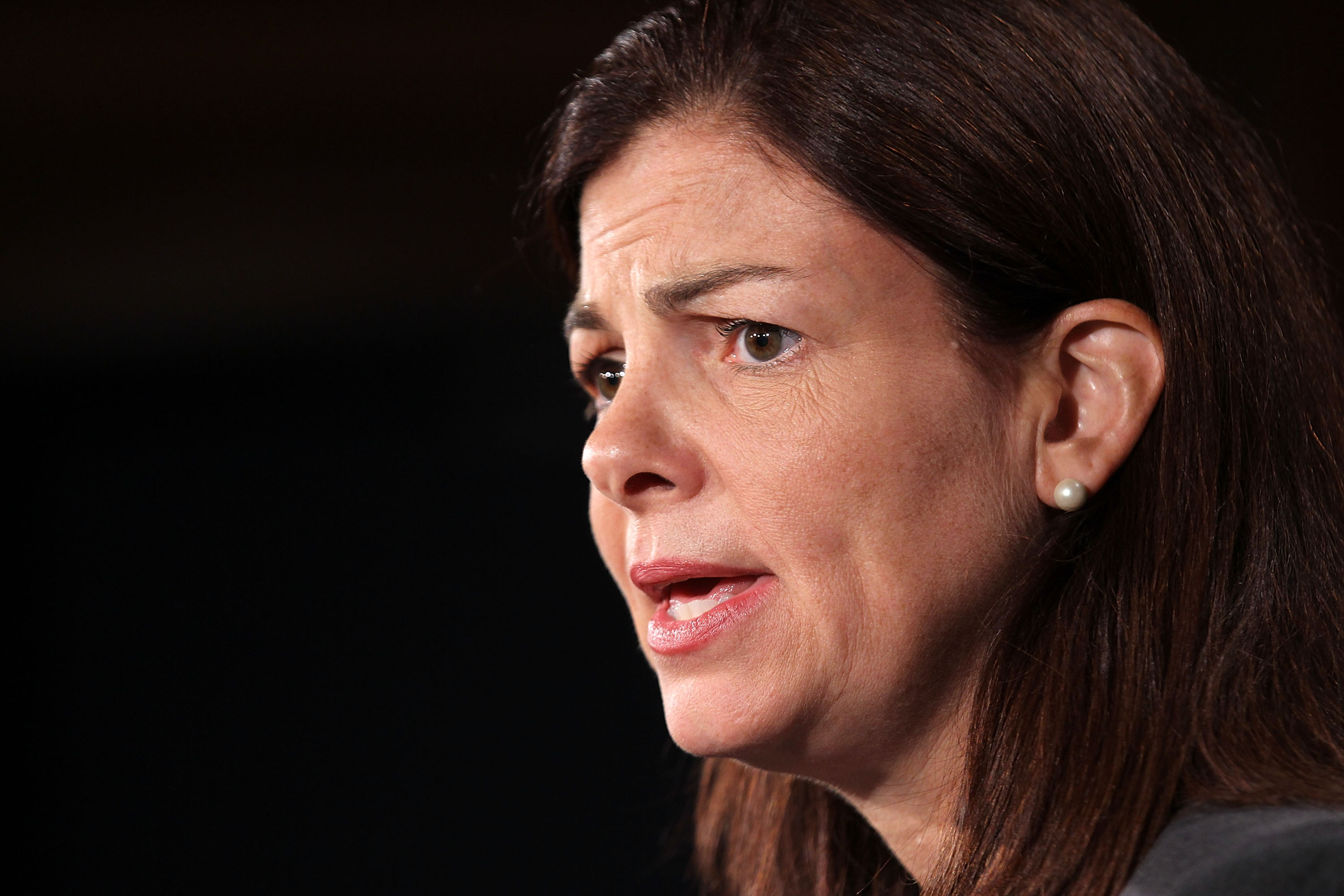 Two weeks after helping vote down an amendment to expand background checks on gun purchases, Sen. Kelly Ayotte came face-to-face with the daughter of a victim of December's massacre in Newtown, Conn., who wondered why her mother's death wasn't a priority for the New Hampshire Republican.

"You had mentioned that the burden to owners of gun stores that these expanded checks would cause," said Erica Lafferty, whose mother, Dawn Lafferty Hochsprung, was the principal at Sandy Hook Elementary School who was killed in the shooting along with five other educators and 20 first-graders. "I'm just wondering why the burden of my mother being gunned down in the hall of her elementary school isn't as important as that?"

Lafferty, who drove four hours from Connecticut to attend Ayotte's Warren, N.H., town hall, was among Newtown family members who met with Ayotte the day after the Senate voted on the bipartisan background check amendment, which fell six short of the 60-vote threshold. Crafted over weeks of negotiation with the objective of attracting GOP support in the Senate, and, eventually, the House, its failure effectively sounded a death knell for more expansive legislation to reduce gun violence.

"Certainly let me just say that I obviously am so sorry, as everyone here is, no matter what our views are," Ayotte said.

But the amendment "wouldn't have solved" a tragedy like Newtown, she continued: "As you and I both know, the issue wasn't [because of the] background check system; the issue was mental health." The first-term senator pointed out that she "took a lot of heat," even from within her own party, for allowing debate on the issue, rather than joining the threat to filibuster it.

"Ultimately everything should always be debated and discussed," she said. "And I will continue to do that, and I appreciate your being here today. I know this can't be easy."

Lafferty wasn't the only person in attendance who took issue with Ayotte's vote - the only "nay" among senators from the Northeast. According to the Washington Post, 74-year-old Eric Knuffke from nearby Wentworth, stood up in the middle of the town hall to challenge Ayotte's structure of fielding only pre-written questions: "You like to regulate that, but you don't want to regulate guns?" he yelled to eruptive applause.

Some polling shows approval for Ayotte has dropped since her vote on the amendment, which only four Republicans supported. As she travels across the state this week, mouthpieces on both sides of the issue are expected to be mobilized. While pro-gun control groups plan to shadow Ayotte's tour to continue to put pressure on her, gun lobbies like the National Rifle Association have already begun to air radio ads thanking her for her vote.