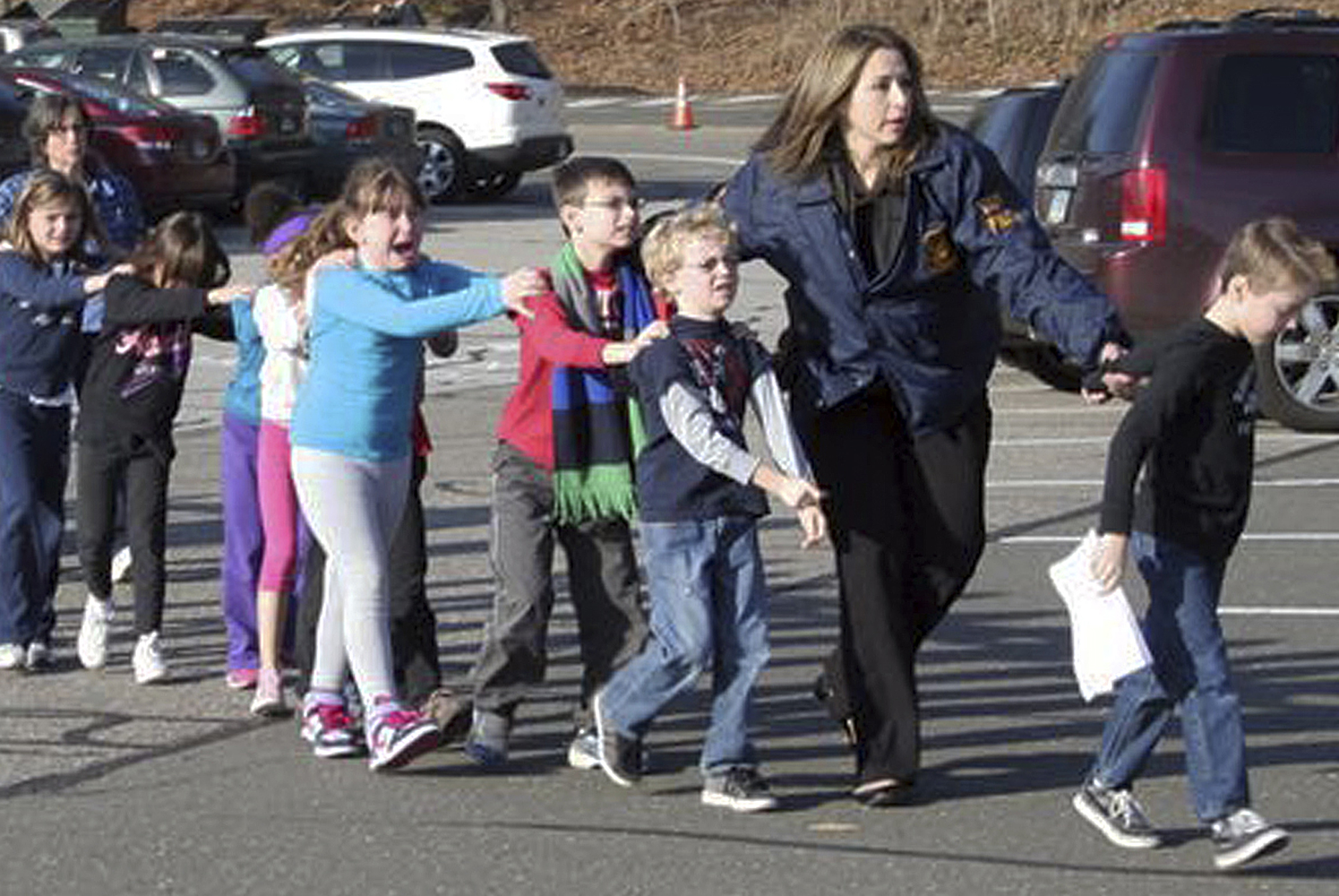 (CBS News) Survivors of the Newtown massacre are expected to return to classes this week, in a different school.

An attorney for one of the children is ready to go to court.

Two weeks after a gunman opened fire inside Sandy Hook Elementary, a New Haven lawyer is asking permission to sue the State of Connecticut for $100 million.

The lawyer, Irving Pinsky, said, "I'm saying for a fact that the state didn't do enough to provide for their safety."

Pinsky represents the family of a 6-year-old identified only as "Jill Doe" in court papers. The child survived the shooting, but Pinsky says she was traumatized by what she saw and heard inside the school.

Pinsky said, "The whole thing came in on the intercom, down to the screaming, the cursing, the bang-bang and her friends are dead."

Pinsky filed a claim last week charging that Connecticut school officials failed to protect the child "from foreseeable harm," and as a result she "sustained emotional and psychological trauma and injury..."

In all, 20 children died in the attack along with six adult staffers -- staffers who were credited with trying to save lives.

On Pinsky's Facebook page, hundreds of people have expressed outrage. "Sickening! Simply sickening!" posted one user. Another wrote, "Should be disbarred and jailed for abuse of the system and trauma you cause to the parents whose children actually died!!"

Pinsky insists the lawsuit is not about money. He claims his only mission is making schools safer.

"Hello! We didn't do enough," he said. "This never should've happened."

However, this case doesn't have the best chances according to legal experts, CBS News legal analyst Jack Ford said on "CBS This Morning.

"We have what's called sovereign immunity in this country and that essentially means that you can't sue governmental entities the way you can sue private individuals or private entities," he explained. "It goes back to 'the king can do no harm.' We don't have a king, but the governments don't have the ability do everything for everybody. The way our system has evolved is only in limited circumstances can you successfully sue a governmental entity.

"And what you'd have to show in this situation is that what happened in Newtown was reasonably foreseeable . . . and that the governmental entities didn't take reasonable steps to protect against [it]. That's a pretty tough standard. So going forward, many experts would say that would be a hard hill to climb."

For more on the case and its timing, watch Terrell Brown's report and Ford's full analysis in the video above.