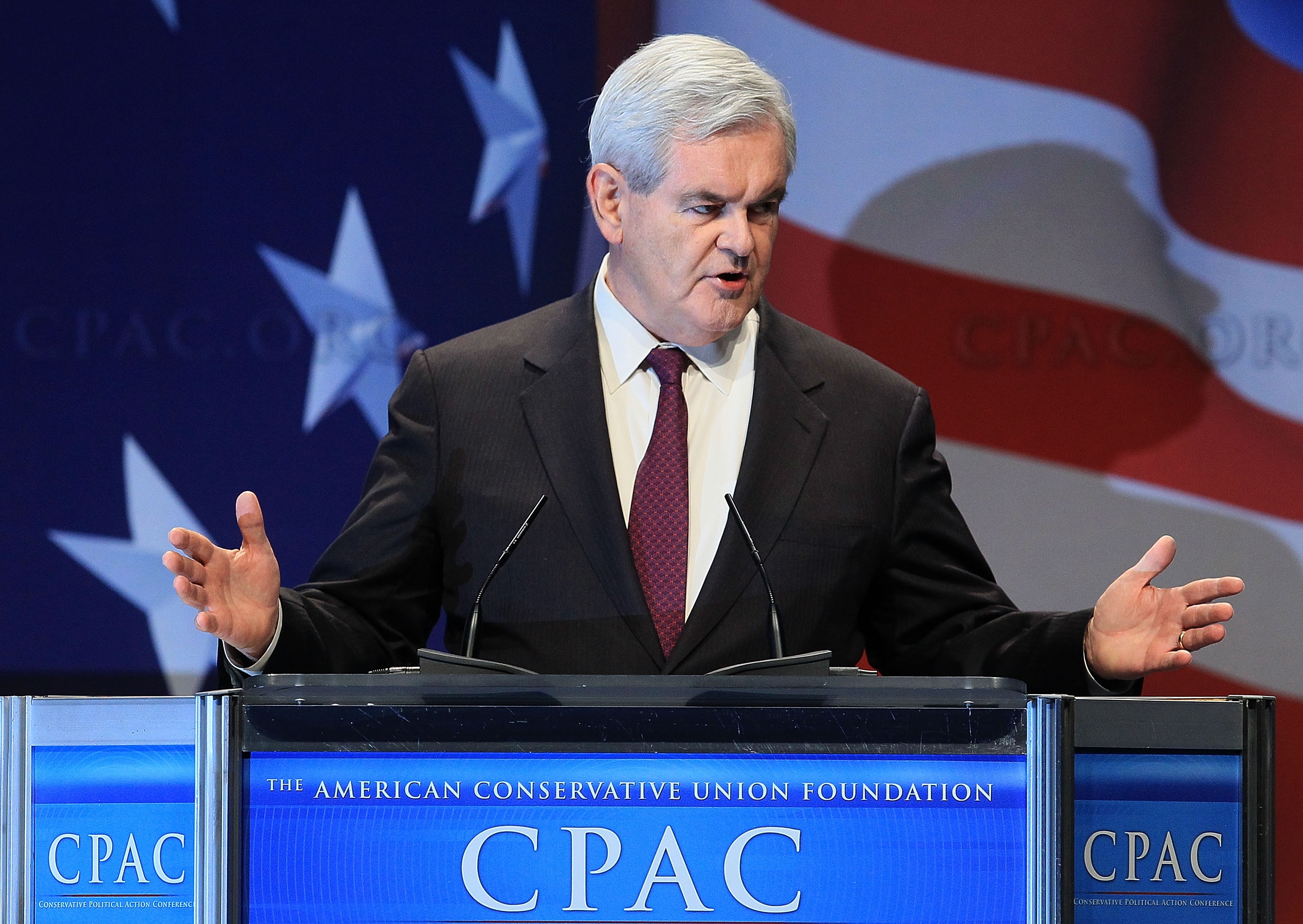 A lawsuit was filed against Republican presidential candidate Newt Gingrich on Monday for his use of the song "Eye of the Tiger," by Survivor, during campaign appearances.

The lawsuit, which is here, was filed in Chicago by Rude Music Inc., which is owned by one of Survivor's founding members, Frank M. Sullivan III. Sullivan co-wrote the song, which was the theme of the movie Rocky III and became a #1 hit in 1982.

Hotsheet can confirm that Gingrich emerged to the strains of "Eye of the Tiger" at last year's CPAC and at campaign events this month, among other events. (See video of his CPAC 2011 appearance at left; you can hear the song as he emerges.)

The lawsuit - which says "Mr. Gingrich is sophisticated and knowledgeable concerning the copyright laws" and notes the former speaker is the author or co-author of more than 40 copyrighted works - seeks a court-ordered ban on Gingrich using the song as well as "damages in an amount to be determined by the Court" from Newt 2012 Inc.

Sullivan is not the first musician to complain about a politician's unauthorized use of a song. David Byrne sued former Florida Gov. Charlie Crist for $1 million for using the Talking Heads song "Road to Nowhere" (Crist agreed to make a public apology); Jackson Browne sued John McCain for using his song "Running on Empty"; and Tom Petty issued a "cease and desist" letter to Michele Bachmann for use of his song "American Girl," as well as to former President George W. Bush for Mr. Bush's use of Petty's song "I Won't Back Down."