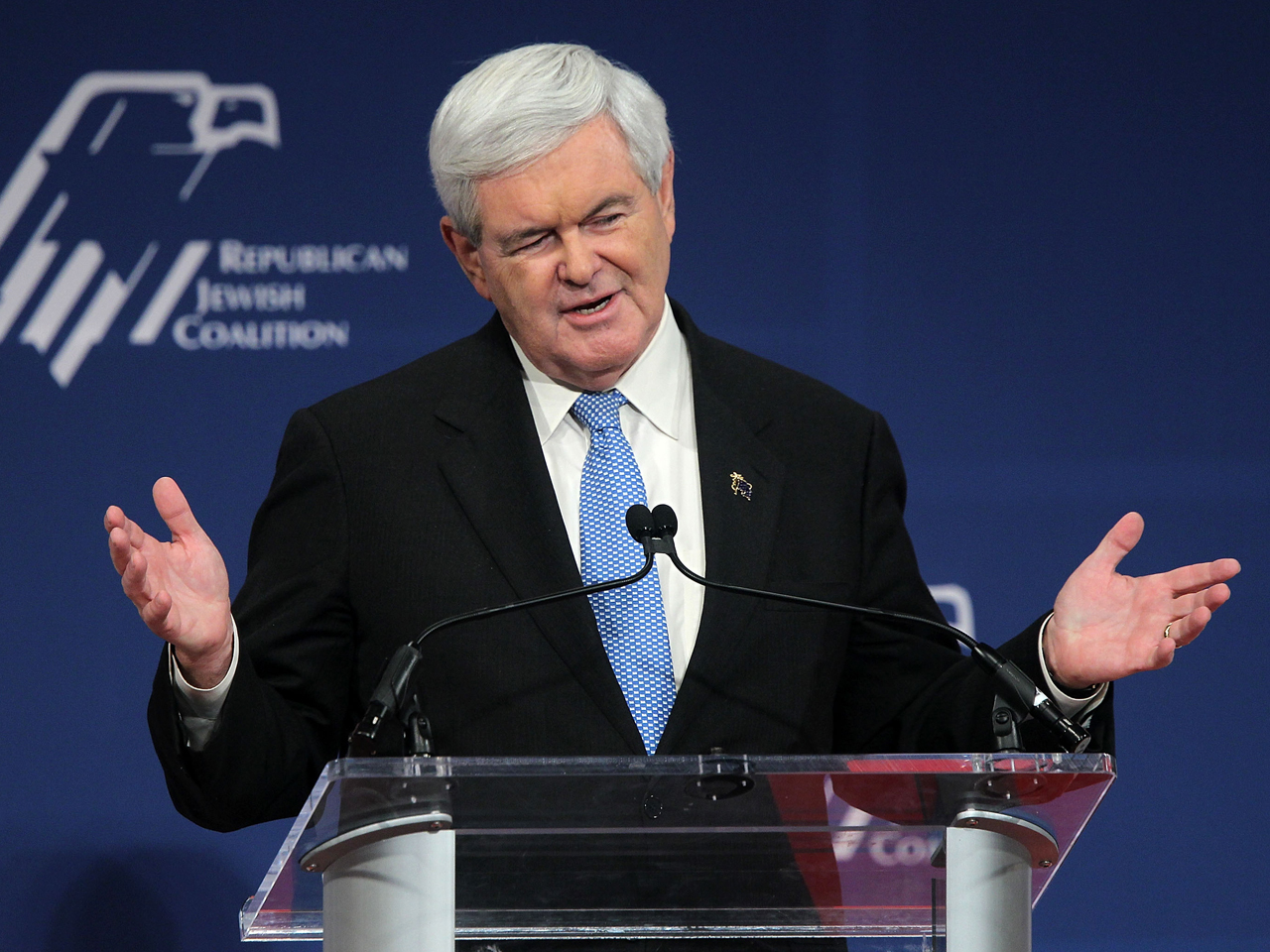 Republican presidential candidate Newt Gingrich said this week that Palestinians are an "invented" people, a position that could be seen as putting him at odds with the U.S. push for a two-state solution in the Middle East.

"Remember, there was no Palestine as a state. It was part of the Ottoman Empire," Gingrich told the Jewish Channel, which posted portions of the interview online on Friday. "And I think that we've have invented the Palestinian people, who are in fact Arabs and are historically part of the Arab community, and they had the chance to go many places."

He added: "And for a variety of political reasons, we have sustained this war against Israel now since the 1940s, and I think it's tragic."

Gingrich's comments that Palestinians are an "invented" people, and presumably thus not entitled to a state, would seem to break with U.S. policy under both President Obama and former President George W. Bush, both of whom have pursued a so-called "two state solution" to the Israel/Palestinian conflict that would include the creation of a Palestinian state.

In other excerpts of the interview posted online, Gingrich suggested there was a moral equivalence between the Palestinian Authority and Hamas, which he said both "represent an enormous desire to destroy Israel," and said the Obama administration's policies of "evenhandedness" are "out of touch with reality."

"If I'm evenhanded between a civilian democracy that obeys the rule of law and a group of terrorists that are firing missiles every day, that's not even handed, that's favoring the terrorists," he said.

Most of the major Republican presidential candidates appeared before a lobbying group called the Republican Jewish Coalition, where they vowed to be closer to Israel than the current administration. Gingrich claimedthe Obama administration takes the position "it's always Israel's fault no matter how bad the other side is," saying that "has to stop." He also vowed to move the U.S. embassy in Israel from Tel Aviv to Jerusalem.