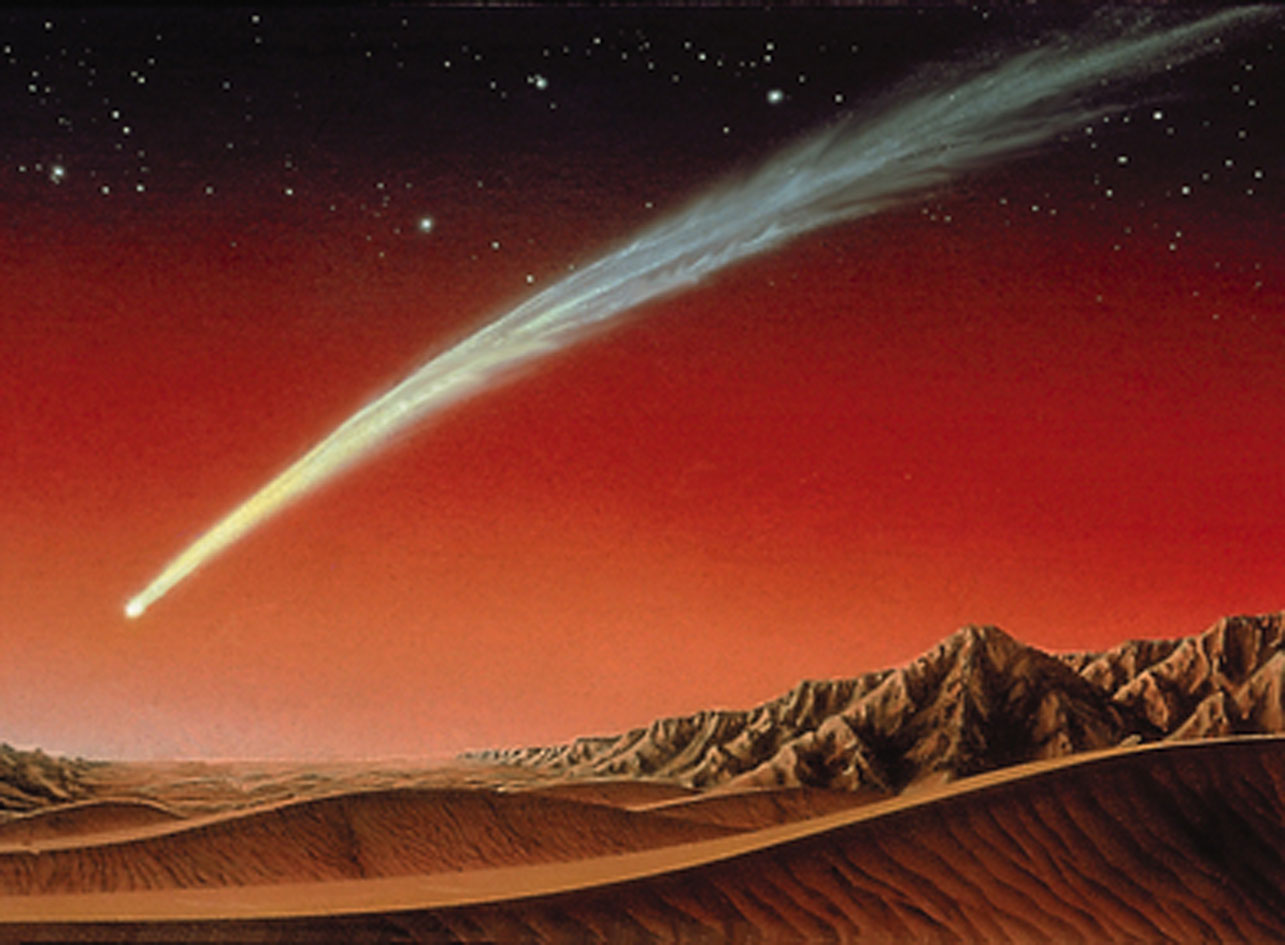 A comet that had a slim chance of crashing into Mars in 2014 will almost certainly fly harmlessly past the Red Planet, scientists say.

While the odds of a Mars comet strike are now exceedingly remote, the new information also suggests that Siding Spring will fly closer to the planet than originally expected.

"Based on data through April 7, 2013, the latest orbital plot places the comet's closest approach to Mars slightly closer than previous estimates, at about 68,000 miles (110,000 kilometers)," NASA officials wrote in a statement on Friday (April 12).

It is possible that the fleet of NASA spacecraft on and orbiting Mars will be able to catch sight of the passing comet, but it might be challenging.

"The issue with Mars Odyssey and the Mars Reconnaissance Orbiter will be the ability to point them in the right direction; they are used to looking down, not up," Jim Bell, a planetary scientist and Mars imaging specialist at Arizona State University, said in a statement. "Mission designers will have to figure out if that is possible."

NASA's Opportunity and Curiosity rovers also might have difficulty observing the event.

"Opportunity is solar-powered and so would need to dip into reserve battery power to operate the cameras at night," Bell said. "Whether or not we will be able to do this will depend on how much power the rover is getting from dusty solar panels in the daytime. On the other hand, Curiosity is nuclear-powered, so it could have better odds at night-time imaging."

Comet Siding Spring will make its closest approach to Mars on Oct. 19, 2014, according to NASA officials.

The comet was discovered on Jan. 3, 2013 by astronomer Robert McNaught using the Siding Spring Survey Observatory in Australia, during a search for asteroids that might pose a threat to Earth.