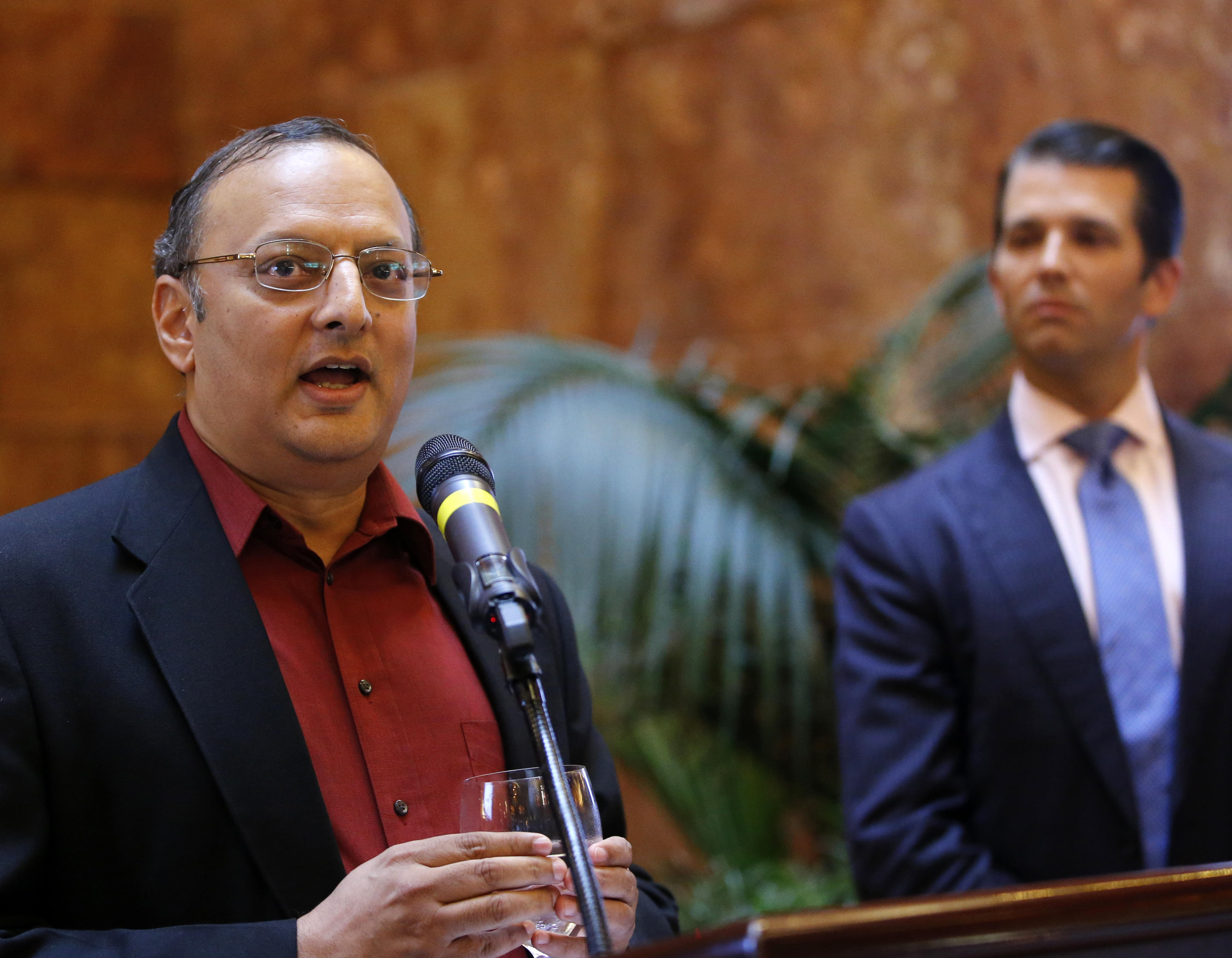 One of the newest business partners to ink a licensing deal with the Trump Organization says he was beaten up as a child for being Indian-American, voted for President Barack Obama and grew up in "a very liberal Democratic household."

Experienced Mississippi hoteliers Dinesh Chawla and his brother Suresh of Chawla Hotels signed a deal with the Trump Organization to develop a high-end Scion Hotel and three mid-level American Idea hotels in the Mississippi Delta.

CBS News confirmed the deal was vetted by President Trump's ethics team, and unlike other Trump deals, the participants say there will be no foreign investors. Dinesh Chawla says a loan from a local bank for 30 percent of the financing was secured for an earlier version of the hotel a few years ago. He says the rest of the funds will come from his own company, which he describes as a "$100 million mom and pop operation."

Chawla says vetting for the deal included providing "years and years of tax returns" to the Trump Organization. "I think you can probably see the irony in that," he added, referring to how President Trump has yet to share his own tax returns.

Another proposed Scion hotel deal with the Trump Organization in Dallas was never finalized and fell apart once questions were raised about possible foreign investors.

Chawla and his brother have told the story of how their father, who started their family business, called Mr. Trump in the 1980's when desperate for financing after three years of rejections from banks. But they haven't shared how he ultimately got through to speak to Mr. Trump. Dinesh Chawla says when his father was told that Mr. Trump was not available, the late Dr. V. K. Chawla did not take no for an answer.

"He spent six hours on hold," his son told CBS News, "and in those days if you didn't hang up then they couldn't just disconnect you." Chawla says the secretary told his father 'If you will please release the line then Mr. Trump will call you tomorrow.'"Mr. Trump called back the next day, according to Chawla, declining to make a deal but encouraging the elder Chawla to apply for money from the U.S. Small Business Administration.

Chawla says the conversation gave his father the self-confidence boost he needed and he applied and received the federally financed loan three months later.

Years later, when Mr. Trump was running for President, Mississippi Governor Phil Bryant (who Chawla says is a friend) asked the Chawlas if they wanted to meet the candidate at an event.  At that time, Chawla says, he and his brother favored candidates like Hillary Clinton and Marco Rubio because of his "compelling immigrant story."

Chawla says the meeting with Mr. Trump and his son Donald Trump Jr. was positive in part because they were able to share their story of their father's call to Mr. Trump from the 1980's.

Just three months ago, they got a call from the Trump Organization proposing a partnership. "I don't know why they got in touch with us," Chawla says, but he likened it to "being Kelly Clarkson from the middle of nowhere and being selected winner on American Idol…it was amazing."

Despite his excitement, he concedes some friends are not so enthusiastic. He said one friend he has known since 5th grade called him asking why he would make a deal with the president's company.

Chawla says he and his brother are not political, despite a recent set of donations by his brother adding up to $30,000 for the re-election campaign of Sen. Roger Wicker, R-Mississippi.

Chawla said he didn't vote for anyone in the election but found Bernie Sanders' authenticity the most charming.

"I think Hillary Clinton would have made a great president," he said adding, "and I'm also glad that Donald Trump is president."