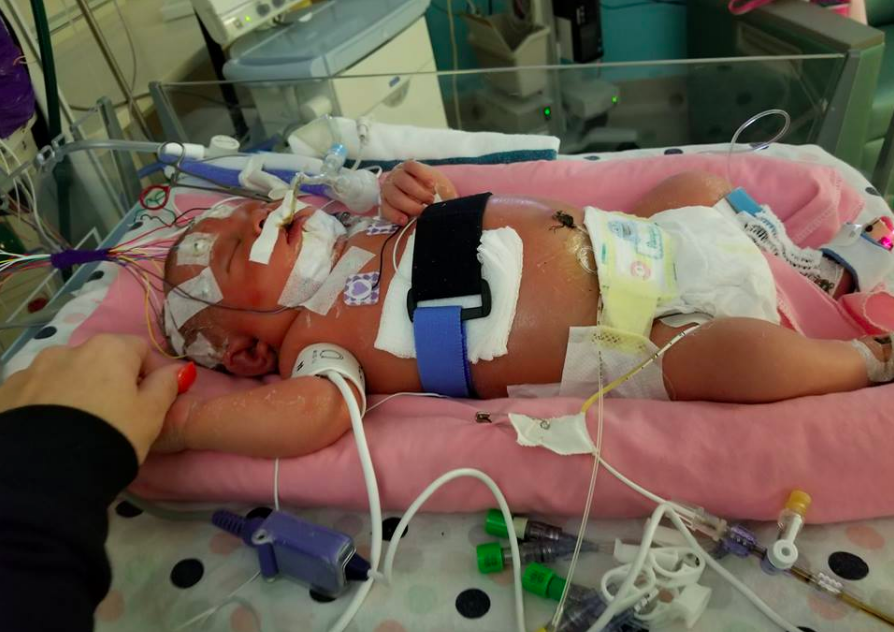 Most parents know that babies are not born with fully developed immune systems, and as such, newborns are more susceptible to illnesses and infections than the adults around them. What many parents may not know, however, is that something as simple as a kiss can be the start of a devastating infection that can even threaten their baby's life.

It's called neonatal herpes and, sadly, it claimed the life of an 18-day-old baby girl named Mariana Sifrit in Iowa this week.

According to a series of Facebook posts by Mariana's mother, Nicole Sifrit, the baby girl was born on July 1 and discharged with a completely clean bill of health, only to be admitted to the NICU and placed on life support six days later.

Her liver was failing. She was bleeding internally. Her blood wouldn't clot. And doctors quickly discovered that little Mariana had contracted viral meningitis from herpes simplex virus type 1, or HSV-1, a strain of the herpes virus likely transmitted by the kiss of an adult with a cold sore.

"Most adults are infected with HSV-1 and have HSV-1 in their mouths and saliva from time to time, but do not have any symptoms," the New York City Department of Health and Mental Hygiene explains in a statement. "HSV-1 infection can spread when infected saliva touches a mucous membrane or a cut or break in the skin."

"While HSV-1 in adults can cause the common cold sore, HSV-1 infection in newborns is very serious," the statement adds.

Neonatal herpes is also at the root of the recent controversy surrounding ultra-Orthodox Jewish circumcisions in the New York area. The religious ritual involves a rabbi sucking a small amount of blood out of an infant's wound with his mouth after the baby's foreskin has been removed. This sort of oral suction circumcision has reportedly been in existence since biblical times, but since the year 2000, New York City health officials have linked it to more than 17 cases of infant herpes.

"Most of the children reported were hospitalized, some developed brain damage, and two died," city health officials said.

The most frightening aspect of herpes simplex virus type 1 may be that while it can be deadly in infants, it is extremely common and often lies dormant in adults. That means it's a silent killer you often cannot see.

So, how can parents possibly hope to protect their babies?

For starters, you can keep an eye out for the symptoms. A child getting sick may develop fever, lethargy, skin rashes, irritability and a reluctance to eat. You can also make sure that you and everyone who touches your baby thoroughly washes their hands with soap and water first.

Lastly, "DON'T LET ANYONE kiss your baby," Nicole Sifrit advised her Facebook followers the day after baby Mariana was admitted back into the hospital.

Nicole and her husband, Shane, both tested negative for HSV-1. They still have no idea who gave the virus to their infant daughter. All they know is that they need to spread her story far and wide, so that this sort of tragedy doesn't happen to other unsuspecting parents.