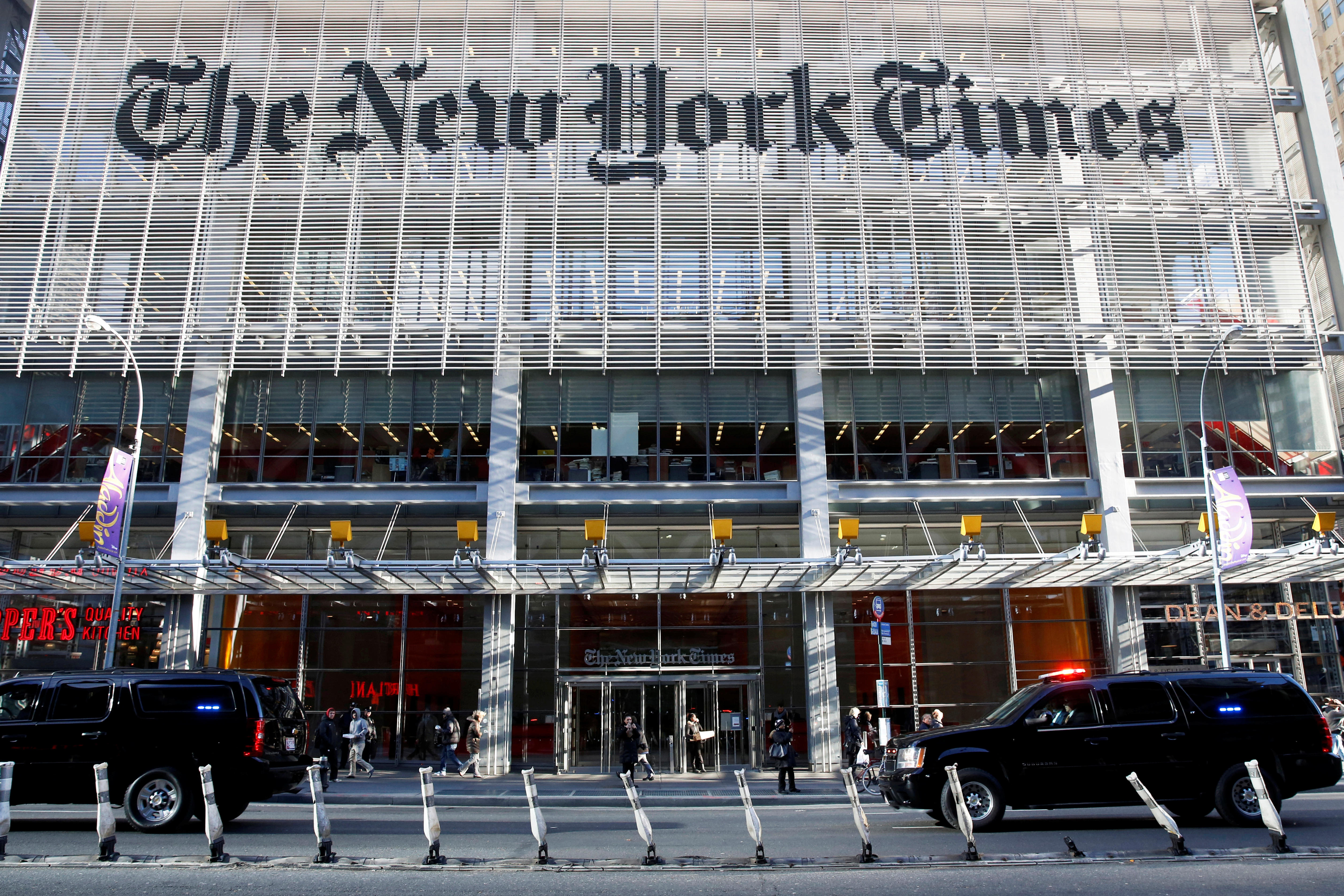 As Washington entered into a whirlwind round of "Whodunnit" after the New York Times published an anonymous op-ed Wednesday afternoon detailing a resistance-style effort inside the Trump White House to undermine the president's authority, senior administration officials are now stepping forward to say they did not author the opinion piece.

On Thursday during an overseas visit to India, Secretary of State Mike Pompeo denied being the author, telling reporters at an embassy meet-and-greet that it should not be a surprise that a "liberal newspaper" which has "relentlessly attacked" the administration chose to print the opinion piece.

He said that the Times should not have chosen to take the word of a "disgruntled deceptive bad actor" and issued a warning to the person who wrote the piece: "leave."

"I come from a place where if you're not in a position to execute the commander's intent, you have a singular option, that is to leave," Pompeo said.

Meanwhile, Vice President Mike Pence's office also denied the president's number two was behind the piece. Pence's Deputy Chief of Staff Jarrod Agen plainly tweeted that unlike the author in Wednesday's article, the vice president "puts his name on his op-eds."

Agen added that the Times "should be ashamed and so should the person who wrote the false, illogical, and gutless op-ed. Our office is above such amateur acts."

On Wednesday morning, Director of National Intelligence Dan Coats chimed in with a denial, calling any speculation that he wrote the opinion piece "patently false." Coats has been critical in the past of how Mr. Trump handled the summit with Russian President.

"Speculation that The New York Times op-ed was written by me or my principal deputy is patently false," Coats said in a statement. "We did not. From the beginning of our tenure, we have insisted that the entire IC remain focused on our mission to provide the president and policymakers with the best intelligence possible."

Officials who have not yet responded to CBS News inquiries:

Cabinet officials who have denied penning the op-ed:

Homeland Security Secretary Kirstjen Nielsen's spokesperson also issued a denial: "Secretary Nielsen is focused on leading the men and women of DHS and protecting the homeland - not writing anonymous and false opinion pieces for the New York Times."

It's also not Treasury Secretary Steven Mnuchin. Aide Tony Sayeh tweeted that Mnuchin "is honored to serve @POTUS & the American people. He feels it was irresponsible for @nytimes to print this anonymous piece. Now, dignified public servants are forced to deny being the source. It is laughable to think this could come from the Secretary."

Ambassador to the U.N. Nikki Haley, asked Thursday by the New York Times as she walked into the Security Council whether she wrote the piece, replied "No."

While speculation continues to run rampant, the president tweeted his thanks to North Korean dictator Kim Jong Un for his "unwavering faith" and later slammed the "the Deep State and the left and their vehicle the fake news media."

"The Economy is booming like never before, Jobs are at Historic Highs, soon TWO Supreme Court Justices & maybe Declassification to find Additional Corruption. Wow!" he touted.

Through a spokesperson on Thursday, first lady Melania Trump released a statement calling for the press to be "fair, unbiased and responsible."

"To the writer of the oped – you are not protecting this country, you are sabotaging it with your cowardly actions," the first lady said.

Asked to confirm whether Mrs. Trump or anyone from her office wrote it, spokesperson Stephanie Grisham also said "Of course no one here wrote it – nor has anyone suggested that."

"As someone who worked for the President since the very beginning of his campaign, and now for the First Lady,  I find the person behind the anonymous oped to be reckless and disgraceful," she said.

Labor Secretary Acosta's spokesperson said that "The Secretary does not play these sophomoric Washington games. He is definitively not the author."