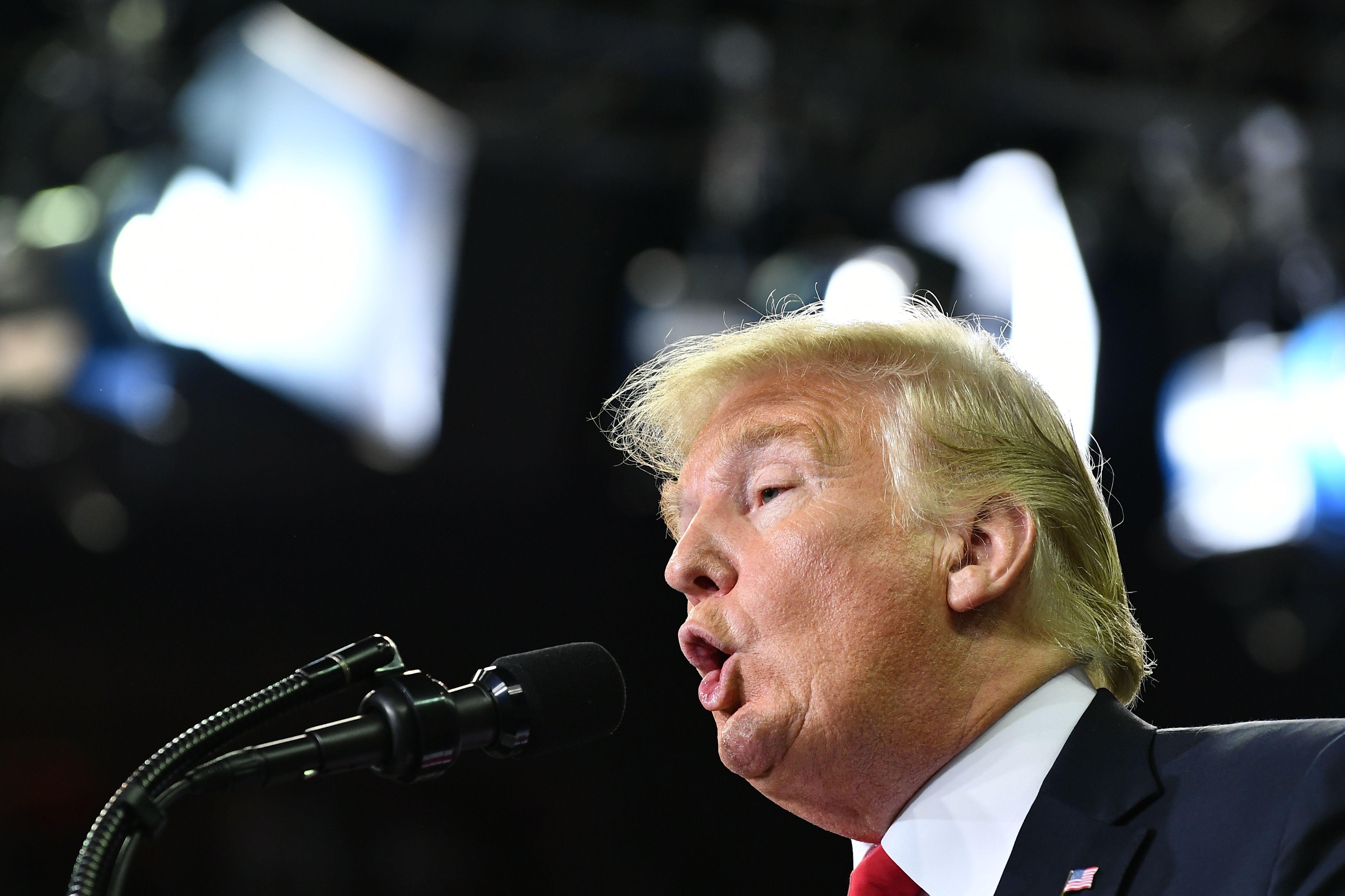 The New York Times has published an anonymous op-ed it says is by a senior official in the Trump administration, who writes that there is a "quiet resistance" to the president within his own administration "working diligently" to block President Trump's "worst inclinations." Mr. Trump slammed the op-ed and The New York Times at the White House Wednesday afternoon, and then later tweeted, "TREASON?"

In an editor's note, The Times says it knows the author's identity but agreed not to reveal it because the person's job would be jeopardized.

"President Trump is facing a test to his presidency unlike any faced by a modern American leader," the official wrote. "The dilemma — which he does not fully grasp — is that many of the senior officials in his own administration are working diligently from within to frustrate parts of his agenda and his worst inclinations."

While the official says that this cadre of administration insiders should not be associated with the "resistance" of the left, they believe that the president's actions are "detrimental to the health of our republic."

The official says, "The root of the problem is the president's amorality."

Mr. Trump addressed the op-ed during brief remarks Wednesday afternoon, slamming the "anonymous source within the administration" and calling it "really a disgrace."

"We are disappointed, but not surprised, that the paper chose to publish this pathetic, reckless, and selfish op-ed," Sanders said. "The individual behind this piece has chosen to deceive, rather than support, the duly elected President of the United States.  He is not putting country first, but putting himself and his ego ahead of the will of the American people.  This coward should do the right thing and resign."

In the op-ed, the anonymous official argues that most executive branch staffers are "working to insulate their operations from his whims," as Mr. Trump's "impulsiveness results in half-baked, ill-informed and occasionally reckless decisions that have to be walked back."

The author quotes another unnamed official as saying that "there is literally no telling whether he might change his mind from one minute to the next."

The author praises other officials who have privately stood up to Mr. Trump.

"The erratic behavior would be more concerning if it weren't for unsung heroes in and around the White House. Some of his aides have been cast as villains by the media. But in private, they have gone to great lengths to keep bad decisions contained to the West Wing, though they are clearly not always successful," the official writes.

The author also criticizes the president's friendliness towards autocrats and dictators such as Russian President Vladimir Putin.

The official says there some "early whispers within the cabinet" of the 25th Amendment — which provides a mechanism for replacing a president who is incapacitated — but "no one wanted to precipitate a constitutional crisis."

"The bigger concern is not what Mr. Trump has done to the presidency but rather what we as a nation have allowed him to do to us. We have sunk low with him and allowed our discourse to be stripped of civility," the official writes.

"There is a quiet resistance within the administration of people choosing to put country first," the official ends his op-ed. "But the real difference will be made by everyday citizens rising above politics, reaching across the aisle and resolving to shed the labels in favor of a single one: Americans."

At a meeting with sheriffs from around the country at the White House Wednesday afternoon, Mr. Trump denounced the op-ed and took a jab at The New York Times.

Mr. Trump tweeted later about the op-ed-, writing just "TREASON?" in one tweet. In another, he showed a video of his comments at the White House and wrote "The Failing New York Times!" In a later tweet, he asked if the "the so-called 'Senior Administration Official' really exist, or is it just the Failing New York Times with another phony source? If the GUTLESS anonymous person does indeed exist, the Times must, for National Security purposes, turn him/her over to government at once!"