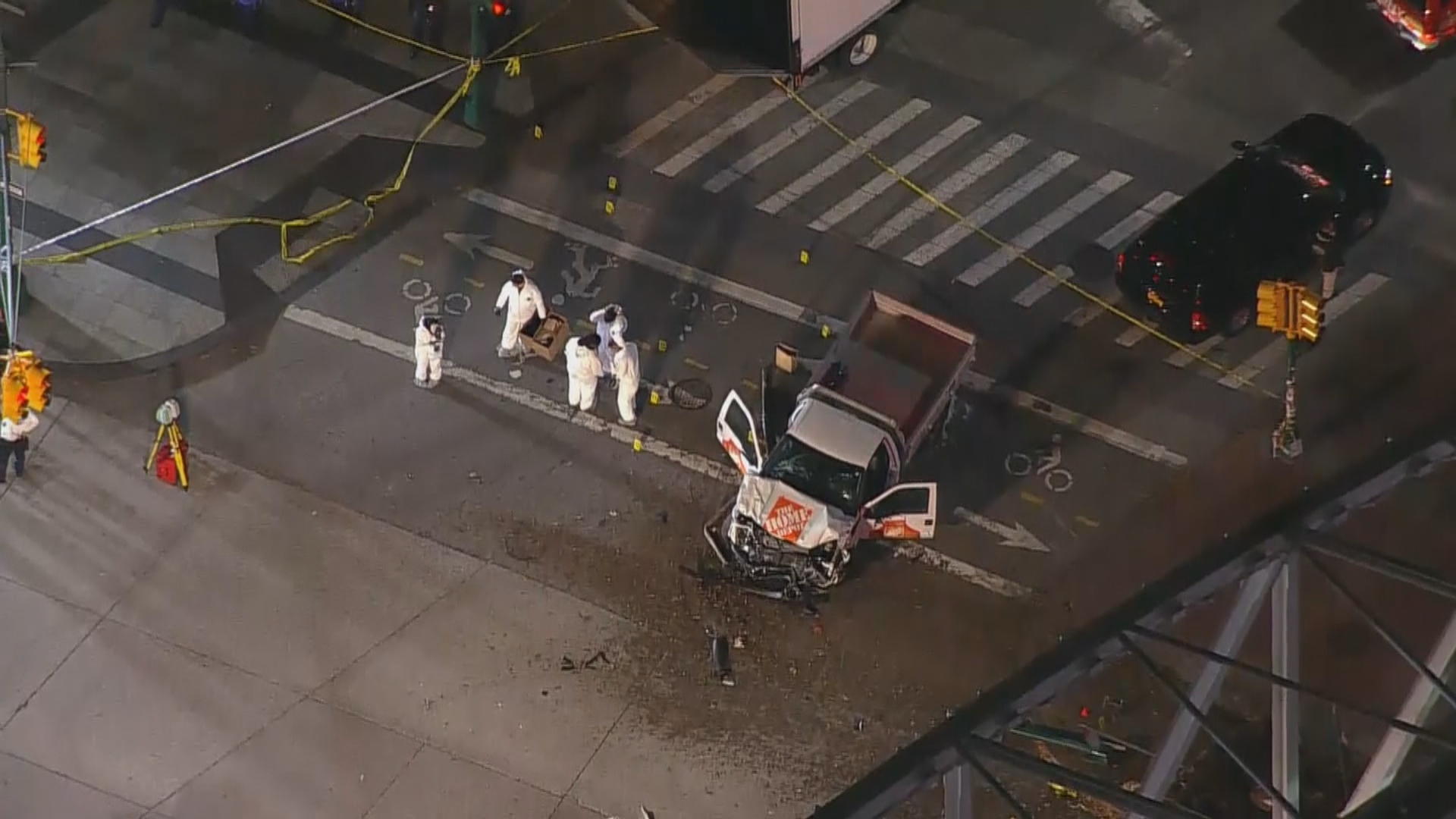 Police say the suspect, 29-year-old Sayfullo Saipov, drove a rental pickup truck down the path for about one mile hitting cyclists and pedestrians along the way.

New York City has more than 1,000 miles of bike routes, and more than 200 bike lanes just in Manhattan, reports "CBS This Morning" co-host Norah O'Donnell. That type of public space is one terrorists are increasingly targeting, with a tactic that is difficult to prevent.

It's a recipe for terror we've seen before: a driver in a speeding truck or van, killing and injuring scores of people in its path from Nice to Berlin in 2016 and from Barcelona to London this year.

The origin of the attacks point to a 2010 issue of al Qaeda's "Inspire" magazine. Inside shows a photo of a pickup truck with a headline that reads "The Ultimate Mowing Machine."

The terror group's instructions mirror Tuesday's attack in New York. Among the ideal targets: "pedestrian only locations" and "narrow spots are also better because it gives less chance for people to run away."

"They left the house this morning were enjoying the beautiful west side of Manhattan on a beautiful fall day and they are not going to be returning home," said New York Gov. Andrew Cuomo.

Listed as the busiest bicycle path in the U.S., the Hudson River greenway stretches nearly the entire west side of Manhattan. The section Saipov targeted is no more than 20 feet wide lined with tennis courts and parks on one side and a busy multi-lane highway on the other. Steel posts are installed at several intersections but none that stopped Saipov from getting through.

"We went and did extensive outreach to the truck rental business," said NYPD deputy commissioner John Miller. He says the department has spent years preparing for vehicle-borne attacks.

"We visited over 148 truck rental locations in this area -- the obvious ones U-Haul, Ryder, Home Depot, et cetera, and talked about suspicious indicators after attacks on the German Christmas market, after Nice, we repeated those visits two more times. So the industry has had a high level of awareness on this matter from the NYPD," Miller said.

CBS News reached out to several rental truck companies. U-Haul says it uses a combination of data and techniques influenced by law enforcement to decide whether each customer should be given a key. Home Depot says it's their standard approach for employees to alert authorities if they see anything suspicious in their stores.