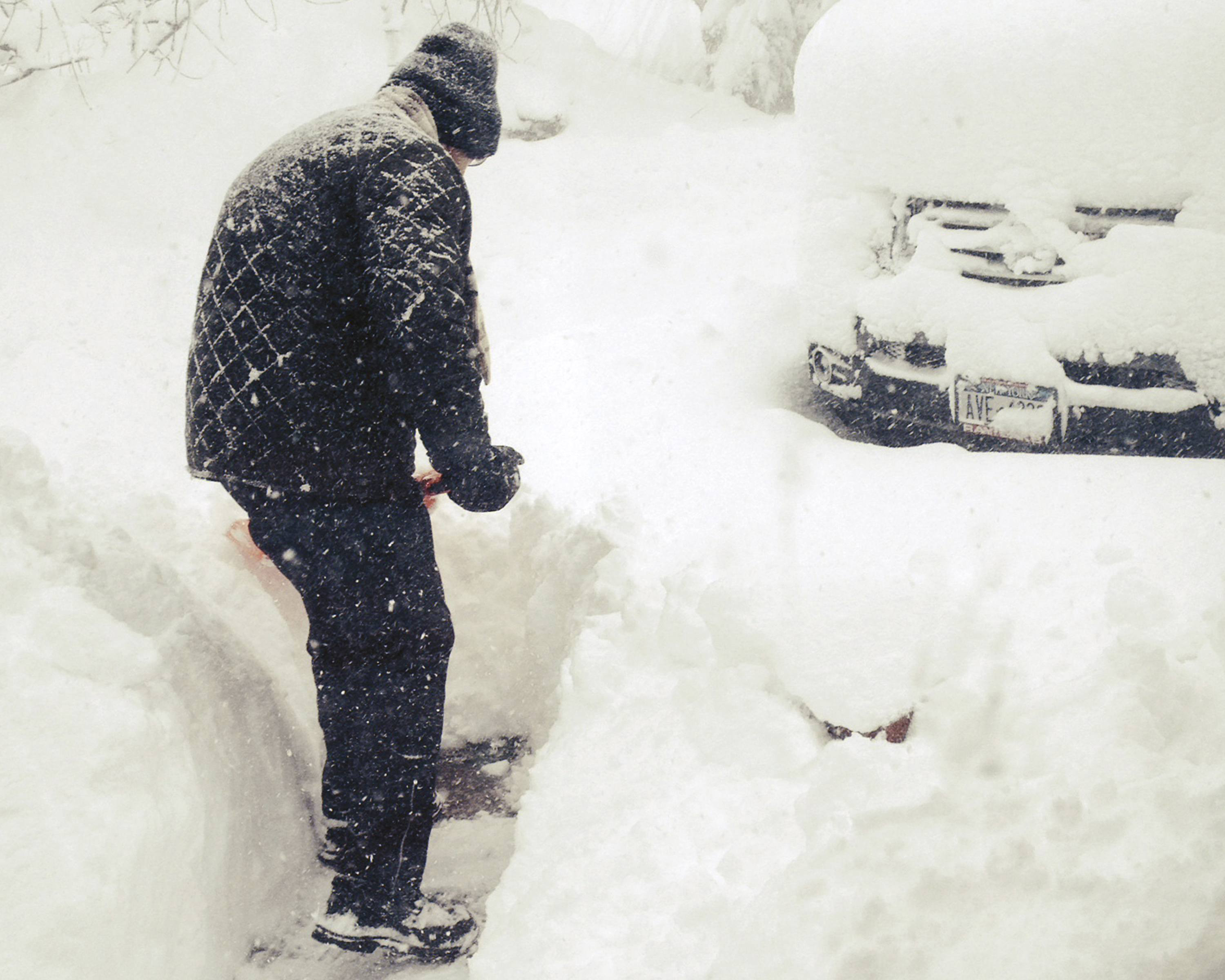 BUFFALO, N.Y. -- At least four deaths are being blamed on a storm that's dumped more than 4 feet of snow in western New York.

Erie County officials say one person was killed in an automobile accident and three others had heart attacks, including two believed to be shoveling snow at the time.

In a region accustomed to regular highway-choking, school-closing snowstorms, this one is being called one of the worst in recent memory.

Crews have been trying to reach about 150 stranded cars, trucks and buses on a four-mile section of highway near Buffalo. Some motorists have been stuck for nearly 24 hours. Troopers used all-terrain vehicles to deliver supplies, state police Capt. Ed Kennedy said.

"Other than wishing they weren't stuck in traffic, they're warm and safe in their vehicles," Kennedy said.

"There are some significant main arterials in the community that are basically parking lots," Poloncarz said.

Members of the Niagara University women's basketball team were napping on and off 17 hours into their wait, and their coach says some resorted to drinking melted snow.

The National Weather Service warns that the snow, generated by cold air blowing over the warmer Great Lakes, will continue through Wednesday and could eventually total 6 feet in places.

Meteorologists say temperatures in all 50 states fell to freezing or below on Tuesday.

The wintry blast that included bitter cold in spots created havoc across a wide swath of the country. In New Hampshire and elsewhere, icy roads led to accidents. Lake-effect storms in Michigan produced gale-force winds and as much as 18 inches of snow and canceled several flights at the Grand Rapids airport.

CBS News correspondent Vicente Arenas reported that blinding, driving snow fell along the eastern shores of Lake Michigan on Monday night at a rate of more than an inch an hour. But they're used to that kind of weather in Kalamazoo, even if winter is still a month away.

Despite the harsh conditions, marathon runners training outside kept their pace.

Schools closed in the North Carolina mountains amid blustery winds and ice-coated roads. In Indiana, three firefighters were hurt when a semitrailer hit a fire truck on a snowy highway.

In Buffalo, Brian Krzeminski watched the snow pile up outside the south Buffalo convenience store where he worked overnight and served free coffee to the motorists and pedestrians who came in off the city streets to get out of the blinding snow.

"There are people that came out to get a few things. We had some people who came in just to get a 30-pack of beer, which is kind of odd," he said. "We've had EMTs whose ambulance got stuck. I'm constantly seeing cars get stuck."

Lancaster, just east of Buffalo, reported 42 inches by 9 a.m., while just to the south, in Orchard Park, there was 36 inches. One Lancaster resident, Nicole Schuman, took a picture of a deer stuck in her parents' snow-covered yard.

She later reported on the animal's status via Twitter:

The National Weather Service warned that the snow, generated by cold air blowing over the warmer Great Lakes, would continue through Wednesday and could eventually total 6 feet in places.

"We have tried to get out of our house, and we are lucky to be able to shovel so we can open the door. Basically, that's it, open the door," said Linda Oakley of Buffalo. "We're just thinking that in case of an emergency we can at least get out the door. We can't go any further."

"All around us, it's a solid four feet of snow that is so thick and so heavy you can hardly move it with a shovel," said Oakley, whose son Todd was with her, unable to make it to work just three miles away.

Some members of the Buffalo Bill took to Twitter to chronicle their experiences in the snow:

Jim Lehmann was hunkering down at home with his wife in Hamburg. His neighbor's house was barely visible through the blowing snow.

"The main thing to do now is sit in the house and wait it out," Lehmann said. "My neighbor works for a satellite dish company and he tried to get out this morning and he got stuck 80 feet down the street. And he was there for three hours."

The town of West Seneca recorded 45 inches by late morning and Alden, to the east, had 48 inches. But typical of lake-effect snow, areas just a few miles away, including downtown and north Buffalo, had just a couple of inches.

At one point, nearly half of West Seneca's plows were bogged down in heavy snow, officials told The Buffalo News. In neighboring Orchard Park, the highway superintendent called the rate of snowfall "unbelievable," while next door in Hamburg police cars were getting stuck.

Oakley and her son, Todd, were passing the time watching "Dumb and Dumber" on Netflix.

"We can't even walk down to the end of the street and get ourselves a pizza," she said, laughing. "Maybe if you had snow shoes, I don't know."