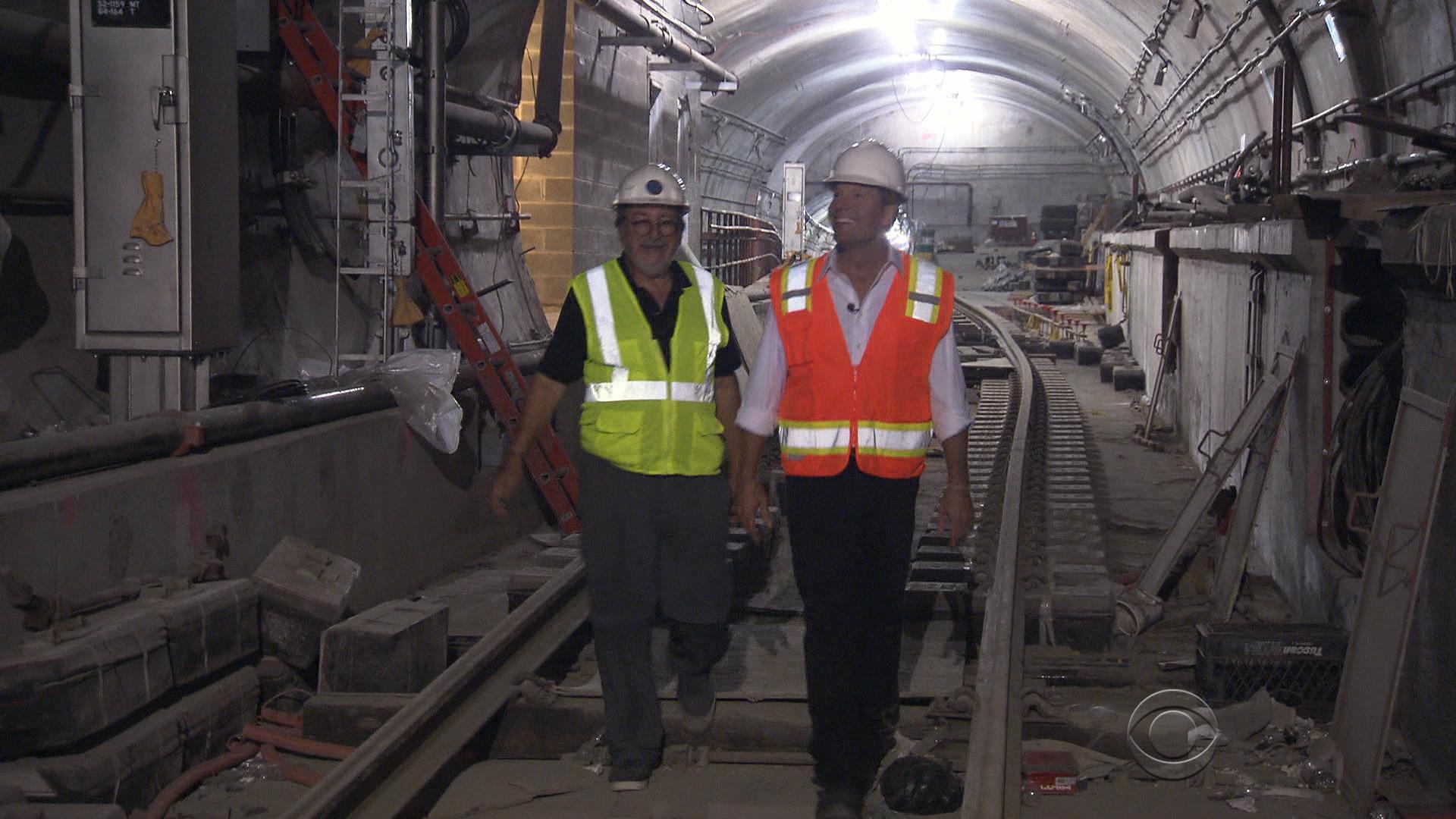 NEW YORK - New York is known for its magnificent skyscrapers -- but there is an equally amazing world deep below the city. And it's about to get bigger.

CBS News went ten stories beneath the most densely-populated city in the nation to see one of the most ambitious construction projects ever. A two-mile section of the Second Avenue subway is expected to be finished by the end of next year. It cost roughly $4.5 billion dollars -- nearly a third of which came from the federal government.

But unlike Boston's "Big Dig," and San Francisco's new Bay Bridge, this project will come in under budget and on time.

"We are about 84, 85 percent done. And the next 15 percent are probably the toughest one to accomplish because we're talking about integrating a brand-new line with something that goes back 100 years," Michael Horodniceanu of the Metropolitan Transit Authority (MTA) told CBS News.

The subway line was first proposed in 1919. Over the decades, crisis after crisis derailed the project until it began in earnest in 2007.

This is the first major expansion of the New York City subway system in 50 years and the agency says that there has never been an urban project like this conducted in such a densely populated area.

With 100,000 people per square mile above, the biggest obstacle wasn't digging through bedrock -- it was disrupting the bedrooms.

"Here, when you blast, and you blast at 9 o'clock at night, and all the children living in these buildings are awakened by the blast, that's something that -- when the contracts were issued, no one thought about it, okay," Horodniceanu said.

The MTA launched an aggressive community outreach program to show that the mythological subway will someday actually exist -- but for anyone who's ever renovated anything... we understand your skepticism.