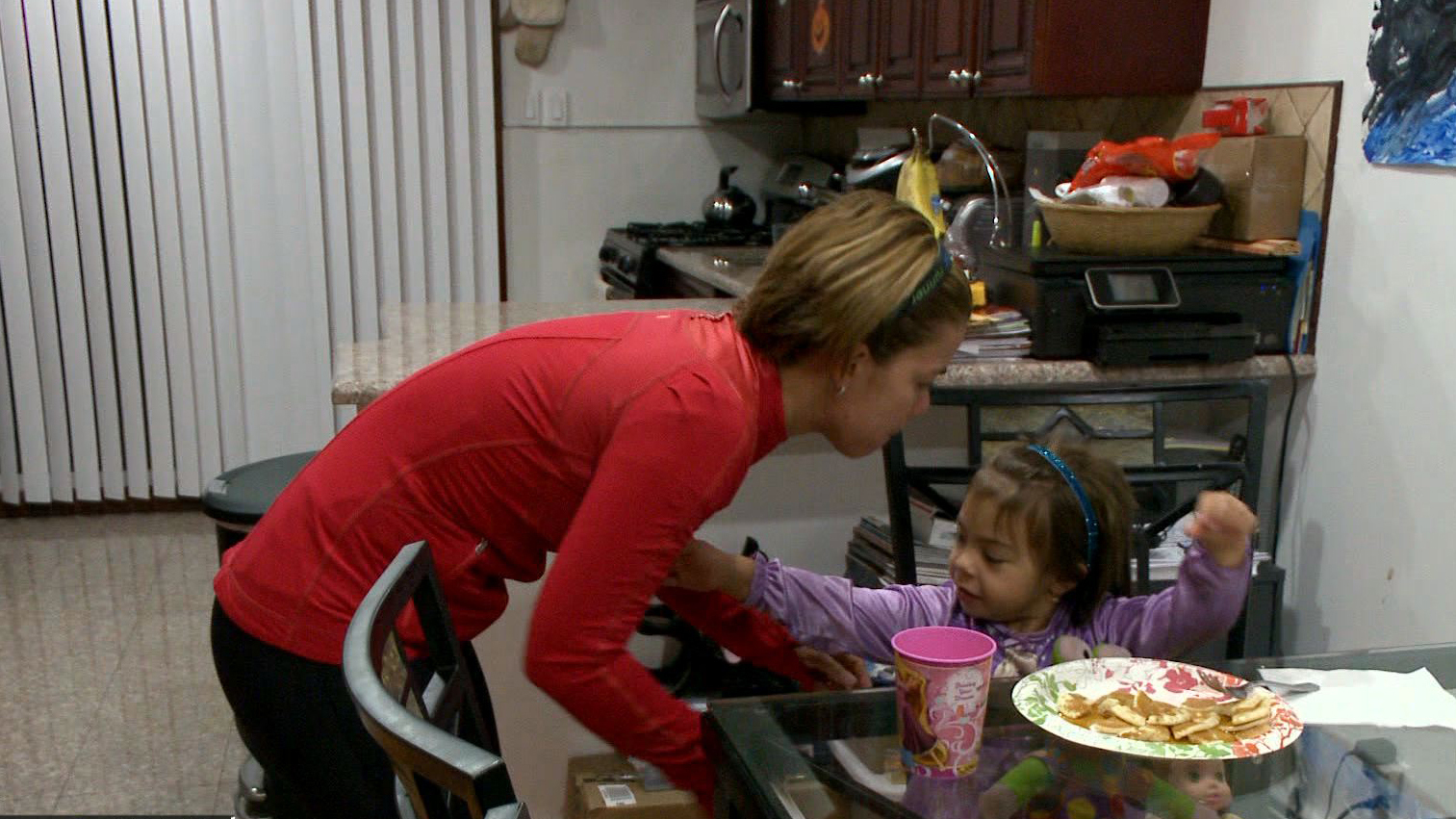 (CBS News) Tens of thousands of determined runners are in New York this weekend, and on Sunday they'll be racing in the New York City Marathon. Among them will be a Staten Island mother, Jen Correa, who was set to run last year until Superstorm Sandy hit and her life was turned upside down.

"This past year has been the do-over for me," Correa told CBS News' Lee Woodruff. "All I need to do is get to that finish line, and it's the start of a new life."

Correa and her family were living on Staten Island, directly in the path of Superstorm Sandy. She evacuated safely with her children P.J. and Alyssa, but her husband Peter stayed behind to help a neighbor.

The family isn't strangers to having someone be in an uncertain situation. Peter Correa was a first responder after the Sept. 11 terror attacks and then he was in Iraq with the military.

"If there's something that he can do to help, he's going to do it," she said.

As the floodwaters rushed into their home, her husband became trapped. He left his wife a voicemail, saying he loved her.

"Never in my life has he ever made that type of goodbye phone call," she said. "I just assumed he was gone."

However, he narrowly escaped and floated to safety using their kitchen table as a makeshift raft, but the storm surge destroyed their home and everything inside.

Correa also said goodbye to her dream of running last year's New York City marathon. Officials canceled the race less than 48 hours before its scheduled start to concentrate resources on storm relief instead.

But that didn't slow Correa down and just two months after the storm, she was running again.

"I love running," she said. "So if my struggle is to get through this distance, so be it."

The Correas stayed with friends until they could rent an apartment and start to slowly piece their lives back together.

Friends, relatives and complete strangers pitched in or made donations.

"These are the people that I have to cross the finish line for along with myself, my family and all the other Sandy victims," she said.

She said that running the marathon means that she's "won."

"As a family, we've been strong, and that's how we've won as a family, but as an individual, for myself, I had to prove that I am strong enough to do it, that Sandy didn't take that away from me," she said.

Proving that sometimes what really matters is not just crossing the finish line, but rather all the steps it took to get there.

For Lee Woodruff's full report, watch the video in the player above.

How the outlawed practice of redlining is still hurting Black Americans