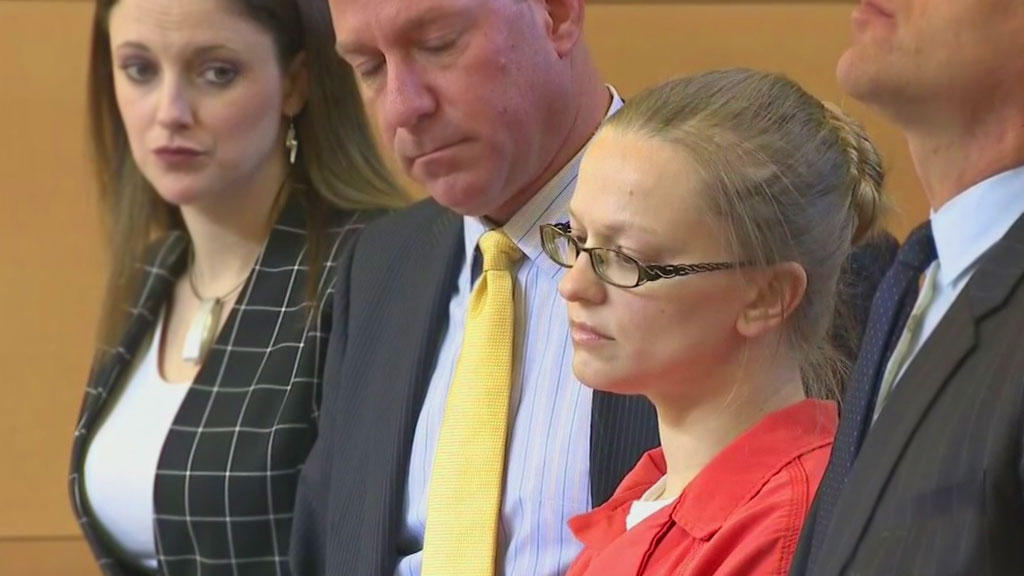 The woman who pulled the plug on her fiancé's kayak during a paddle on the Hudson River was back in court Monday, fighting for money from his life insurance policy. CBS New York reports that after months of negotiations, attorneys announced a settlement.

Angelika Graswald walked out of the Dutchess County courtroom without a word, but with a decision. She is entitled to at least a portion of her deceased fiancé's life insurance payout.

"There is a financial settlement, the amount of which is confidential," said Anthony Piscionere, Graswald's attorney.

Graswald pleaded guilty to criminally negligent homicide in June 2017. She pulled a drain plug in Vince Viafore's kayak while the couple was paddling on the Hudson near Bannerman Island on April 19, 2015. She was 37 at the time, while Viafore was 46. "48 Hours" investigated the case in the episode, "Death on the Hudson."

After watching him drown, she reported her fiancé missing. His body was recovered nearly a month later.

In her plea, Graswald admitted to failing to perceive that her actions would lead to his death.

"The criminal plea did not disqualify our client from taking these funds. They still had to prove that she recklessly or intentionally committed this murder, and I think that was going to be a very high bar for them to meet," Piscionere said.

Graswald served less than three years in prison before she was released in December 2017. In New York, the maximum sentence for this type of crime is four years.

The judge had been planning a hearing, saying, based on the charges Graswald pleaded guilty to, one was needed to determine if she was entitled to the life insurance money.

Viafore's family had been trying to block any sort of settlement and his mother previously had said they would consider pursuing a wrongful death suit in civil court.

"There's nothing worse than losing a child, and that is something you will never get over. You have to live with it every day," Mary Ann Viafore said back in January.

But the family's hard-line stance seemed to soften a bit in the days leading up to Monday.

"It's time to let this family move on," said Allan Rappleyea, the attorney for the Viafore family, said.

Rappleyea informed the family of the settlement after a closed meeting with the judge, which he said addressed other loose ends in the case.

"Including that Ms. Graswald will not be pursuing the disturbance of her criminal conviction," Rappleyea said.

He said the family is "happy it's behind them." The family did not respond to requests to talk about the settlement.

"This was done with the assistance of the court. We didn't have any direct conversation with them," Rappleyea said.

We don't know how much she'll get, but Viafore had named Graswald beneficiary of 45 percent of his death benefit, a little more that $491,000.

The life insurance money has been in the court's possession since the lawsuit to stop disbursement was filed. Now it will be distributed according to the confidential settlement.