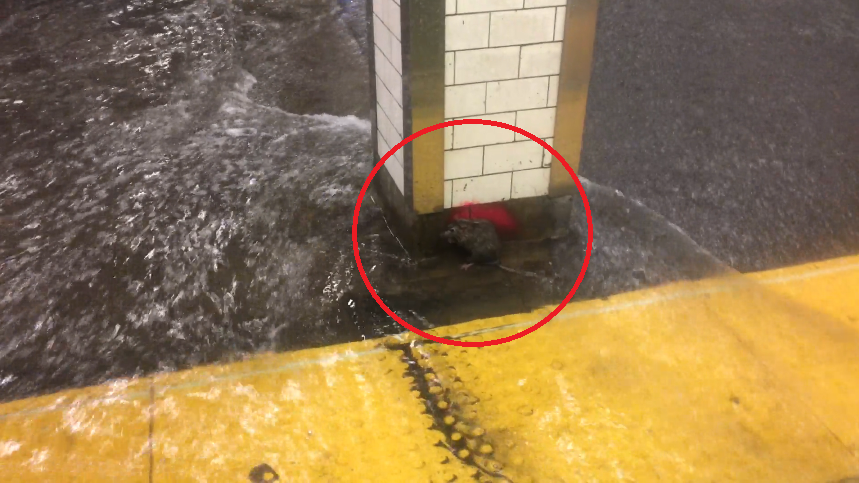 Move over pizza rat -- there's another rodent that has captured the internet's heart.

The so-called "flood rat" was spotted at the 23rd Street 6 line subway station, next to a support beam as fast-moving water swirls around him.

As one Reddit user wrote, "I hate rats but I do feel bad for him."

There's no immediate word on the fate of "flood rat" after the storm.

Take a look at "flood rat" in the video below: