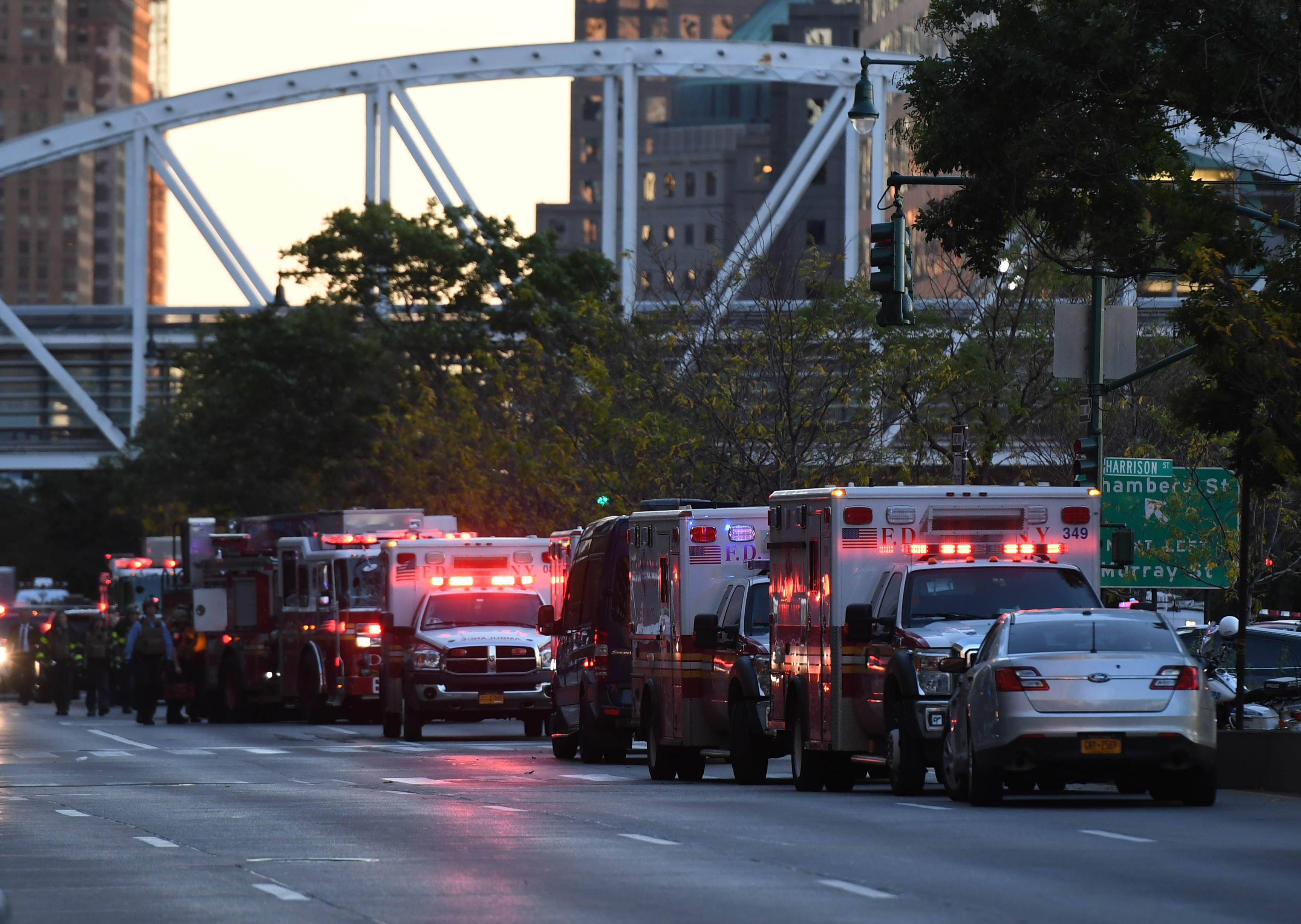 President Trump responded via Twitter to the attack in New York City Tuesday afternoon in which a motorist struck and killed several people after driving onto a busy bicycle path near the World Trade Center memorial before being shot by police.

"In NYC, looks like another attack by a very sick and deranged person. Law enforcement is following this closely. NOT IN THE U.S.A.!" the president tweeted.

"We must not allow ISIS to return, or enter, our country after defeating them in the Middle East and elsewhere. Enough!" he tweeted. He also tweeted "God and your country are with you!"

In a longer statement, the White House said the Trump administration will "provide its full support to the New York City Police Department, including through a joint investigation with the Federal Bureau of Investigation."

Eight people were killed and 13, including the suspect, are being treated for injuries for what New York City officials described as a terrorist attack.

The Reuters news agency points out that Mr. Trump ran in 2016 pledging to crack down on illegal immigration for security reasons and called for "extreme vetting" of foreigners entering the U.S.

New York Gov. Andrew Cuomo said the attack appeared to be "lone wolf" incident with no immediately obvious connection to a terrorist organization. Law enforcement sources told CBS News that the suspect, Sayfullo Habibullaevic Saipov, yelled "Allah Akbar," or "God is great" in Arabic, before exiting the vehicle and being shot by police.

CBS News has learned that a note was found in or around the truck that referenced the Islamic State of Iraq and Syria (ISIS).

White House Press Secretary Sarah Huckabee Sanders said Mr. Trump has been briefed on the incident by White House Chief of Staff John Kelly and "will be continually updated as more details are known."

"Our thoughts and prayers are with all those affected," she added.

Attorney General Sessions and FBI Director Christopher Wray have also been briefed on the attack. The State Department issued a statement saying they are "closely monitoring the situation."

Ivanka Trump tweeted a similar sentiment, posting there is "heartbreaking news coming out of NYC."