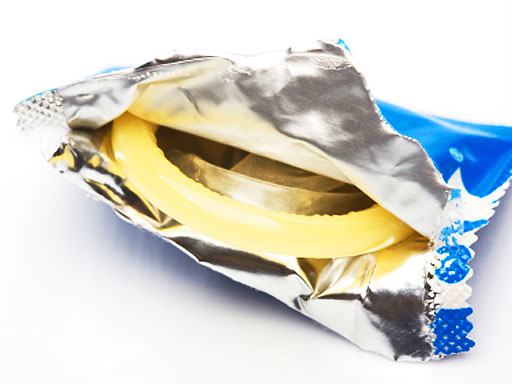 (CBS) Plain-old condoms could soon be in for some stiff competition - in the form of new erection-enhancing prophylactics some are calling "Viagra condoms."

The condoms contain a gel designed to help men maintain a firm erection, the Wall Street Journal reported. Some men have trouble maintaining an erection while using condoms, and that can cause condoms to slip off - raising the risk not only of unwanted pregnancy but also of catching or spreading a sexually transmitted disease.

In addition to helping men preserve their erections, the company behind the condoms says they make erections bigger, the Daily Mail reported.

The gel works by boosting blood flow to the penis, KDFW TV reported. It's similar to a drug used to treat the heart condition angina. But are the condoms a good idea - or just a marketing gimmick?

Dr. Irwin Goldstein, a sexual medicine expert in San Diego and editor-in-chief of the Journal of Sexual Medicine, told CBS News in an email that erection-enhancing condoms are an "interesting" and "novel" idea. But, he said, they "will have to be proven to be safe and effective compared to oral PDE 5 inhibitors," a reference to Viagra and similar medications for erectile dysfunction.

And, Goldstein said, it would be important to make sure that "the drug does not pass from the condom to the woman."

The technology has been licensed to the company that owns the condom brand Durex, and regulators in Europe are coming close to approval of the condoms there, Portfolio.com reported.

Calls to the company's U.S. headquarters went unanswered in time for this article. No word on when, or if, the condoms will be coming to the U.S.