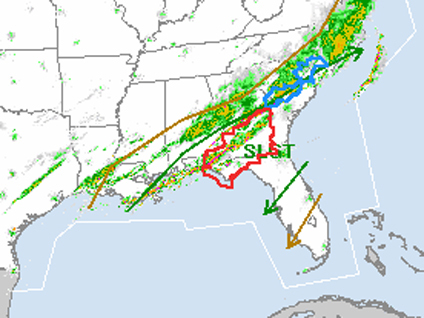 At 12:55 p.m. ET meteorologists continued to track a tornado located near Deenwood or near Waycross, moving east at 35 mph.

At 10:33 a.m. ET a developing tornado was detected by the weather service 7 miles west of Boston, Ga., moving east.

On Friday the weather service had issued 269 tornado warnings by 10 p.m. Only 189 warnings were issued in all of February.

Friday's outbreak came two days after an earlier round of storms killed 13 people in the Midwest and South, and forecasters at the National Weather Service's Storm Prediction Center had said the day would be one of a handful this year that warranted its highest risk level.