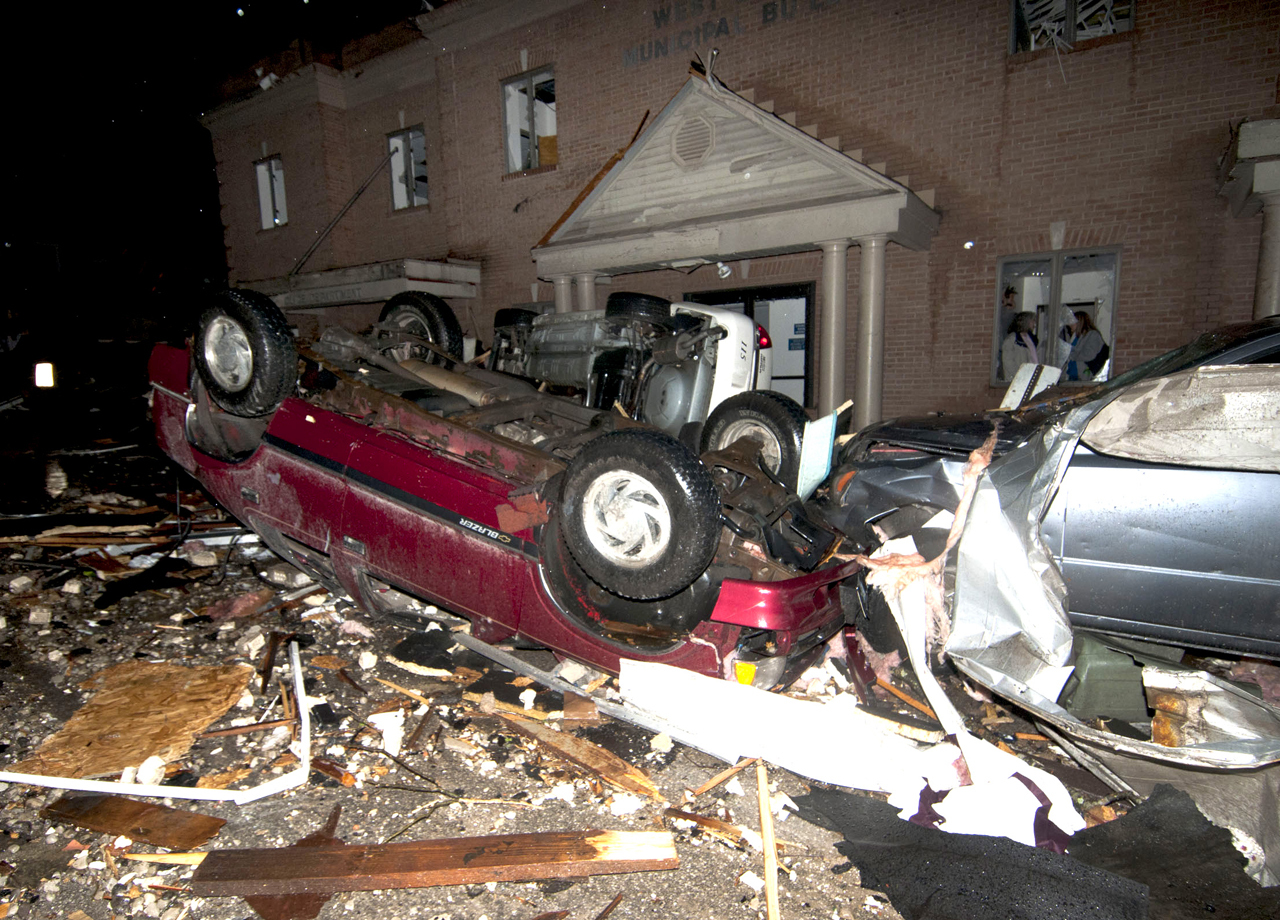 (CBS News) Henryville, Ind. - A string of deadly tornadoes in the Midwest and South has left at least 35 people dead in four states.

Seventeen deaths were confirmed in Kentucky. The latest death toll figures from local authorities also include 14 dead in Indiana, 3 in Ohio and 1 in Alabama.

State police here say it has been a painstaking process, searching for the missing, and they say the death toll is likely to rise.

The storms barreled through Henryville, Ind. with a violence that shocked even veteran emergency workers, such as Ind. State Police Sgt. Jerry Goodin. "The worst-case scenario happened for us," he says. "We had multiple tornadoes. It happened all of a sudden. ... We knew there was a possibility that this was going to happen. We were trying to prepare. But you can't prepare for this. There's no way that you can prepare for something like this happening."

The storms tore apart houses and ripped the roof off the high school. Authorities say all the students inside escaped unhurt.

But there are people missing. And without power or cell service or landlines, finding them is not easy.

Family members were coming to a candle-lit church basement to add their loved ones' names to the list of those unaccounted for.

In neighboring West Liberty Ky., seven people were killed, and the number was expected to grow.

The Kentucky National Guard was sent out to help assess the damage and help with the cleanup of the destroyed downtown.

Back in Henryville, Tony Yates is thankful to have his 6-year-old daughter, Gabrielle, at his side. She was in a school bus when the storms hit.

"It broke to pieces. The wheels came off, the seats were broken," she says. "I had to walk in school, and the whole school fell down."

Officials say law enforcement personnel spent the night searching hundreds of miles of dark county roads. It has been very difficult. There has been no power, phone service or Internet or BlackBerry service. Many communities in this rural area have simply been cut off.