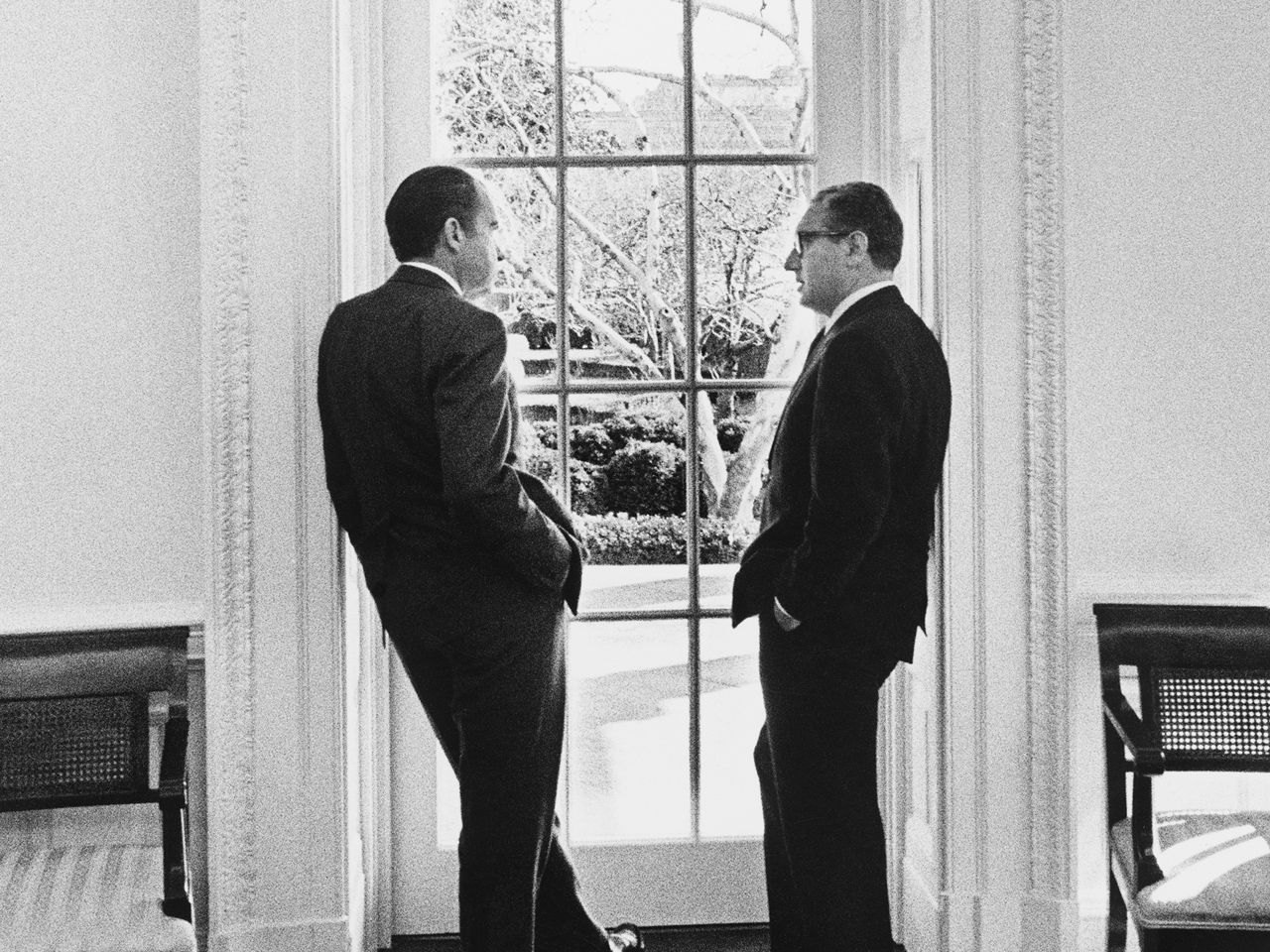 President Richard Nixon actually wanted his conversations CAUGHT ON TAPE -- never dreaming they would ultimately lead to his resignation 40 years ago this summer. After all this time, the tapes are still yielding secrets. This morning Mark Strassmann shares a few of them:

In July of 1973, the Senate Watergate committee cornered Richard Nixon. His Oval Office had a secret recording system.

The tapes suggested a criminal conspiracy that reached the president.

In August 1974, as impeachment loomed, Nixon resigned in disgrace.

"Here we have this unique presidential record -- 3,700 hours," said Luke Nichter, an associate professor of history at Texas A & M. "And only around five to seven percent had ever been transcribed. For a historian, this is a gold mine."

Nichter has dusted off a library of Nixon tapes in the National Archives: "They're part private conversations and deliberations. They're the policymaking process in real time. Nixon thought he was making history, and he wanted to record that history."

Transcribing that history took Nichter 10 years. Some tapes are much easier to understand than others.

Nichter sighed: "My wife, Jennifer -- there were just some periods of time when she says, 'No Nixon.'"

In April 1971, halfway through his first term, Nixon had seven secret microphones installed in the Oval Office.

Feb. 16, 1971:
Nixon: "Mums the whole word. I will not be transcribed."
White House aide Alexander Butterfield: "Correct."
Nixon: "This is totally for, basically, to be put in the file. In my file. I don't want it in your file or Bob's or anybody else's. My file."
Butterfield: "Right."

The system was voice-activated, round-the-clock, and unprecedented.

"FDR did a little selective taping, we have John F. Kennedy's tapes during the Cuban Missile Crisis, Johnson tapes on civil rights, and all that are valuable," said professor Douglas Brinkley, who teaches history at Rice University and is a CBS News consultant. "Nixon, it's the whole kit and caboodle."

Brinkley said, "There's bigotry about people in the Third World. There's a lot of sort of barnyard cursing, unpleasant amount of backstabbing and duplicitous paranoia going on."

The tapes cover 1971 and 1972. Foreign policy issues dominate: as Nixon conducts disarmament talks with the Soviet Union and opens the door to China.

"Nixon is playing the chess game of the world," said Brinkley. "He's moving all the pieces and his goal is to make American the preeminent power, and if we had to share our power throne with somebody, it would be China. So you can come away respecting his intellect while disliking the lack of moral fiber in the man."

The war in Vietnam often dominates the conversation. Nixon wants peace -- but what he calls "peace with honor."

Nixon: "We'll bomb the hell out of North Vietnam. Get my point? Just bomb the living bejeezus out of it, and everybody would approve of it."

"And what's clear is that Nixon is making decisions about the Vietnam War that really don't have a lot to do with Vietnam," said Nichter. "'Bombing the beejezus out of Vietnam,' killing South Vietnamese, killing North Vietnamese, putting our own soldiers and South Vietnamese in harm's way where they'll lose limbs and lose their lives, simply to show the Chinese we're tough, to show the Soviets we mean business."

The tapes show Nixon micro-managing the war in no uncertain terms, with tough laguage: "You will do this." "This is an order." "The briefer needs to be here TOMORROW."

April 3, 1972:
Nixon: "Now I'm not going to have that kind of crap any more. From now on, that man is to have his ass over here in this office at 7 o'clock every morning. Is that clear?"

In fact, Nixon was micro-managing foreign policy in general. Henry Kissinger was the National Security Advisor, but this was an Oval Office full of shifting alliances and backstabbing.

March 9, 1971:
Nixon: "Good God! You know, his people were crucified over there. Jesus Christ! And five million of them, popped into bake ovens! What the hell does he feel about all this?"
Bob Haldeman: "Well, what he ought to recognize is even if he had no problems at all on it, it's wrong for the country, for American policy in the Middle East, to be made by a Jew."
Nixon: "That's right."

On another tape, Kissinger tries to set aside concerns about his religion in U.S. policy toward the Soviets:

"Henry Kissinger had a big, big ego," said Brinkley. "But Nixon knew he was taping Kissinger, and Kissinger didn't know. So it was a bit of an unfair advantage for the president and I can imagine Dr. Kissinger must put his head under a pillow every time he hears there's some new tape revelation!"

Also revealing is how Nixon viewed his potential Democratic rivals in 1972.

April 17, 1972:
Nixon: "It will be hard enough for Hubert Humphrey in this chair, will be hard enough for him to conduct a foreign policy of the United States that's knocked the hell out of South Vietnam. It'll be very hard because he is a gibbering idiot at times; well-intentioned but gibbering. Muskie has proved that he has no, no character. And Teddy is a -- well, unbelievable, I mean."

Senator Ted Kennedy and his wife, Joan, were the subject of a conversation that showed Nixon's love of political gossip:

Seven-hundred hours of Nixon tapes remain unreleased. Half is still classified, the other half because discussions are too personal. Nichter has listened to almost all the rest -- a rare backstage pass to White House power politics and Nixon's complex personality.

April 15, 1971:
Nixon: "What is the most important single factor that should come across out of the first two years? Guts! Absolutely. Guts! Don't you agree, Henry?"
Kissinger: "Totally."

"Nixon really is like a prism," said Nichter. "You know, you can turn it any way you want, and the light will hit it different ways."