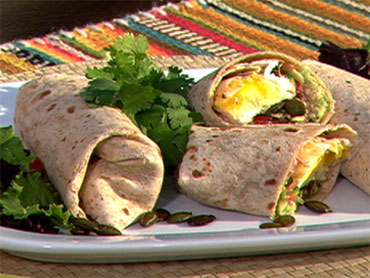 The U.S. military is investigating whether American soldiers abused an Afghan detainee so badly that he died last year at a special forces base in southeastern Afghanistan, an official said Tuesday.

The criminal case, the latest in a string of probes into alleged abuse of prisoners in U.S. jails here, was opened over the weekend following a report that Afghan investigators concluded that the young militiaman may have been murdered.

"We do have an ongoing criminal investigation," said Chris Grey, a spokesman for the Army's Criminal Investigation Command at Virginia's Fort Belvoir. The probe focused on "an alleged death of an Afghan detainee and alleged abuse," he said.

Grey said the military was responding to an account in the Los Angeles Times of how an 18-year-old Afghan named Jamal Naseer died after he and seven other militia soldiers were seized by U.S. soldiers in March 2003.

Citing a report by Afghan military prosecutors and witness statements, the newspaper said the men were held for 17 days at the special forces base in Gardez, the capital of Paktia province.

Survivors said they were beaten, hung upside down and struck repeatedly with sticks, rubber hoses and cables, the newspaper reported. Some alleged they were immersed in cold water, made to lie in the snow, or subjected to electric shocks.

It said Naseer died on March 16 after complaining of abdominal pains, and that hospital officials and his mother said his corpse showed signs of severe bruising.

Trying to deflect the kind of scandal that followed the abuse of prisoners at the Abu Ghraib prison in Iraq, the current commander of U.S. forces in Afghanistan in May ordered a review of their secretive network of about 20 jails at bases across Afghanistan.

The military is to announce on Wednesday when it will release parts of the report, drawn up by a long-serving brigadier general. Officials have said details including interrogation techniques will remain classified.

After Naseer died, the seven other detainees, led by the dead man's brother, a soldier known as Commander Pare, were transferred to Afghan police custody in Gardez where they spent a month and a half before being transferred to Kabul.

There, military officials puzzled by the lack of arrest warrants opened their own investigation and eventually released the seven without charge, the Los Angeles Times said.

The military prosecutor who oversaw the Afghan investigation was not available for comment Tuesday.

But former Paktia Gov. Raz Mohammed Dalili said he had asked the American special forces, led by an officer known only as "Mike," to help arrest the militiamen. He said they were extorting money from civilians at an illegal checkpoint in the province, which is beset by factional rivalries, and were "big thieves, rebels."

He said they were held by the Americans for just two days and then handed over to Afghan police.

Dalili, now the governor of Wardak province, said the men "maybe were beaten" as they were arrested, but said he had no reason to believe they were abused at the American base.

"I don't know the person who died, but he was sick. We sent him to the hospital and that's where he died."

Grey said army investigators had earlier closed the case after failing to find any evidence to support an account provided by an Afghan police official.

"It developed no witnesses, no victims" or other information to sustain an investigation at the time, he said.

Grey declined to give further details.

The military is already looking into at least three deaths in U.S. custody in Afghanistan, dating back to December 2003. It has yet to release the results of any of the investigations.

But a CIA contractor has been charged in the United States with using a flashlight to beat a prisoner who later died in the eastern town of Asadabad in June 2003.

The military intelligence unit that ran interrogations at Iraq's Abu Ghraib prison had earlier served at the U.S. detention facility in Afghanistan where the two other prisoners died.

Seven soldiers have been charged in the abuses at Abu Ghraib, while others face charges for other incidents involving detainees.

Two recent reports have suggested other people deserve direct or indirect blame for the abuse.

A probe released earlier this month by Maj. Gen. George Fay focused on the role of military intelligence personnel in the abuse scandal and identified 27 people attached to the 205th Military Intelligence Brigade - both soldiers and contractors - who are accused of complicity in the mistreatment.

An earlier report by a civilian panel led by former defense secretary James Schlesinger found that senior leaders did not establish clear guidelines on permissible techniques for interrogating various categories of prisoners held at Abu Ghraib and elsewhere in Iraq.

High-level commanders failed to shift resources to an understaffed and ill-trained prison detention unit once it became apparent that the system was out of control, the report said.

In a separate story involving private U.S. citizens, three Americans accused of torturing Afghans in a private jail were found guilty last week in a Kabul court after a trial denounced by the defense as failing to meet basic international standards of fairness.