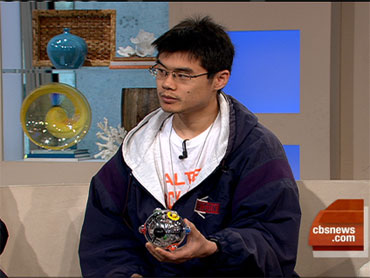 Sept. 11 ringleader Mohammed Atta and three other hijackers were identified by defense intelligence officials more than a year before the attacks, but information about possible al Qaeda connections never was sent to law enforcement, Rep. Curt Weldon said Tuesday.

The 9/11 Commission will investigate the claim. Commission co-chairman Lee Hamilton said that Weldon's information warrants a review. Hamilton says the commission "did not learn of any U.S. government knowledge prior to 9/11 of surveillance of Mohammed Atta or of his cell."

Weldon, vice chairman of the House Armed Services and Homeland Security committees, said the hijackers were identified in 1999 by a classified military intelligence unit known as "Able Danger," which determined they could be members of an al Qaeda cell.

Weldon said that in September 2000 the unit recommended that its information on the hijackers be given to the FBI "so they could bring that cell in and take out the terrorists," Weldon said in an interview.

However, Weldon said Defense Department lawyers rejected the recommendation because they said Atta and the others were in the country legally.

"In fact, I'll tell you how stupid it was, they put stickies on the faces of Mohammed Atta on the chart that the military intelligence unit had completed and they said you can't talk to Atta because he's here" legally, Weldon said.

CBS News Correspondent Wyatt Andrews reports that Weldon says he got the story from three agents in the Able Danger unit, one of whom confirmed this to CBS News.

Weldon did not provide details on how the intelligence officials first identified the future hijackers and determined they might be part of a cell.

The congressman, considered something of a maverick on Capitol Hill, initially made his allegations in a floor speech in June that garnered little attention. His talk came at the end of a legislative day during a period described under House rules as "special orders" — a time slot for lawmakers to get up and speak on issues of their choosing.

The issue resurfaced Monday in a story by the bimonthly Government Security News, which covers national security matters.

Defense Secretary Donald H. Rumsfeld said he was unaware of the intelligence until the latest reports surfaced.

But Pentagon spokesman Bryan Whitman said the Sept. 11 commission looked into the matter during its investigation into government missteps leading to the attacks and chose not to include it in the final report.

Al Felzenberg, a spokesman for the commission, confirmed that the panel's investigators had been aware of Able Danger but said they "don't recall any mention of Mohammed Atta" or of cell.

The Sept. 11 commission's final report, issued last year, recounted numerous government mistakes that allowed the hijackers to succeed. Among them was a failure to share intelligence within and among agencies.

Despite the conflict over who knew about Atta and when, Andrews reports that most experts say that this kind of information would be shared today. Under the 9/11 intelligence reforms, Pentagon agents are now allowed to tip off the FBI to suspected terrorists.

The Justice Department inspector general said in a report released in June that the FBI missed at least five opportunities before the Sept. 11 attacks to piece together vital intelligence information about the terrorists. Inspector General Glenn Fine called it "a significant failure" that hindered the FBI's chances of preventing the attacks.