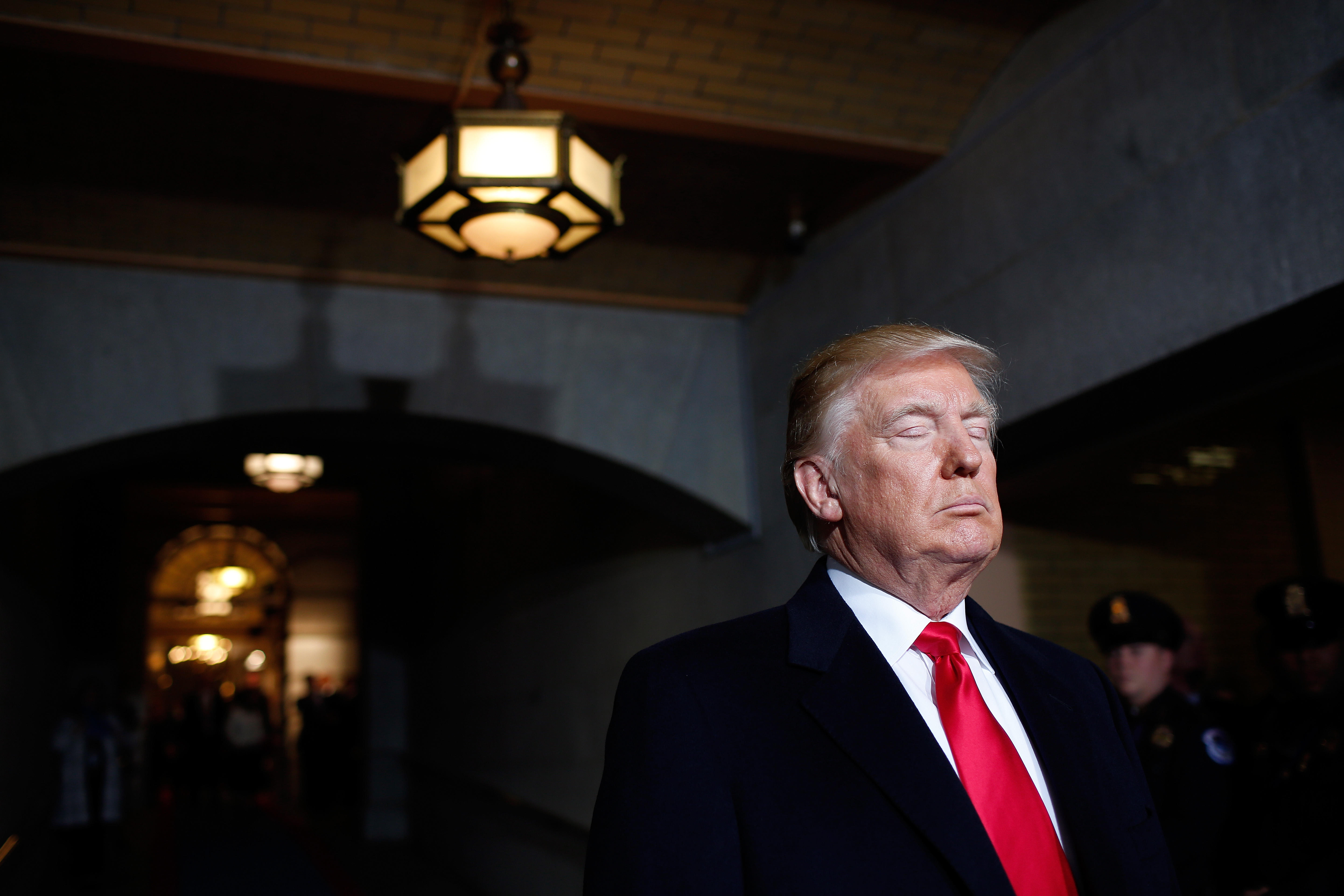 President Donald Trump appears to becoming more popular, although one new poll still has his deep under water.

A USA Today/Suffolk University poll released Tuesday has 47 percent of Americans saying they approve of Mr. Trump’s performance, versus 44 percent who do not. The survey, which was conducted last week in the days around his well-received address to Congress, gives Mr. Trump particularly good reviews when it comes to his leadership abilities.

However, a whopping 60 percent of Americans say they disapprove of the president’s temperament, according to the poll, versus 30 percent who approve of it. And they don’t particularly like his use of Twitter, either, with only 28 percent saying that the medium is a good way for him to communicate.

Another bright spot for Mr. Trump is that 46 Americans now say that America is moving in the right direction, a 12-point shift since the poll was last taken in December. Additionally, 52 percent of Americans believe the economy is recovering, which the poll notes is a high number rarely seen since the 2008 crash.

But not all polls are so rosy for Mr. Trump. A Quinnipiac University poll released Tuesday, for example, has only 41 percent of Americans approving of Mr. Trump’s performance, versus 52 percent that do not.

Half the respondents likewise said that Mr. Trump does not have good leadership qualities, versus 47 percent who say he does. A majority of respondents – 55 percent – also said Mr. Trump is dishonest, although 64 percent said he is intelligent.

The big piece of good news for Mr. Trump in the Quinnipiac poll is that his standing has improved since the last Quinnipiac poll, which was taken in mid-February. That survey left him with an anemic 38 percent approval rating, versus 55 percent who disapproved. That’s a six-point swing in Mr. Trump’s direction, even as the new poll continues to find him struggling.

“Vigorously self-billed as a uniter, President Donald Trump is seen instead as a divider less than two months after his inauguration,” said Tim Malloy, the assistant director of the Quinnipiac poll.