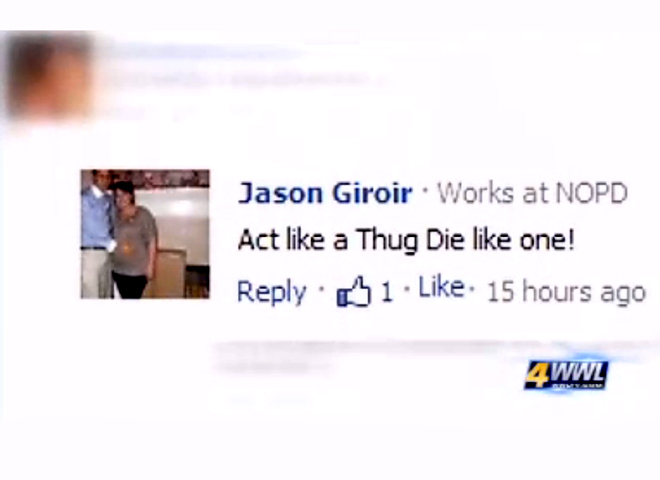 (AP) NEW ORLEANS - A New Orleans police officer has resigned after being suspended for posting a comment on a local television station's website about the fatal shooting of Trayvon Martin in which he suggested the Florida teen died like a "thug."

Jason Giroir used his full name and identified himself as a New Orleans Police Department employee when he wrote, "Act like a thug die like one!" in response to a WWL-TV article about a rally supporting Martin.

Police Superintendent Ronal Serpas suspended Giroir indefinitely without pay Monday. On Tuesday, Giroir resigned after being told allegations against him had been sustained and a hearing to begin his termination was in motion.

The 17-year-old black teenager was unarmed and shot in Sanford, Fla., by a neighborhood watch captain who said he acted in self-defense.