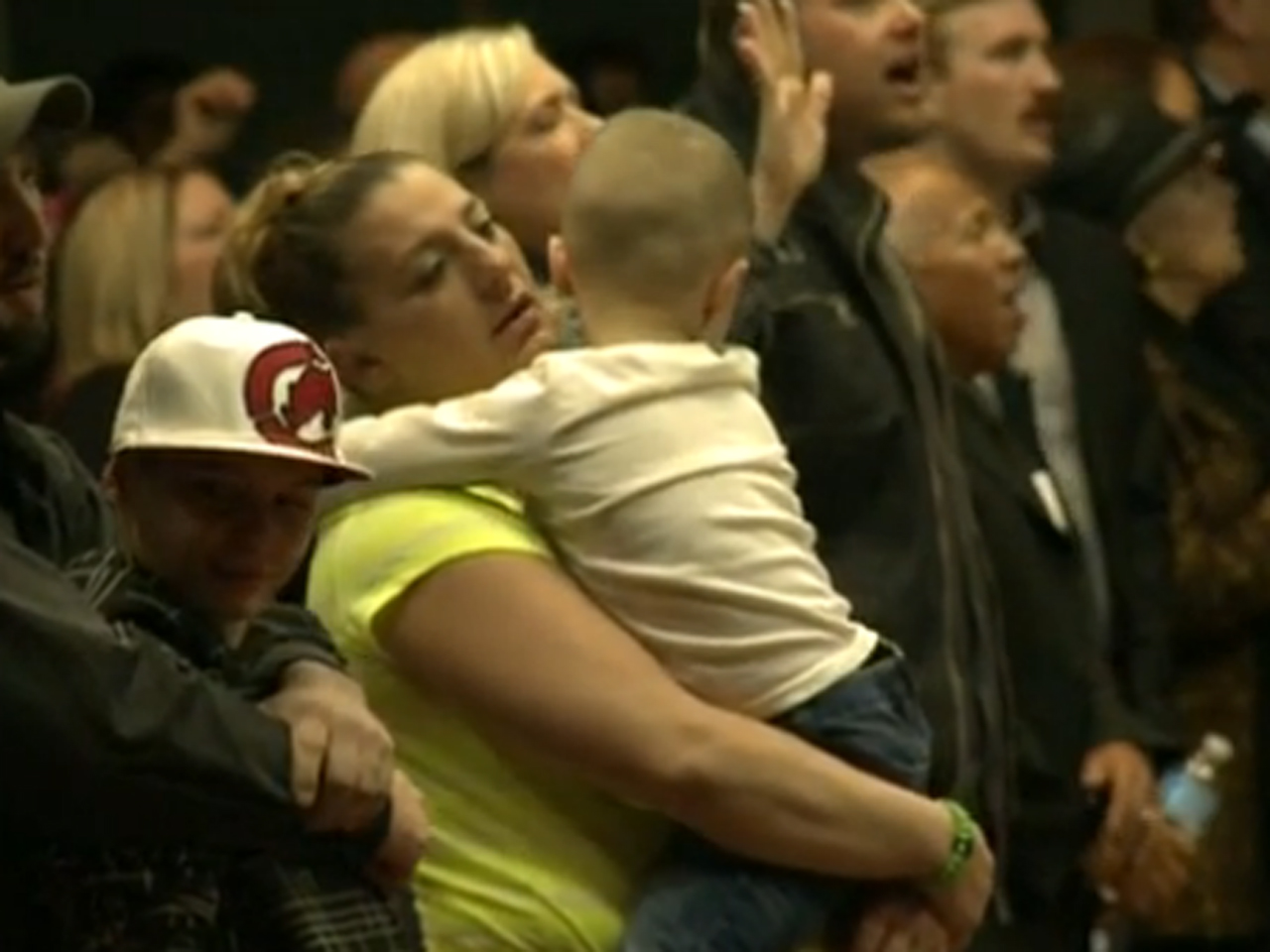 ROSWELL, N.M. -- It was supposed to be like any other day.

When they looked up, they saw blood and a fellow student on the floor, the victim of a gunshot wound to the face. A 12-year-old classmate holding a 22-gauge sawed-off shotgun stood nearby.

Witnesses say that for the next 10 seconds or so, panic engulfed the gym and, eventually, the entire Roswell school Tuesday. Word began to spread that a student had opened fire, injuring a male and female student. Those who could quickly texted parents and friends, and worried family members began frantically calling the school.

An 11-year-old boy was critically injured and a 13-year-old girl was in stable condition.

Officials credit John Masterson, an eighth-grade social studies teacher, with saving lives as he immediately stepped in and talked the boy into dropping his weapon. Masterson then held him until authorities arrived.

"He stood there and allowed the gun to be pointed right at him," Gov. Susana Martinez told a packed room of 1,500 or so people at a prayer vigil late Tuesday, "so there would be no more young kids hurt."

Officials also credit previous "active shooter" drills by Roswell Independent School District for preparing teachers and students, who say they were ready for what happened Tuesday morning. Students say they even thought the shooting was a surprise drill at first.

Officials at University Medical Center in Lubbock, Texas, said an 11-year-old boy was flown there in critical condition and a 13-year-old girl arrived in serious condition.

The governor said late Tuesday that the boy had undergone a second surgery. She identified the girl as Kendal Sanders, 13, and said her condition had been upgraded to stable. She was shot in the right shoulder, Martinez told an earlier news conference.

Martinez said the family of the injured boy has asked that his name not be released while he recovers.

Investigators still aren't sure why the boy, who has not been named by authorities or formally charged, opened fire. Authorities said the boy sneaked the shotgun onto campus through a bag or musical instrument case.

State Police Chief Pete Kassetas disputed a report from a hospital spokesman who said nurses treating the boy indicated he was the shooter's target. He said a motive still is not known.

"We just don't have a lot of information," Kassetas told reporters late Tuesday.

The suspected shooter was transferred to an Albuquerque psychiatric hospital following a hearing Tuesday, according to attorney Robert Gorence, who is representing his family. Gorence said the family would release a statement Wednesday.

Witnesses told CBS Albuquerque, N.M. affiliate KRQE-TV the suspect was a nice kid and a member of the school football team, and neighbors say he was a good kid who liked music.

Kassetas said authorities have issued search warrants for the boy's locker, his bag and his parents' home. He said he did not know what had been found by late Tuesday. They're not yet sure where the boy got the gun.

Police expect to interview about 100 students about the shooting, KRQE reports. As of Tuesday night, they'd spoken with about 60 students, the station says.

During the prayer vigil at the Roswell Convention Center hours after the shooting, an emotional crowd gathered to sing and hug as pastors spoke of healing and forgiveness. Pastors urged residents to pray for the suspected shooter.

"No superintendent ever wants to go through something like this," Roswell Superintendent Tom Burris said. "If you ever do, you want to have a strong community like here in Roswell," which is a center for ranching and farming and has a population of about 50,000.

Before the vigil, an emotional Martinez spoke to students who witnessed the shooting and urged them to talk to counselors and "let it out."

That's what she told James, who listened and nodded.

It was, reports KRQE, a very emotional morning in Roswell.

After police put the school on lockdown, they notified the students' parents to pick their kids up at a local mall.

Hundreds of parents rushed to the mall parking lot and waited for their kids to be shuttled by bus to safety. Those parents huddled around praying as they waited for their sons and daughters to arrive.

Family members were finally reunited with their loved ones at around 10 a.m., nearly two hours after the shooting.

“As you're standing there and you're waiting to pick up your son, seeing the faces of the children coming out and tears and scared it just breaks your heart to see these kids at such a young age to have to witness and be a part of such a tragedy,” Cathy Seely remarked to KRQE.