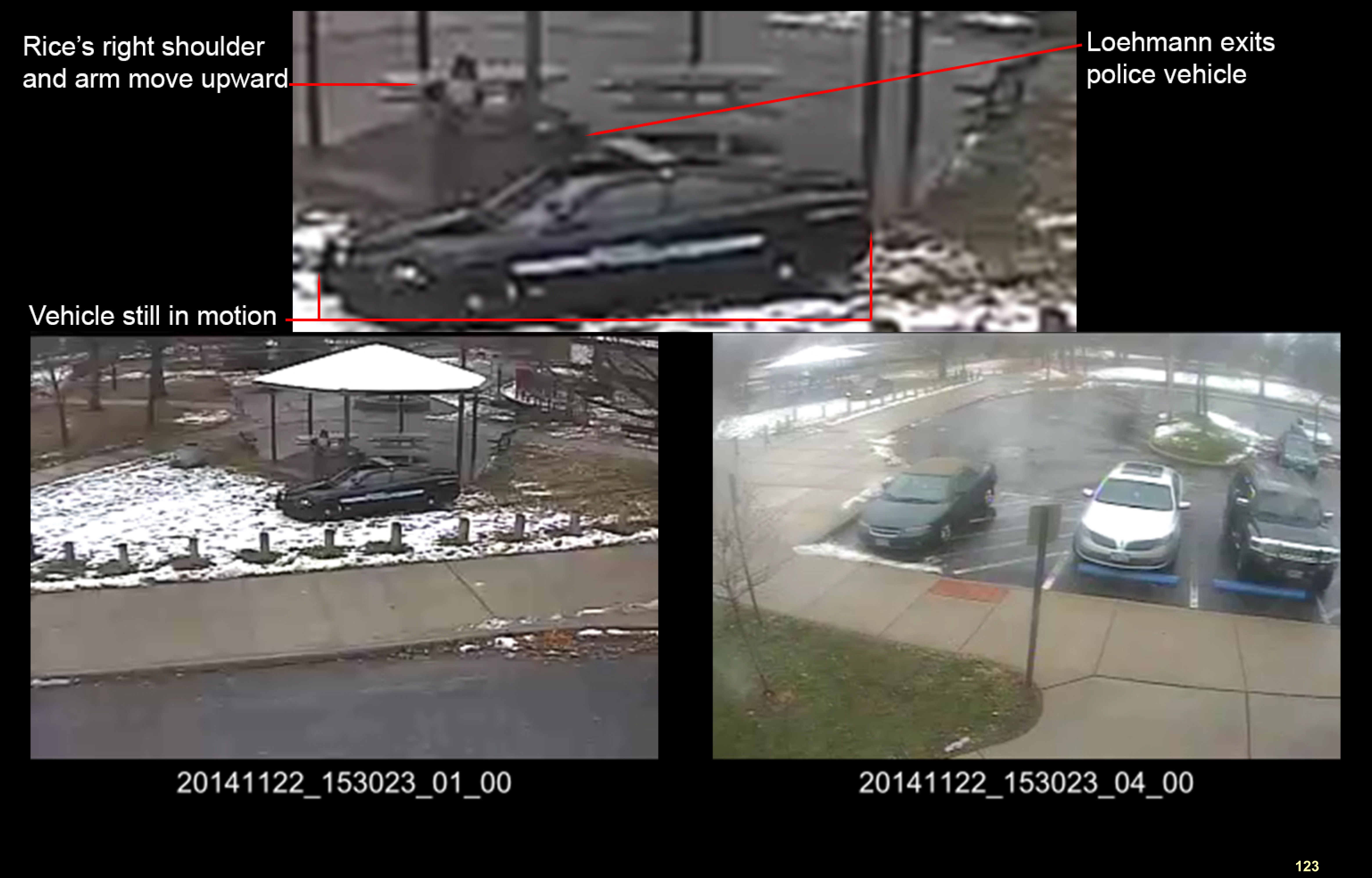 CLEVELAND -- Prosecutors in Ohio on Saturday released a frame-by-frame analysis of the surveillance camera footage first made public a year ago that shows a white Cleveland police officer fatally shooting a black 12-year-old boy who had a pellet gun.

The enhancement by a video expert will be presented to a grand jury that will decide if then-rookie patrolman Timothy Loehmann or his field training officer should be charged criminally for the death of Tamir Rice. Loehmann shot Tamir outside a Cleveland recreation center on Nov. 22, 2014.

The analysis doesn't appear to contain any new or substantive information and doesn't clearly show whether Tamir, as police officials have maintained, was reaching into his waistband for the pellet gun when Loehmann shot him less than two seconds after getting out of the car.

In a statement, Cuyahoga County Prosecutor Tim McGinty said the new footage was released in the "spirit of openness."

The still images were taken by a security camera at Cudell Recreation Center. They show different angles than video of the incident previously released. Click here to see all of the images, courtesy of CBS affiliate WOIO.

"Once again ... we are not reaching any conclusions from these or other isolated bits of evidence," McGinty said in a release. "Individually they are simply pieces of a complex puzzle."

WOIO reported the grand jury has heard testimony over the past several weeks from Tamir's mother, Samaria, and several individuals from the Cleveland Police Department.

The current grand jury's session ends in December, but if they need more time to hear testimony, they can receive two extensions, WOIO reported. The first extension can be up to four months. If they still need more time after four months, a second extension will allow one additional month.

Tamir's family has asked for a special prosecutor to be appointed to the case. The family and its attorney, Subodh Chandra, have expressed concern over McGinty's handling of the case.

McGinty has come under fire for remarks claiming that the Rice family has "economic motives" in their continued calls for justice. The boy's mother has a federal lawsuit pending against the two officers and the city of Cleveland.

In June, a municipal court judge ruled there is enough evidence to charge Loehmann with murder and other charges in Tamir's death and to charge Garmback with reckless homicide or dereliction of duty.

The ruling, which is largely symbolic since it is nonbinding, came days after a group of activists submitted affidavits asking the court to charge the officers.