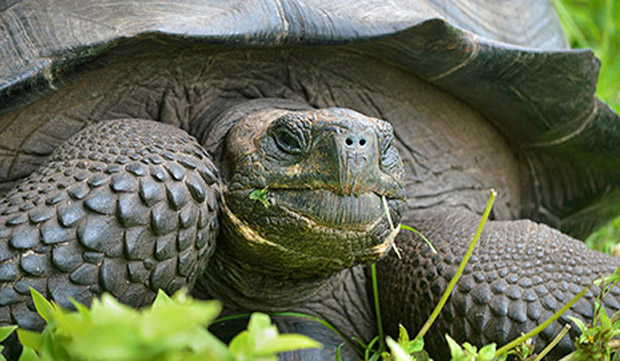 Scientists announced Wednesday the discovery of a new species of giant tortoise in the Galapagos Islands off Ecuador through genetic testing.

The tortoise is the 15th known species on the archipelago, four of which are extinct. Its discovery was announced in a paper published online by PLOS One.

The discovery will help protect and restore the tortoise, which is vulnerable as its numbers are estimated at 250, said Washington Tapia, head of giant tortoise conservation at Galapagos National Park.

That compares to more than 2,000 of the other species living on a different part of the island, Chelonidis porteri.

Tapia said scientists had long suspected that the species was different given that its shell was less dome-like.

The scientists said they suspected Chelonoidis donfaustoi was introduced on Santa Cruz at one point from a different island.

The unique flora and fauna of the Galapagos inspired naturalist Charles Darwin.