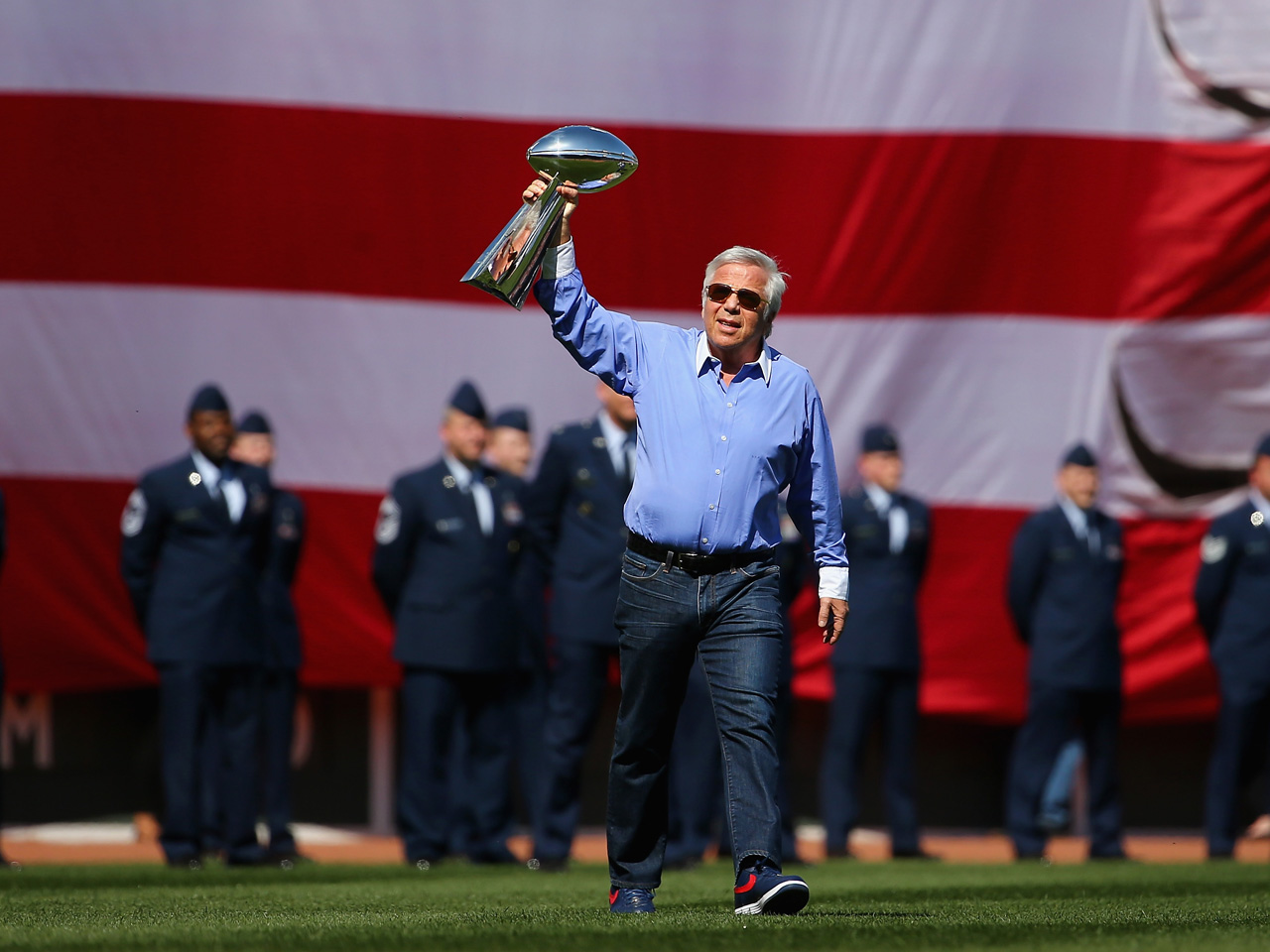 New England Patriots' owner Bob Kraft said Tuesday he will not appeal the NFL's punishment against his team for the "Deflategate" scandal.

Kraft said Tuesday at the owners meetings that he was putting the league before his franchise because "at no time should the agenda of one team outweigh the collective good of the 32."

The Patriots were fined $1 million and docked a first-round draft pick next year, and a fourth-rounder in 2017 after an independent investigation determined footballs used by the team in the 2014 AFC Championship game were purposefully deflated below regulation.

The Patriots will lose a first-round draft pick next year and a fourth-rounder in 2017.

"When the discipline came out, I felt it was way over the top," Kraft said, adding that if he had made his decision last week, "I think maybe it might have been a different one."

But after further consideration, he cited "believing in the strength of the (NFL) partnership and the 32 teams" for dropping any appeal plans.

Kraft also recognized the powers given to Commissioner Roger Goodell.

"Although I might disagree in what is decided, I do have respect for the commissioner, and believe he is doing what he perceives to be in the best interest of the 32," Kraft added.

In addition to the fines against the Patriots organization, quarterback Tom Brady, the Super Bowl MVP, was "suspended without pay for the first four games of the 2015 regular season for conduct detrimental to the integrity of the NFL."

An appeal of that punishment was filed by the NFL Players Association last week on Brady's behalf. The union asked for a neutral arbitrator to hear the case, though the league's collective bargaining agreement stipulates that it will be decided by Commissioner Roger Goodell or a person he designates.

"Given the NFL's history of inconsistency and arbitrary decisions in disciplinary matters, it is only fair that a neutral arbitrator hear this appeal," the union said in a news release.

Kraft would not take any questions Tuesday about his decision nor about Brady's appeal, which will be heard by Goodell. But he has said he's convinced Brady played no part in deflating the footballs.

Brady's appeal will be heard within the next week.

Kraft was livid when the Wells Report, which was commissioned by the NFL and took nearly four months to compile, contained what he termed "all circumstantial, no hard evidence." He said Tuesday that "the entire process has taken too long; it's four months after the AFC championship game, and we are still talking about air pressure ... in footballs."

This is the second time in Kraft's 21 years as owner that the Patriots have been disciplined for breaking NFL rules. In 2007, they were penalized for videotaping New York Jets signals during a game. They didn't challenge fines of $500,000 against coach Bill Belichick and $250,000 against the club, along with the loss of a first-round draft pick.

Kraft has long been a confidant and adviser to Goodell and was one of the owners who championed Goodell to replace Paul Tagliabue in 2006. Kraft also was one of the leaders in getting key owners and the union together to end the 2011 lockout, and he's been a major force in negotiations with TV networks.

In other words, a team player, something he stressed in his short news conference Tuesday.

"What I've learned over the last 21 years is the heart and soul and strength of the NFL," he said, "is the partnership of 32 teams."