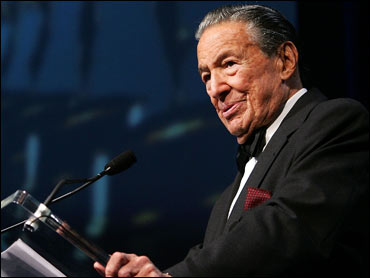 Scientists said Wednesday evolutionary thinking had been turned on its head with the discovery in Kenya of a second genus of early human that walked the earth 3.6 million years ago.

Until now scientists believed that present-day homo sapiens had a single common ancestor — Australopithecus afarensis, identified in 1974 with the discovery of the skeleton "Lucy" in Ethiopia.

But a team of paleontologists led by mother and daughter Meave and Louise Leakey, say the hominid they found, dubbed Kenyanthropus platyops, is totally different from Australopithecus.

"It revolutionizes the way we look at human ancestry," Louise Leakey said. "We have found a very flat-faced 3.6 million-year-old hominid which represents something quite different to what we know to have existed at that time."

The team found fossils of more than 30 individuals in 1998 and 1999. The most crucial was a skull found by research assistant Justus Erus near the Lomekwi River in northern Kenya.

After two years of exhaustive testing on the skull, Leakey said they had accumulated enough evidence to declare not only the discovery of a new species but a new genus as well.

Kenyanthropus had a much flatter face than Lucy as well as particularly small molar teeth, leading scientists to believe it fed on a mixture of fruit, berries, grubs and small mammals and birds. Leakey said one of the most striking things about the skull is how human its face looks.

Andrew Hill, a Yale anthropologist, said the skull has the unusual combination of a large, flat face and small teeth, compared with the generally big teeth and a different facial structure for Lucy. Hill said differences in teeth and jaw structure suggest different diets led to evolutionary changes.

"You have to look for dietary reasons they're separated like this, as perhaps an environmental adaptation to different regions at about the same time," Hill said.

Although Leakey believes the skull represents a genus — a grouping that includes related species — that is separate from Lucy's Australopithecus, another researcher said it also could just be a subcategory of Lucy's species or a related but different species within her genus.

"I think that's the most controversial part of this paper, the claim that it's a new genus," said Tim White, an anthropologist at the University of California at Berkeley. "If you think of a family tree with a trunk, we're talking about two trunks, if they're right."
But little else is known of what one of our oldest relatives may have looked like and Leakey says the discovery has raised more questions than it has answered.

"It doesn't simplify the picture at all," she said, "but it does confirm that the evolutionary tree was far more bushy earlier on than we had appreciated."

Fred Spoor, from University College London's (UCL) department of anatomy, said the discovery meant it was now impossible to know ith any certainty who our earliest ancestor was.

"If we don't have to bet on it then it is likely it is neither Kenyanthropus or Australopithecus," he said by telephone from London.

Spoor, who has analyses the fossils, said there was a possibility another new species was found at the site.

"There could be another species, but we just don't know," he said. "The skull is very complete but the other pieces are fragmented."

Leakey said it was not surprising to find evidence that ancient forerunners of humans diverged along separate evolutionary paths around Lucy's time. "The fact we haven't seen it before is more a lack of evidence, I believe," she said.

In a commentary accompanying the study, George Washington University anthropologist Daniel Lieberman said the skull adds to the confusion about the human evolutionary tree. But he said it also adds to evidence that there were several human-like species between 2 million and 3.5 million years ago that adapted well to different environments.

The find will throw Louise Leakey, celebrating her 29th birthday Thursday and studying for a doctorate at UCL, into the paleontological limelight.

She is certainly following in distinguished footsteps. Her grandparents Louis and Mary made fossil discoveries in Tanzania's Olduvai gorge that caused a drastic revision of theories about the origin of man.

Her father Richard, now head of Kenya's civil service, also made important finds with his wife Meave, who pushed Louise into a career she was initially reluctant to follow.

"I've tried to keep clear of it being the third generation," she said, "but having worked very closely with my mother and she gets terribly excited about the whole thing... it's infectious."