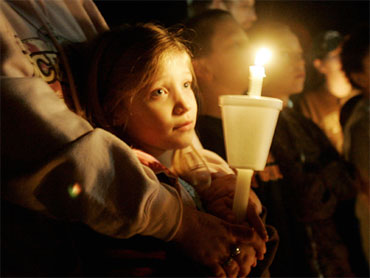 U.S. and Indian scientists said that they have discovered a new dinosaur species in India after finding bones in the western part of the country.

The new dinosaur species was named "Rajasaurus narmadensis" or "Regal reptile from the Narmada," after the Narmada River region where the bones were found.

The dinosaurs were 25-30 feet long, had a horn above their skulls, were relatively heavy in weight and walked on two legs, scientists said. They preyed on long-necked herbivorous dinosaurs on the Indian subcontinent during the Cretaceous Period at the end of the dinosaur age, 65 million years ago.

"It's fabulous to be able to see this dinosaur which lived as the age of dinosaurs came to a close," Paul Sereno, a paleontologist at the University of Chicago, told reporters. "It was a significant predator that was related to species on continental Africa, Madagascar and South America."

Working with Indian scientists, Sereno and paleontologist Jeff Wilson, of the University of Michigan, reconstructed the dinosaur skull in a project funded in part by the National Geographic Society.

A model of the assembled skull was presented by the American scientists to their counterparts from the Punjab University in the northern India and the Geological Survey of India at a news conference in Bombay on Wednesday.

Scientists said they hope the discovery will throw light on the extinction of the dinosaurs and the shifting of the continents — how India separated from Africa, Madagascar, Australia and Antarctica and impacted Asia.

The dinosaur bones were discovered over the past 18 years by Indian scientists Suresh Srivastava of the Geological Survey of India and Ashok Sahni, a paleontologist at Punjab University.

Sereno said that when the bones were examined, "we realized we had a partial skeleton of an undiscovered species."

"The sediments in which these dinosaurs were found are closely associated with one of the biggest volcanic activities recorded in the last 500 million years on planet Earth," Sahni said.

The scientists said they believe the Rajasaurus is part of a family of carnivorous dinosaurs, many of which had horns, and roamed the southern hemisphere land masses of present-day Madagascar, Africa and South America.

"People don't realize dinosaurs are the only large-bodied animal that lived, evolved and died at a time when all continents were united," said Sereno.

The reason behind the extinction of the dinosaur is still debated by scientists across the world. Sereno said the Rajasaurus discovery may provide crucial clues.

India has seen quite a few paleontological discoveries recently.

Indian scientists said the dinosaur embryos in the eggs may have suffocated during volcanic eruptions.