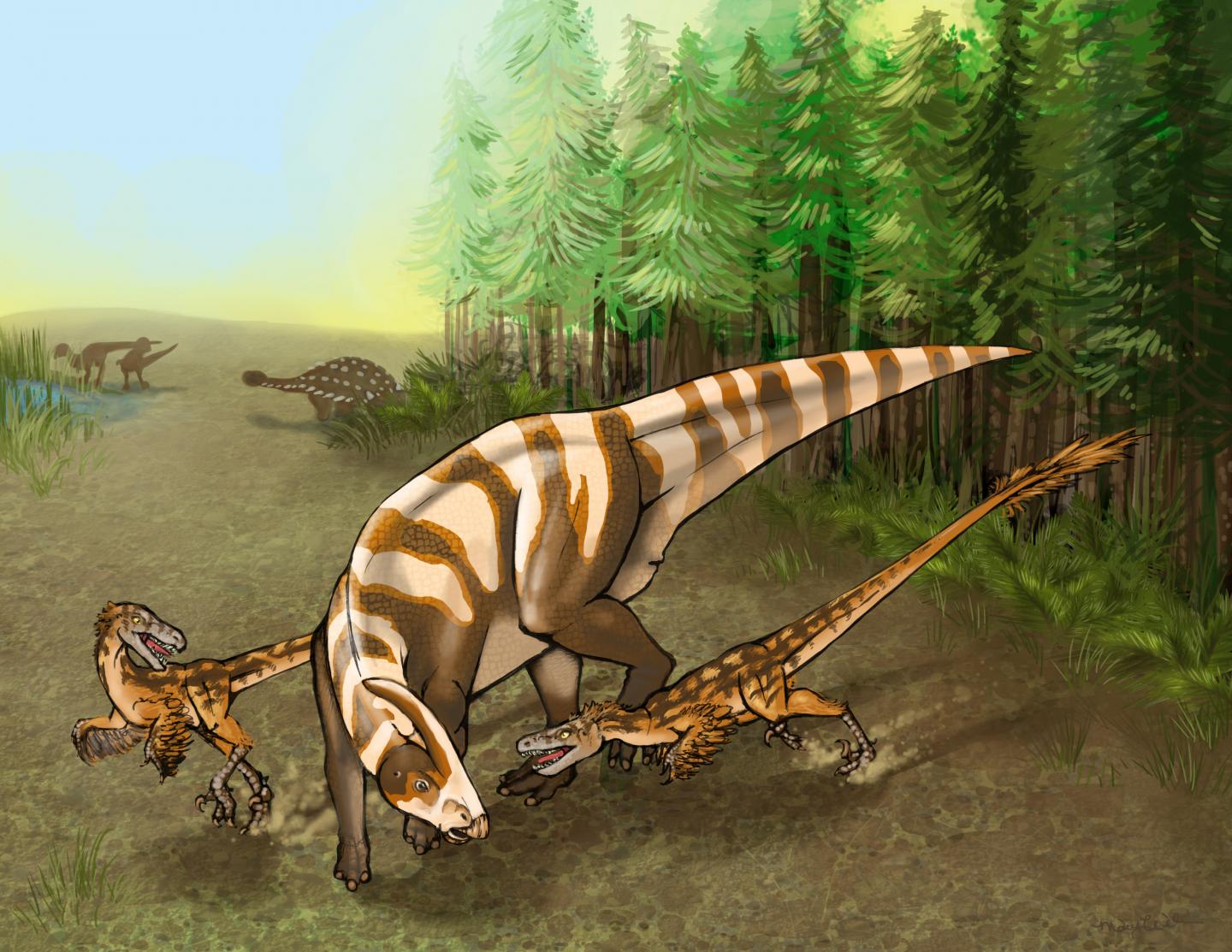 Fossils of a newly discovered dinosaur show that it may have been the envy of its peers for one particular feature: a keen sense of smell.

When the University of Pennsylvania's Steven Jasinski began examining parts of its skull, he realized its olfactory bulb was larger than other species of Saurornitholestes langstoni - signaling it was a different species and may have had a strong sense of smell.

"This feature means that Saurornitholestes sullivani had a relatively better sense of smell than other dromaeosaurid dinosaurs, including Velociraptor, Dromaeosaurus, and Bambiraptor," Jasinski, the acting curator of paleontology and geology at the State Museum of Pennsylvania, said. "This keen olfaction may have made S. sullivani an intimidating predator as well."

Standing less than 3 feet tall at its hip and roughly 6 feet in length, S. sullivani was no T. Rex. However, previous findings of related species suggest the animal would have been agile and fast, perhaps hunting in packs and using its acute sense of smell to track down prey.

"Although it was not large, this was not a dinosaur you would want to mess with," said Jasinski, who reported his findings this month in the New Mexico Museum of Natural History and Science Bulletin.

S. sullivani thrived toward the end of the era of dinosaurs about 75 million years ago, or the Late Cretaceous, and represents the only named dromaeosaur from this period in North America south of Montana.

At the time S. sullivani lived, North America was split into two continents separated by an inland sea. This dinosaur lived on the western shores in an area that encompassed what is now Alberta and Montana.

Other contemporary meat-eating theropods included the tyrannosaurs Bistahieversor sealeyi and Daspletosaurus, along with ostrich-like ornithomimids.