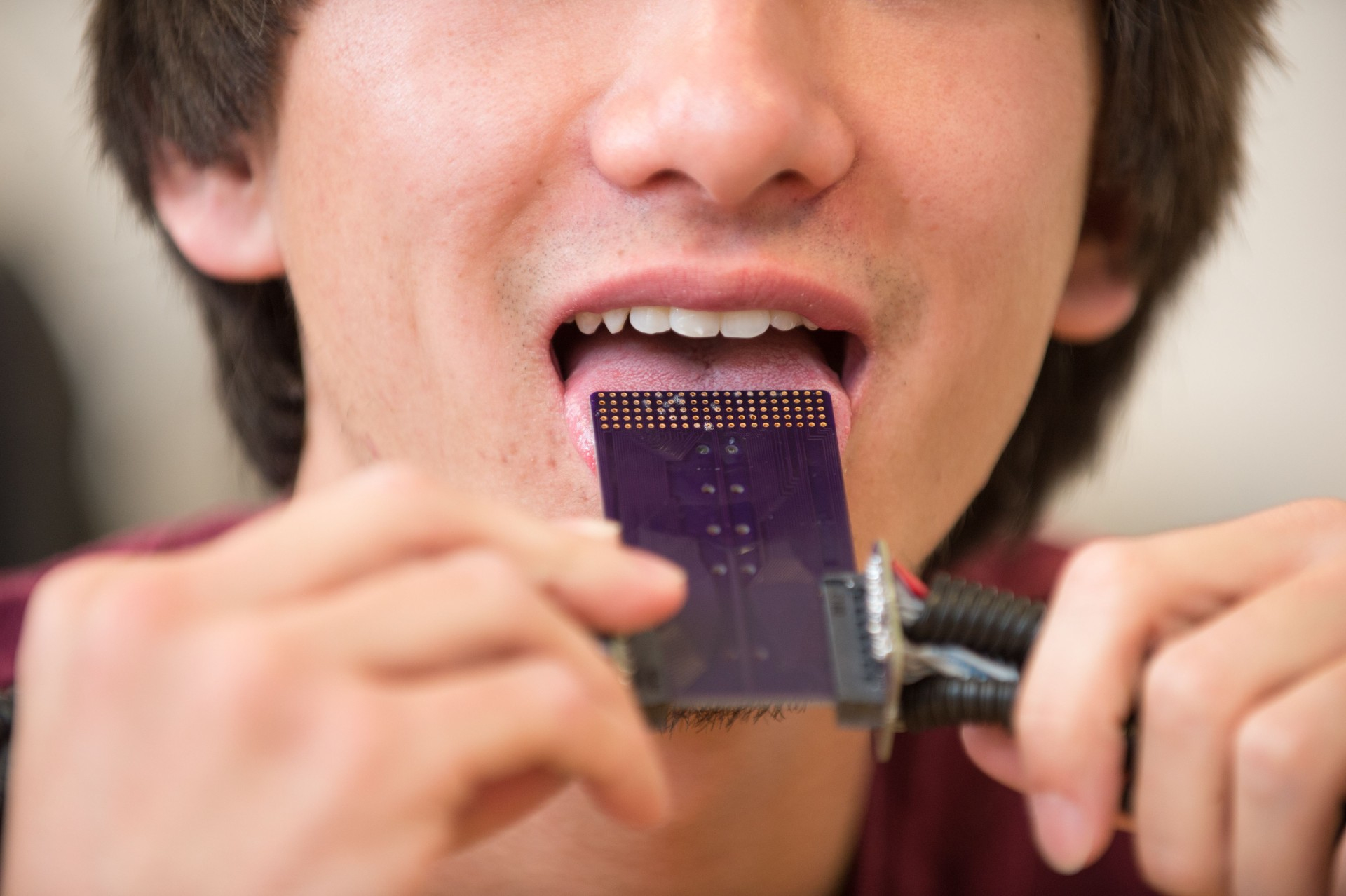 Throughout his career, mechanical engineer John Williams had worked around loud equipment and vacuum pumps while researching and building electric propulsion systems for space travel. But exposure to blaring noise for over 20 years had damaged his cochlea, a snail-shaped portion of the inner ear through which sound travels. At age 47, he developed tinnitus, a sensation of hearing high-pitched ringing in the ears.

"When you're so absorbed in your work and you don't pay attention to loud background noise, this integrates over time and hurts your hearing," said Williams, now 51, an associate professor at Colorado State University's Department of Mechanical Engineering.

In search for a cure, Williams began to study hearing devices, one of them being the popular cochlear implant, which stimulates the auditory nerve. But he wanted to explore other ways the brain could receive information -- ways that didn't require an involved and expensive surgery.

So he teamed up with CSU graduate student J.J. Moritz to try a totally new approach: hearing with the tongue.

For people with hearing impairment, parts of the cochlea do not work properly. The result is that there's no way for sounds to get converted into electrical signals that go to the brain. Because the tongue is a highly sensitive organ, Williams surmised it could be used as a substitute for the cochlea.

"Because the tongue has so many nerve fibers, there's a large area of the cortex that is able to process that information," explained neuroscientist Dr. Leslie Stone-Roy, assistant professor at Colorado State University's department of biomedical sciences.

Stone-Roy helped Williams develop a prototype to harness these nerves, enabling the hearing-impaired to process sound through their tongues. The device consists of two parts: a retainer and an earpiece. A microphone on the earpiece picks up audio and sends electrical pulses via Bluetooth to the retainer, stimulating the nerves as user presses his tongue against it.

It's a little like Braille, but instead of a pattern of raised bumps, the tongue feels a pattern of electrical pulses.

"It doesn't feel like a shock," Williams assured. "People describe it as eating pop rocks or drinking champagne."

Over time, the technology would train the brain to interpret the sound pattern and understand words being spoken, project lead Moritz added. He predicts it could take up to four months to train the brain.

The retainer-hearing device is analogous to a cochlear implant in that it provides missing stimulation to the auditory nerve. It does not require a surgical procedure, however, and researchers expect the end product to be about one eighth of the cost of a cochlear implant, which can run between $40,000 to $100,000.

The device, still in its prototype phase, is intended for people who, like Williams, have lost their hearing later in life rather than those who are completely deaf. Based on initial results, the researchers have filed a provisional patent for the device and launched a startup company called Sapien LLC.

Now, the team is working on mapping out the nerves in the tongue. After determining which parts of the tongue detect electrical impulses and whether that's consistent from person to person, the goal is to optimize the design and do what the implantable devices cannot: customize the retainer for each individual, according Moritz.

If refined, this technology could one day revolutionize the way hearing is restored.

"People that have hearing loss feel isolated and depressed," Williams said. "If we could even help just one of those people, that would make it worthwhile."