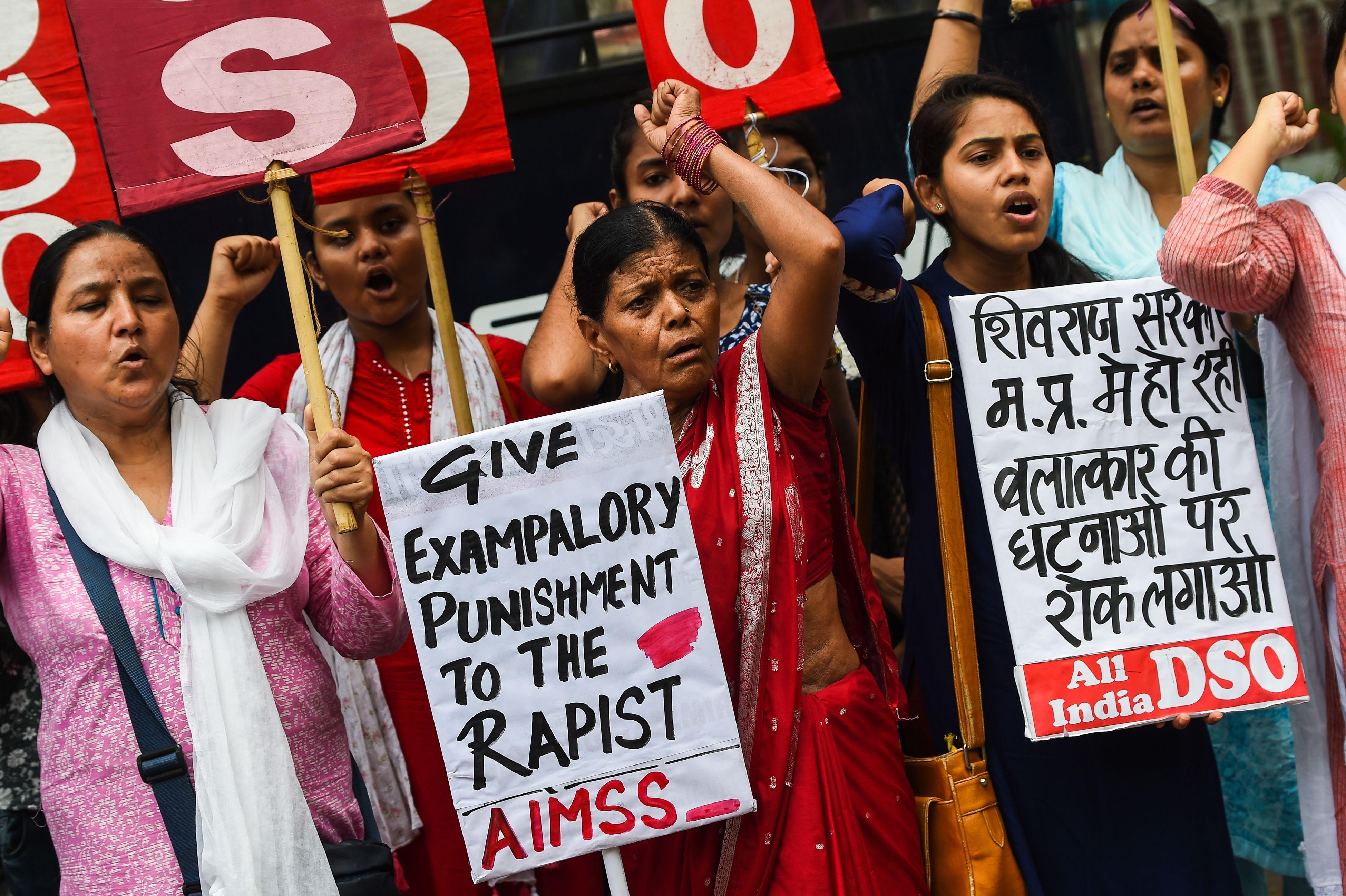 NEW DELHI -- Hundreds of people on Saturday blocked streets and shut down businesses in parts of central India to protest the rape of a 7-year-old girl. The protesters demanded the death penalty for two suspects arrested on suspicion of raping the girl and trying to slit her throat with a knife on Tuesday in Mandsaur, a town in Madhya Pradesh state, about 425 miles southwest of New Delhi.

The girl was allegedly abducted while waiting to be picked up from school by her parents. She is in a stable condition in a hospital, police officer Manoj Kumar Singh said.

Crimes against women in India have been rising despite tougher laws. India has been shaken by a series of sexual assaults since 2012, when a student was gang-raped and murdered on a moving New Delhi bus.

The government has passed a series of laws increasing punishment for rape of an adult to 20 years in prison, but it's rare for more than a few weeks to pass without another report of a brutal sexual assault.

Responding to widespread outrage over the recent rape and killing of young girls and other attacks on children, India's government recently approved the death penalty for people convicted of raping children under 12.