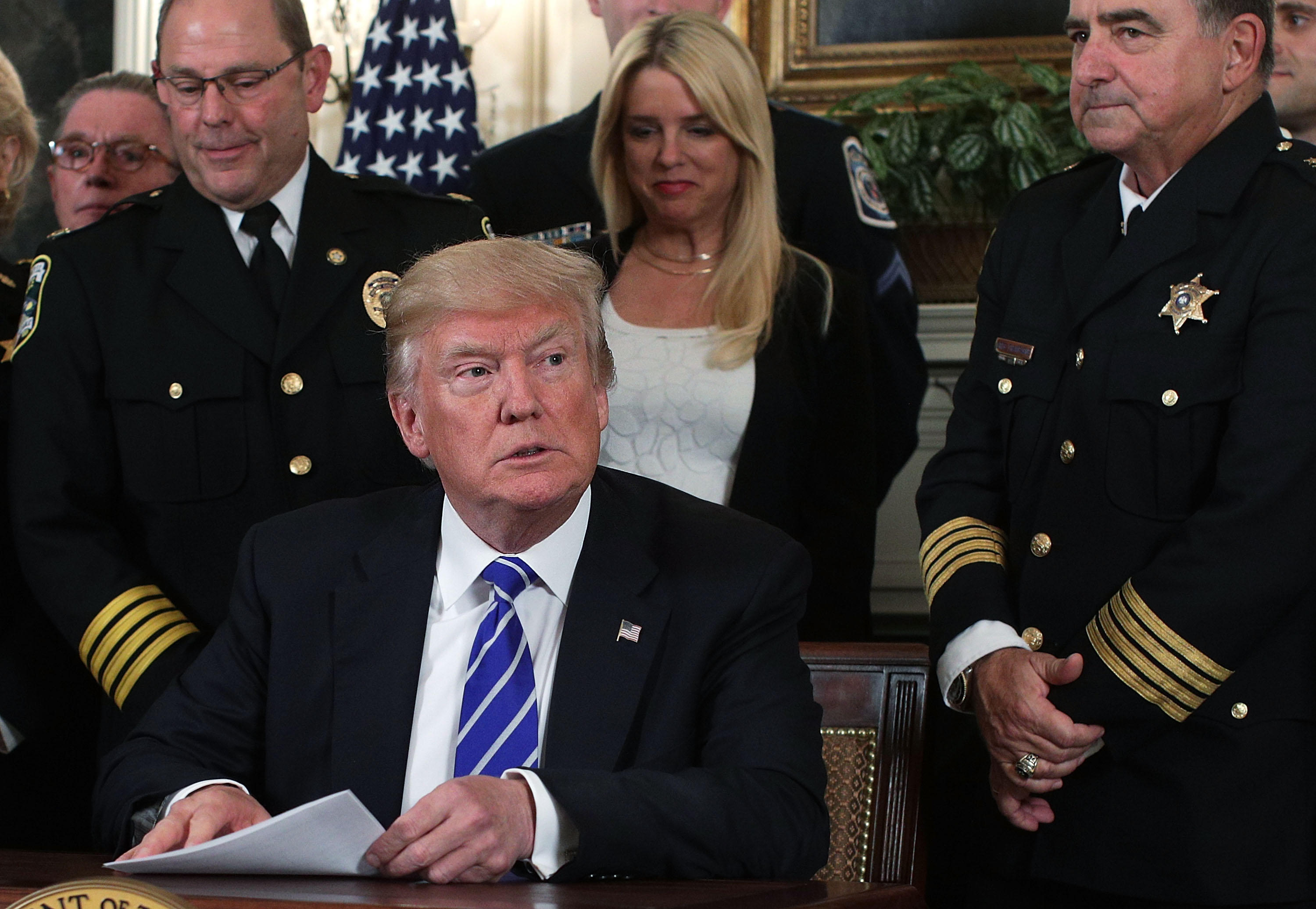 America First Policies, a 501(c)(4) nonprofit group run by folks close to President Trump, is rolling out a new TV ad this week to run on national cable.

The narration says his trip promoted "a bold vision, uniting forces for good against evil, embarking on a mission to drive out terrorists from every corner of the globe." And it claimed that Mr. Trump is "strengthening ties with foreign allies" and "taking on ISIS."

The ad also slips in a jab at journalists -- "You won't hear this from the media: President Trump is making us safe again by putting America first."

The ad is going up just days after London was struck by another terrorist attack. On Sunday, Mr. Trump vowed to do whatever is necessary to protect the United States from a "vile enemy" that he says has waged war on innocents for too long, vowing, "This bloodshed must end. This bloodshed will end."

The president also renewed his call to reinstate his travel ban, which is currently being appealed to the Supreme Court. And he also criticized the London Mayor Sadiq Khan in a tweet: "At least 7 dead and 48 wounded in terror attack and Mayor of London says there is 'no reason to be alarmed!'"

The mayor's office pointed out that Khan was, in fact, telling Londoners not to be alarmed about the heightened police presence, and it dismissed the president's tweet.

"He has more important things to do than respond to Donald Trump's ill-informed tweet that deliberately takes out of context his remarks urging Londoners not to be alarmed when they saw more police -- including armed officers -- on the streets," Mayor Khan's office said.