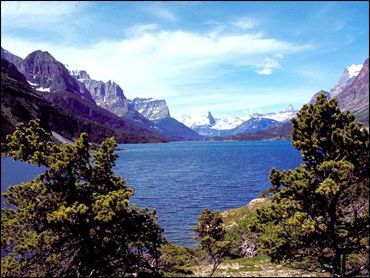 New rules from the Environmental Protection Agency would help improve the view and air quality in national parks and wilderness areas as part of a court settlement with an environmental group.

The agency agreed to set new rules by April 2005 for air pollution in national parks and wilderness areas under a settlement with New York-based Environmental Defense announced Tuesday.

EPA has been working to improve visibility and reduce haze in these outdoor settings, and the settlement "sets a course to further insure those actions," agency spokesman Dave Deegan said.

The rules are meant to require states to impose limits on air pollution from power plants and other sources of emissions, which drift hundreds of miles and cause haze and visibility problems in remote areas.

The settlement requires approval from the U.S. District Court for the District of Columbia after a 30-day public comment period. The EPA would also be required to propose the new rules by April 2004. They would go into effect a year later.

Vickie Patton, a senior attorney for the group in Boulder, Colo., said the settlement's importance was made clear by the millions of Americans visiting parks this summer.

Her group sued to enforce 1977 Clean Air Act amendments that set goals for improving the visibility in 35 national parks, 120 wilderness areas and Roosevelt Campobello International Park near Lubec, Maine, which is overseen by a U.S.-Canada commission.

Parks affected include Acadia in Maine, Glacier in Montana, Grand Canyon Arizona, Great Smoky Mountains in Tennessee and North Carolina, Shenandoah in Virginia, Yellowstone in Wyoming, Montana and Idaho, and Sequoia and Yosemite in California.

In 1999, the EPA issued regional haze regulations that required states to develop visibility improvement plans. Although requiring that states take the lead, the EPA also said certain groups of polluters contributing to regional haze should have to install the "best available retrofit technology" to cut emissions.

But after a coalition of utilities, mining interests and the state of Michigan sued, claiming the regulations were arbitrary and unlawful, the U.S. Court of Appeals for the District of Columbia Circuit ordered the EPA to rework part of its regulations.

The appeals court upheld, however, the EPA's fundamental goal of having the states put pollution controls in place to return parks and wilderness areas to "natural visibility" over 60 years.

The Bush administration's former EPA administrator, Christie Whitman, had endorsed the Clinton administration regulations requiring visibility be improved by 15 percent each decade at each of the parks and wilderness areas.