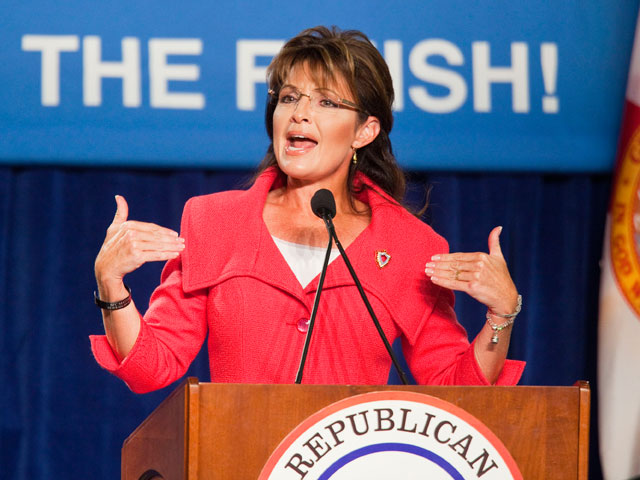 The newest congressmen from the contentious 2010 mid-term elections haven't even been sworn in yet, but the race for the White House in 2012 is already taking center stage for many in Washington.

Recently, as Republicans of many stripes start publicly flirting with a presidential run, President Obama's advisers hinted that they will be campaigning from Chicago, ending a 40-year tradition for incumbents.

Now, a new CNN poll provides some fresh data on the standing for candidates on both sides of the aisle. The poll finds that Mr. Obama's standing with Democrats for their 2012 nomination is improving, while Tea Party champion Sarah Palin has lost ground to fellow potential Republican candidates Mike Huckabee, Mitt Romney and Newt Gingrich.

Meanwhile, Sarah Palin has lost 18 points in Republican support in the last two years, the poll claims, with 49 percent of Republicans now saying they would be likely to support her for the nomination in 2012.


The CNN/Opinion Research Corporation poll was conducted December 17-19, with 1,008 adult Americans questioned by telephone. The survey's overall sampling error is plus or minus three percentage points.  (You can see the full data here.)