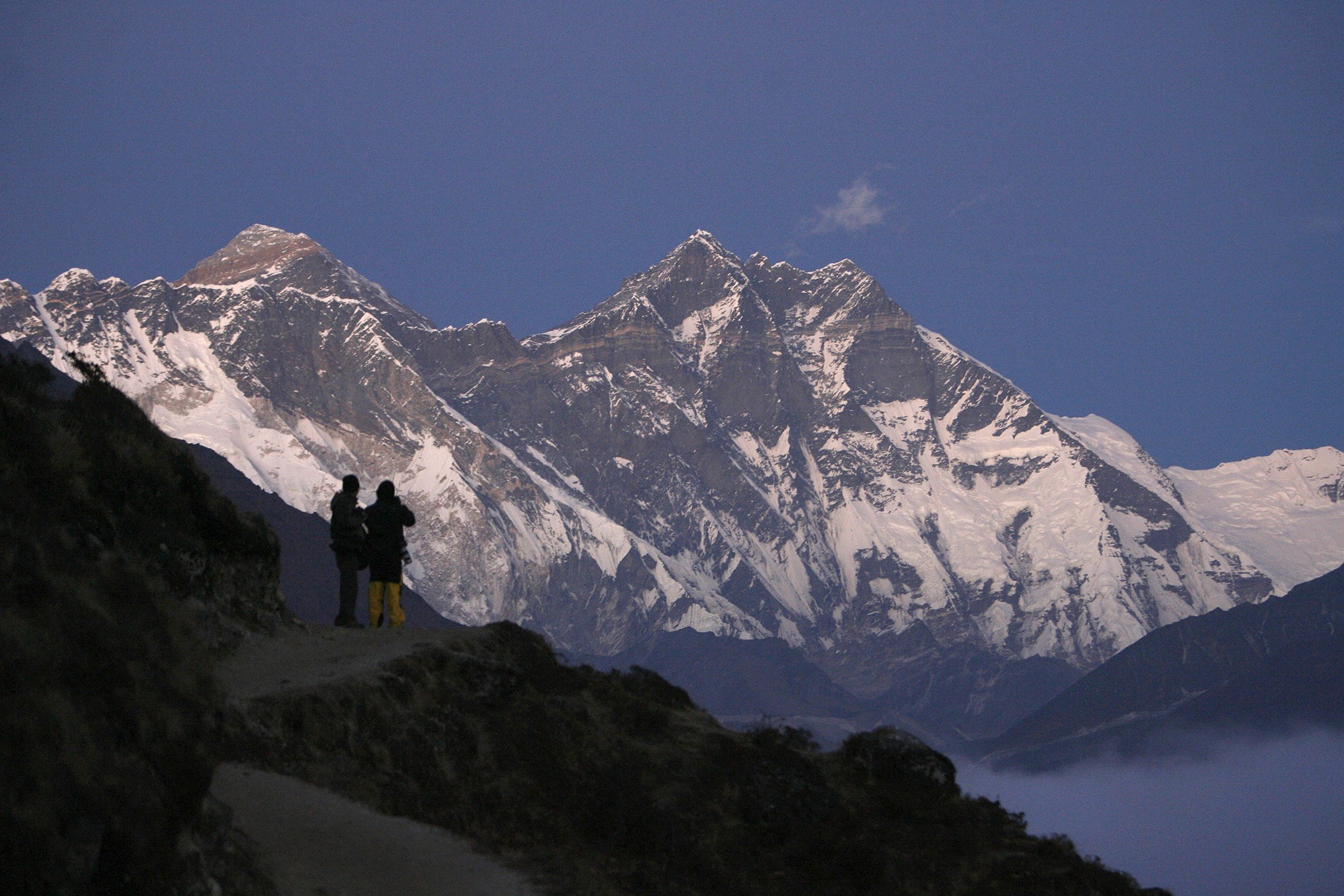 KATHMANDU, Nepal -- Human waste left by climbers on Mount Everest has become a problem that is causing pollution and threatening to spread disease on the world's highest peak, the chief of Nepal's mountaineering association said Tuesday.

The more than 700 climbers and guides who spend nearly two months on Everest's slopes each climbing season leave large amounts of feces and urine, and the issue has not been addressed, Ang Tshering told reporters. He said Nepal's government needs to get the climbers to dispose of the waste properly so the mountain remains pristine.

In addition to biological waste, the troves of trekkers also leave behind a massive amount of trash. Last year, the Nepali government instituted a new rule to persuade trekkers to clean up after themselves on the mountain.

Nepali officials at Everest base camp now check that each climber descends the mountain with approximately 18 pounds of trash -- the amount the government estimates an exhausted climber discards along the route.

More than 4,000 climbers have scaled the 8,850-meter or 29,035-foot summit since 1953, when it was first conquered by New Zealand climber Edmund Hillary and his Sherpa guide Tenzing Norgay. Hundreds of others have died in the attempt, while many have succeeded only with help from oxygen tanks, equipment porters and Sherpa guides.

Hundreds of foreign climbers attempt to scale Everest during Nepal's mountaineering season, which began this week and runs through May. Last year's season was canceled after 16 local guides were killed in an avalanche in April.