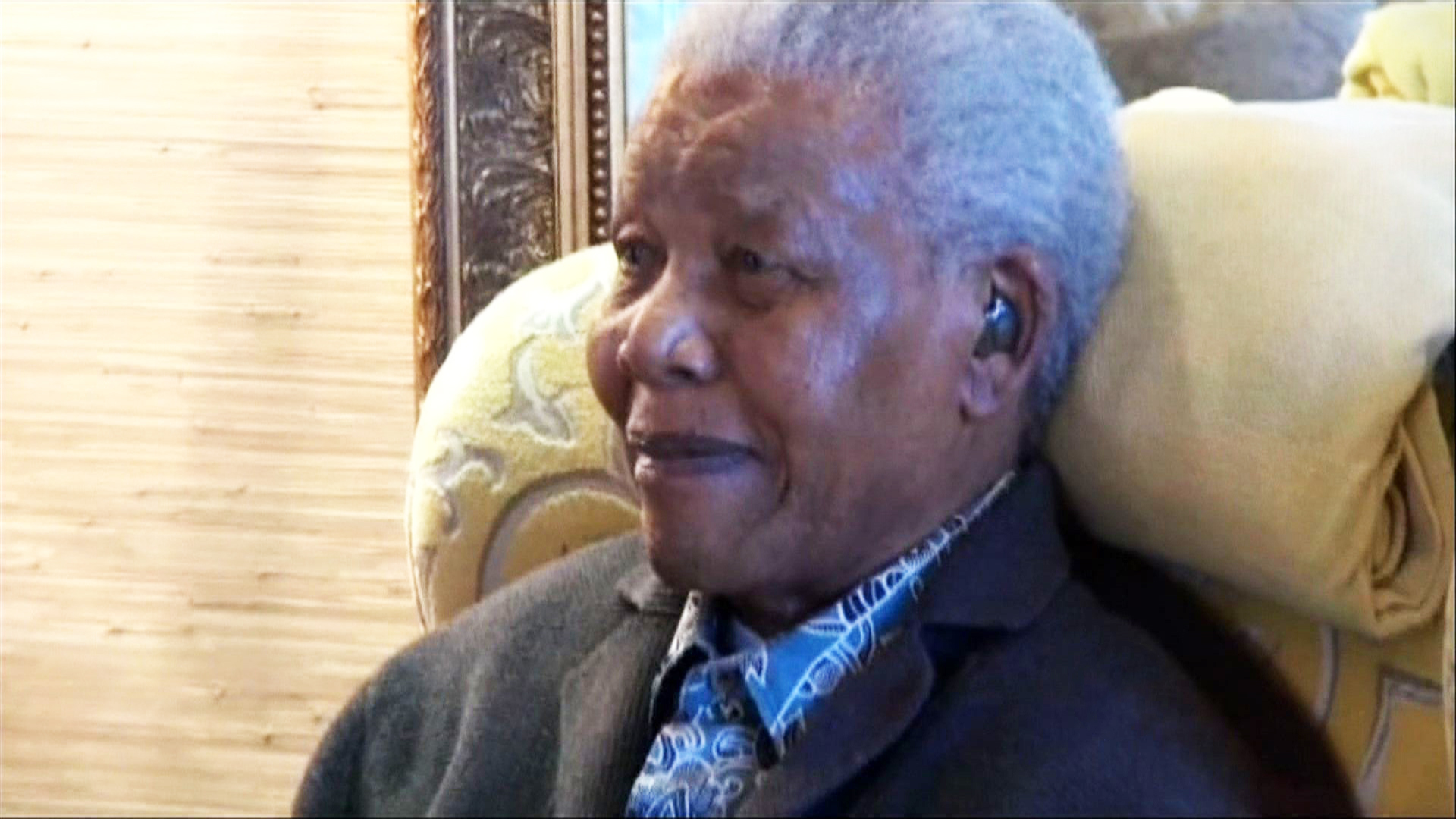 Mandela will receive "home-based high care" at his residence in the Johannesburg neighborhood of Houghton until he fully recovers, said presidential spokesman Mac Maharaj.

Officials had said the 94-year-old leader was improving in recent days since he was hospitalized on December 8. Mandela was diagnosed with a lung infection and underwent gallstone surgery.

Mandela, who battled apartheid before becoming the country's first democratic leader, has a history of lung problems. He suffered from tuberculosis towards the end of his 27-year prison term.

"We thank the public and the media for the good wishes and for according Madiba and the family the necessary privacy," said Maharaj in a statement, using Mandela's clan name, a term of affection. The statement requested that Mandela's privacy continue to be respected "in order to allow for the best possible conditions for full recovery."

David Phetoe, a resident of the Johannesburg township of Soweto, reacted with joy when he heard that Mandela was no longer in a hospital.

Mandela is revered around the world as a symbol of sacrifice and reconciliation, his legacy forged in the fight against apartheid, the system of white minority rule that imprisoned him for 27 years.

The Nobel laureate served one five-year term as president after South Africa's first democratic elections in 1994. Although the country today struggles with poverty and inequality, Mandela is widely credited with helping to avert race-driven chaos as South Africa emerged from apartheid.

South African President Jacob Zuma was among those who joined Mandela's wife, Graca Machel, and other family members in wishing a Merry Christmas to Mandela at his hospital bedside in Pretoria, the South African capital.

"I think he is an icon of hope and we are very excited" that Mandela is out of the hospital, said Sipho Sibiko, a Soweto resident. "I personally know that he is one of the people that inspired me. He inspires a lot of people and we are excited that he has been released. We wish him many more joyous years and good health."

Mandela shared the 1993 Nobel Peace Prize with then-South African President F.W. DeKlerk for their work in steering the country toward democracy. Before he was elected president in 1994, Mandela was imprisoned for over three decades on sabotage and other crimes during his fight against apartheid.

After his five-year pesidency, Mandela devoted himself to fighting against poverty, illiteracy and AIDS in Africa. He has cut back his appearances in recent years due to his old age and has been spending more time with family