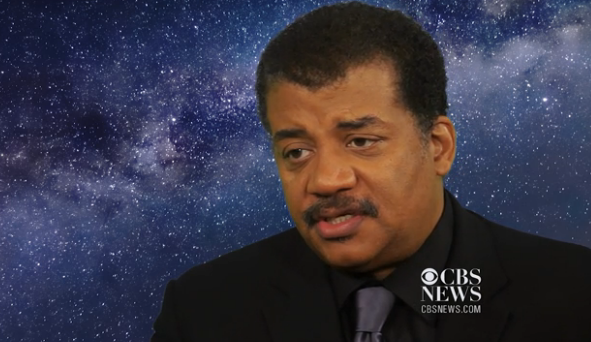 Astrophysicist Neil deGrasse Tyson sat down with CBS News to discuss space and search signals, and whether or not we should be trying to communicate with outer space.

Tyson, who is the director of the Hayden Planetarium at the American Museum of Natural History, tells CBS News that signals have been sent out to telegraph the presence and the existence of human life on Earth to the universe for quite some time. He says, the earliest television shows are already moving away from Earth at the speed of light, using the 1950's show, "The Honeymooners," as an example.

But Tyson said, not everyone is on board with putting Earth's presence out into space.

"The people who worry that maybe if we alert aliens of our presence and they are more alert than we are, they may come to us and enslave us or turn us into a zoo. ... I understand people's concerns about that, but why are they so concerned?" he asked. "And you realize, they are concerned because we behave that way towards ourselves."

To see what else Tyson has to say about space, intelligent life and exploration watch the video above.