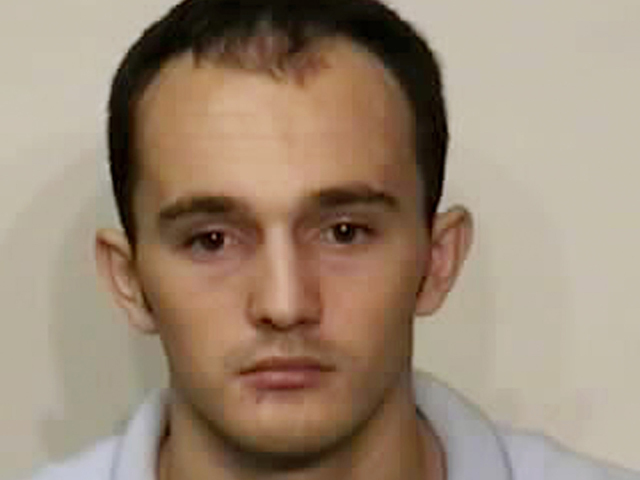 RALEIGH, N.C. The younger brother of a North Carolina terror suspect serving 45 years in prison for plotting to attack a Marine base pleaded guilty Thursday to plotting to behead government witnesses who testified against his sibling.

Shkumbin Sherifi, 22, pleaded guilty in U.S. District Court to a single count of conspiracy to commit murder for hire along with a co-defendant, former special education teacher Nevine Aly Elshiekh, 47, of Raleigh.

Prosecutors offered a plea deal to both, agreeing to drop eight other counts in exchange for testimony against Hysen Sherifi at his upcoming trial, set to begin Monday.

Authorities say Hysen Sherifi, 28, asked another inmate to help him hire a hit man and then recruited his brother and Elshiekh to deliver a $5,000 down payment for the first murder.

But the fellow inmate Sherifi approached contacted the FBI instead, allowing federal agents to set up an elaborate sting that included a confidential informant posing as the representative of a shadowy assassin named Treetop. That informant took the money and later provided faked pictures appearing to show the targeted witness beheaded and lying in a shallow grave.

Shkumbin Sherifi and Elshiekh were both videotaped meeting with the made-up hit man's helper and federal agents say the school teacher hocked her gold jewelry to help finance the beheading. Each faces up to 10 years in prison and $250,000 in fines when they are sentenced in February.

The younger Sherifi's defense lawyer, James Payne of Shallotte, said his client's decision to become a government witness had been a tough one.

"Obviously, this is his brother and this is a difficult time for Shkumbin, but he is ready to step forward and take responsibility for his actions," Payne, a retired Marine, said after the hearing.

The Sherifi family fled Kosovo in 1999 during a brutal sectarian war between Serbs and ethnic Albanians. A naturalized U.S. citizen, Shkumbin Sherifi lived at home with his parents and sisters, occasionally taking classes at a nearby community college and recording vengeful rap music in his native Albanian. Earlier deemed a flight risk by a federal judge, Sherifi will remain in detention until sentencing.

Elshiekh will remain free on bond pending sentencing. She and her lawyer declined comment as they walked out of the courtroom.

Born in the United States to Egyptian parents, Elshiekh worked until her arrest as the director of special education at Sterling Montessori Academy, a state-supported charter school in Morrisville. She had also served as a teacher at a religious school affiliated with the Islamic Association of Raleigh, the city's largest mosque.

The elder Sherifi was one of six Raleigh Muslims convicted last year of being part of a homegrown terrorist plot to attack the U.S. Marine Corps base at Quantico, Va., and targets overseas. The case hinged largely on surveillance tapes made by confidential informants paid by the FBI, with no direct evidence any of the men had actually agreed to kill anyone.

A family friend of one of the defendants, Elshiekh was among a group of supporters from the Raleigh mosque who attended the month-long trial and claimed the men were being railroaded by an overzealous federal government. After Hysen Sherifi's conviction, Elshiekh made regular visits to see him at the New Hanover County jail, when prosecutors allege she became involved in the plot to hire the hit man.

In prior court appearances, Elshiekh wore an ankle-length black dress and matching headscarf that concealed everything but her face and hands. Members of her mosque, some of whom she had taught as girls, filled the courtroom to support her claim of innocence.

As she pleaded guilty to a federal felony on Thursday, only Elshiekh's sister and elderly parents sat in the benches behind her. The defendant wore western clothes, her long dark hair uncovered and flowing down her back.