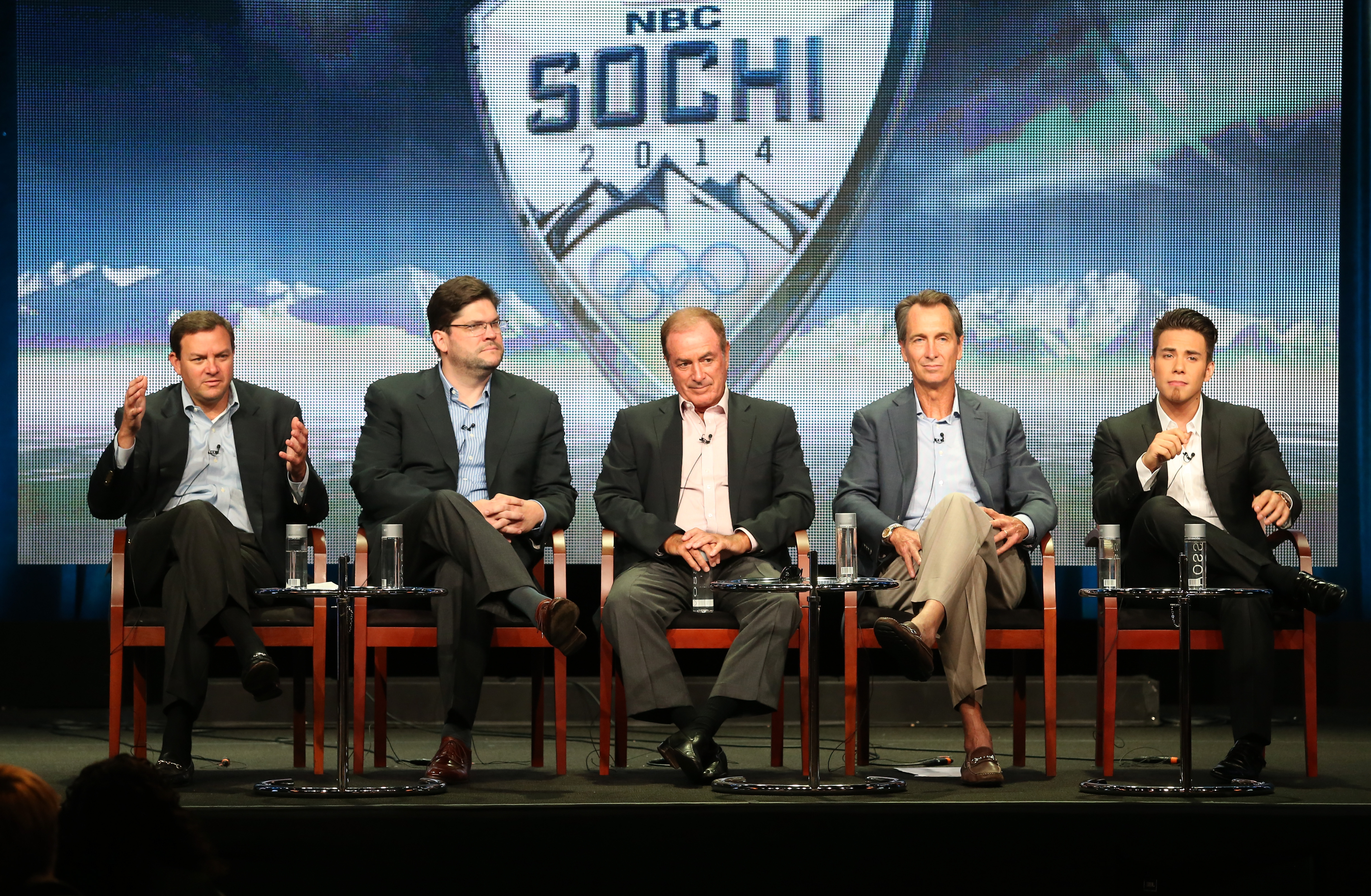 NBC secured the U.S. broadcast rights to the Olympics through 2032 on Wednesday in a record six-games agreement worth $7.75 billion, a surprise deal that shuts out rival American networks and provides further long-term financial security to the IOC.

In a deal negotiated secretly over six months, the International Olympic Committee awarded the exclusive rights to NBC on all media platforms for three Summer Games and three Winter Games - a potential boost for a U.S. bid to host the games.

NBC already holds the rights through the 2020 Olympics in a four-games deal signed in 2011 for a then-record $4.38 billion.

There was no auction or open bidding this time, with only NBC making an offer. NBC had outbid Fox and ESPN in 2011 for the previous rights.

The deal covers all media platforms, including free television, subscription TV, Internet and mobile rights. The deal is valued at $7.65 billion, plus an extra $100 million for promotion of the Olympics between 2015 and 2020.

"This agreement is excellent news for the entire Olympic Movement as it helps to ensure its financial security in the long term," Bach said. "The IOC has worked in close partnership with NBC for many decades, and we are thrilled we will continue to work with them through to 2032."

Steve Burke, CEO of NBC Universal, called it "one of the most important days in the history" of the network.

By 2032, NBC will have covered a total of 23 editions of the Olympics going back to the 1964 Summer Games in Tokyo. The network has broadcast every games since the 2000 Sydney Olympics.

The accord marks a big victory for Bach, who was elected IOC president in September, taking over from Jacques Rogge after 12 years in office. In a conference call, Bach called it "a happy day for the whole Olympic movement."

The agreement came down to the IOC doing business with people they know.

"We know that, with this long-term agreement, the Olympic Games and the Olympic values are in good hands with a partner we trust," Bach said. "We have full confidence in and we can say this because of the long-time experience we have with NBC."

Brian Roberts, chairman and CEO of Comcast, which owns NBC, said the network was encouraged to make a new deal because of the profits and strong ratings from the 2012 London Olympics and 2014 Sochi Winter Games.

Bach said there was no reason to open up bids to other networks.

"We wanted to build on this long-term partnership with NBC," he said. 'We could be sure, we are sure, that the Olympic Games will be presented in a way the Olympic spirit requires and how we see it. ... We didn't see any reason to take any risk with regards to broadcast and presentation of the Olympic Games in the United States."

Bach said he first floated the idea of a new long-term deal with NBC at a dinner in New York in November. He held further talks with Roberts during the Sochi Games and continued the negotiations under wraps, with only his closest aides informed.

"The last touch was given to the deal this afternoon," Bach said.

The agreement could benefit a potential U.S. bid to host the Olympics. The U.S. hasn't held the Summer Games since Atlanta in 1996. The U.S. Olympic Committee is currently considering cities for a possible bid for the 2024 Summer Games, which will be awarded in 2017.

The IOC and NBC said the deal was made without any guarantees of where the games will be held.

"The allocation or the election of the host city is not about money," Bach said. "There are many more factors to be considered. We were signing this agreement even before the procedure for the 2024 has started.

"Having said this, a strong bid from the United States would be very much welcome, would be a very strong competitor. We have full confidence in our friends in USOC that they are following their procedure and then come up with a strong candidate for 2024."