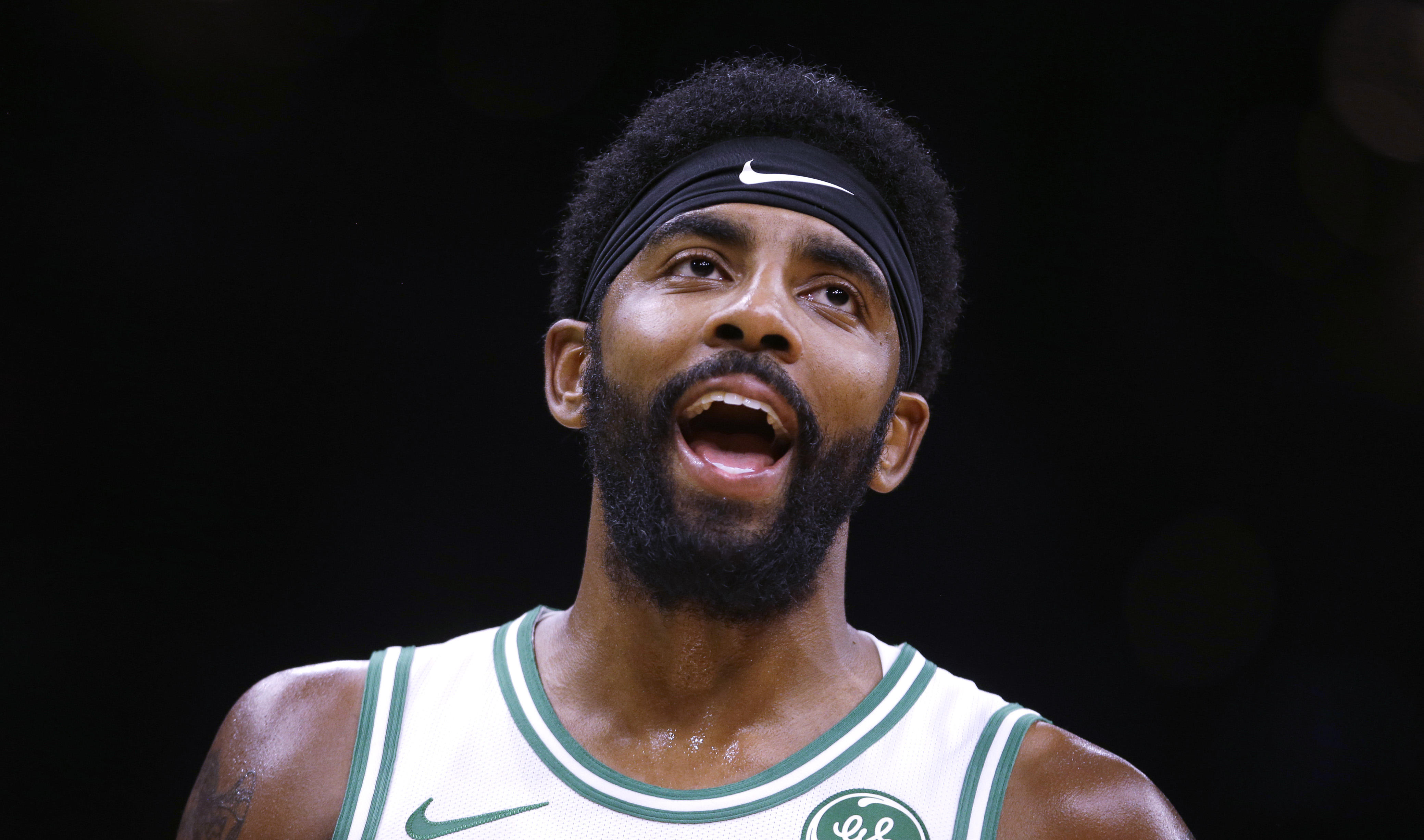 And with that, Irving made clear that he regrets publicly saying the Earth is flat.

Speaking Monday at the Forbes Under 30 summit in Boston, the flat-Earth topic that Irving inserted himself into last year was discussed - and the All-Star guard said he didn't realize the effect his claim would have once it went public.

"To all the science teachers, everybody coming up to me like, 'You know I've got to reteach my whole curriculum?' I'm sorry," Irving said, as the room attending his session laughed. "I apologize. I apologize."

This whole saga started in February 2017, when Irving questioned whether the Earth is flat on a podcast that came out shortly before All-Star weekend that year in New Orleans. It became a major story and even NBA Commissioner Adam Silver - who, like Irving, went to Duke - was asked to offer his opinion.

"Kyrie and I went to the same college," Silver said then. "He may have taken some different courses."

Irving indicated in the days and months that followed the podcast that he initially made the remarks to promote conversation and prove a point how stories in this social-media age can spread rapidly. But then he told The New York Times in early June of this year that he wasn't completely sure whether the Earth was flat or round.

He said Monday he'd like to have the matter put to rest, and noted that this escapade was a good lesson of how words that come from influential people can have enormous power.

CBSSports.com quotes irving as as saying, "At the time, I was huge into conspiracies. Everybody's been there, like, 'Yo, what's going on with our world?'

"You click a YouTube link and it's like how deep does the rabbit hole go? You start telling all your friends, 'Did you see that? Watch this video.'

"At the time, I was innocent in it, but you realize the effect of the power of voice. And even if you believe in that, don't come out and say that stuff. That's for intimate conversations because perception, how you're received, it just changes. Like, no I'm actually a smart-ass individual. ... At the time, I just didn't realize the effect. And I was definitely at that time a big conspiracy theorist. You can't tell me anything."

"But I was playing," O'Neal told AP earlier this year.