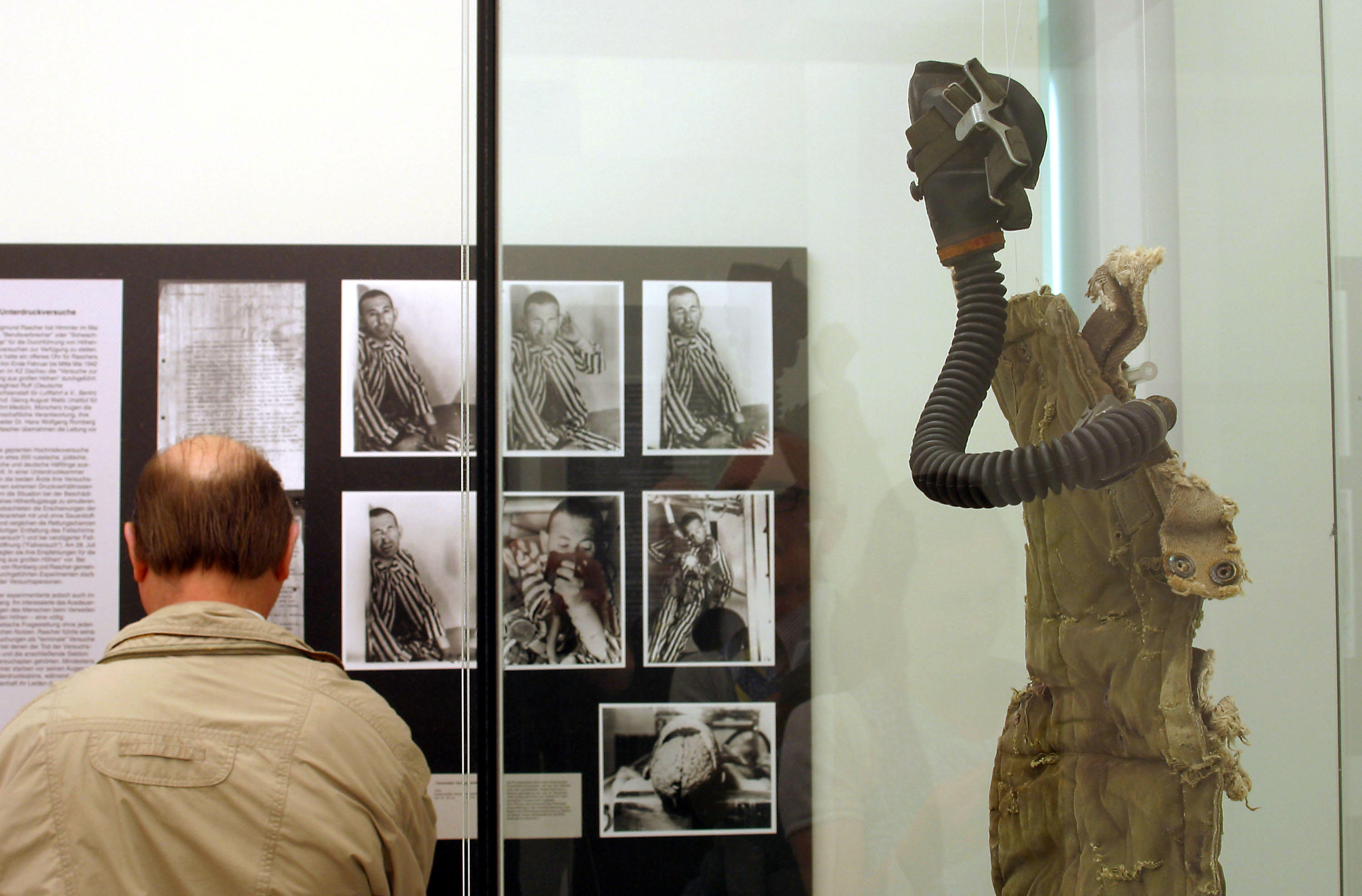 BERLIN -- Archaeologists in Berlin have unearthed a large number of human bones from a site close to where Nazi scientists carried out research on body parts of death camp victims sent to them by sadistic SS doctor Josef Mengele, officials said Thursday.

Experts have been examining the site in Berlin’s upscale Dahlem neighborhood since a small number of bones were found there in 2014 during road work on a property belonging to Berlin’s Free University.

In the dig they uncovered “numerous fractured skulls, teeth, vertebrae” and other bones, including those of children, Susan Pollock, a professor of archaeology at the university who was one of the leaders of the team, said in a statement.

The bones found in 2014 were never identified, and the new discovery provides researchers “a new possibility to illuminate the unusual find and the circumstances under which they were buried,” said Joerg Haspel, the leader of Berlin’s office that oversees memorial sites.

Pope visits Auschwitz, begs God to forgive “so much cruelty​

Several of the vertebrae found had traces of glue on them, indicating they may have been parts of skeletons on display.

The site is about 100 yards away from what was the Kaiser Wilhelm Institute for Human Heredity and Eugenics in the Nazi era.

The world-famous Kaiser Wilhelm Society predated the Nazi era and once counted famous scientists like Albert Einstein among its directors.

During the Nazi dictatorship, however, the Dahlem institute was closely associated with pseudoscientific race research, and notorious Auschwitz physician Mengele as well as others are known to have sent many body parts there for study. It was also known to have a collection of bones from Germany’s colonial era, among others.

Experts now plan to use osteological identification methods to try to learn more about the newly discovered bones, and should at least be able to determine the general age of the person, their sex and how many different people’s bones were found, Pollock said. Results are expected at the earliest at the end of the year.

A working group of the university, the city, and the Max Planck Society, which the Kaiser Wilhelm Society was renamed after the war, has been keeping in close contact with Germany’s Central Council of Jews and Central Council of Sinti and Roma on the archaeological work.

Earlier this year, the Max Planck Society ordered a complete review of its specimens collection after discovering human brain sections in its archive that were from victims of Nazi Germany’s so-called euthanasia program in which psychiatric patients and people with mental deficiencies were killed.

“The Max Planck Society has accepted a difficult legacy of its predecessor organization, the Kaiser Wilhelm Society,” said society president Martin Stratmann of his organization’s participation in the ongoing archaeological investigation. “We are well aware of the special responsibility that it entails.”