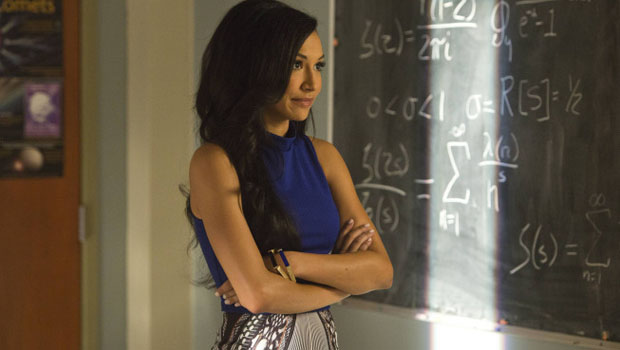 A rep for the actress is refuting recent reports that she's been cut from the show's season finale -- and booted from the series entirely -- after a supposed feud with co-star Lea Michele.

"Any reports or rumors circulating that Naya Rivera was let go or fired from 'Glee' are absolutely untrue," the rep told The Hollywood Reporter. Reps for "Glee" producers 20th Century Fox Television declined to comment, and series star Jane Lynch also kept mum when TMZ cameras caught up with her this week.

E! Online is also reporting that Rivera, who has played the outspoken Santana Lopez since the show's first season, has been written out of the script for the upcoming fifth-season finale -- though allegedly not because of anything to do with Michele.

"Glee" is currently airing its fifth season, and is slated to come to an end after season 6.

Rivera also made headlines recently after she and rapper Big Sean ended their engagement.