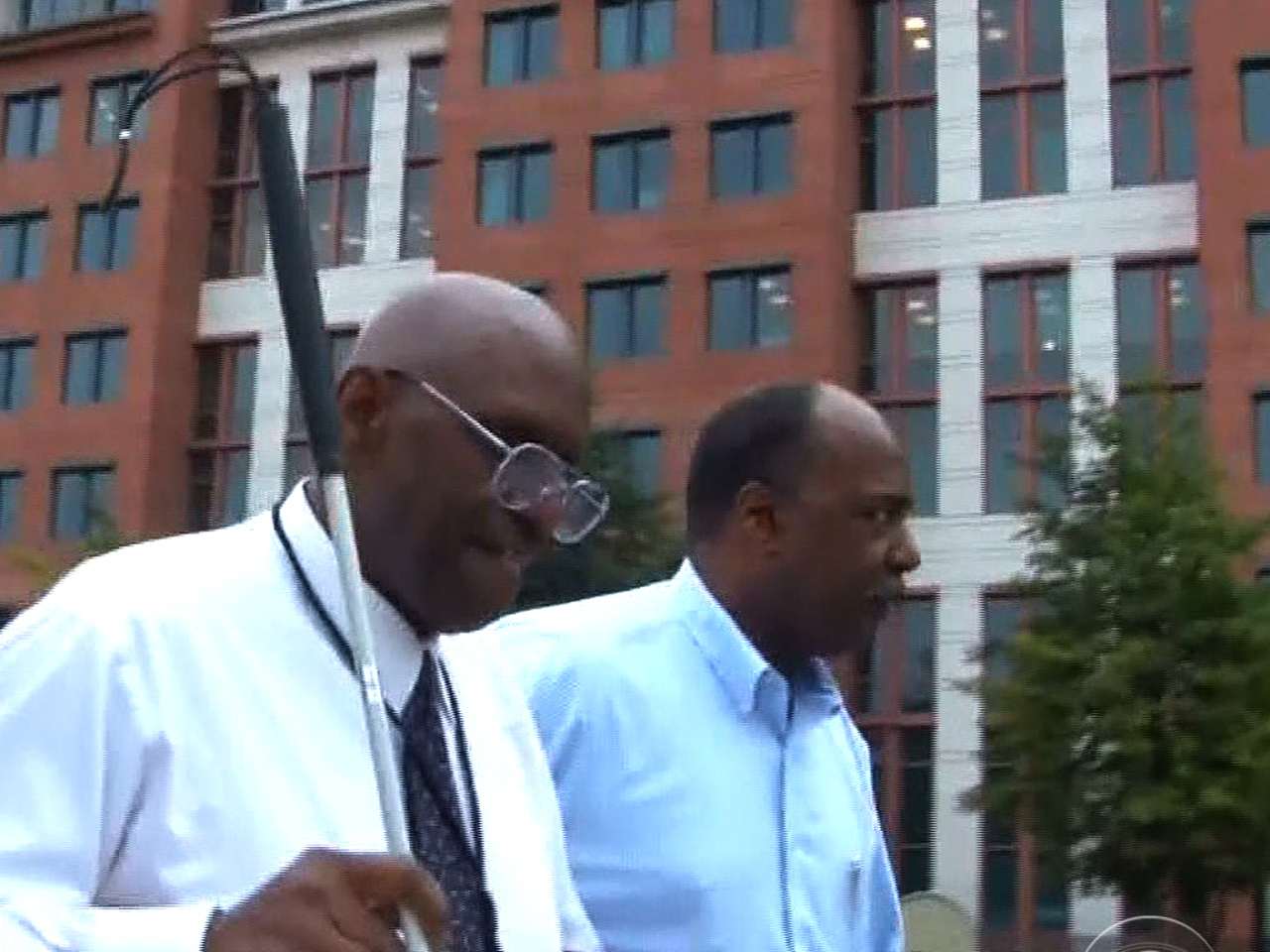 (CBS News) When a gunman opened fire at the Washington Navy Yard Monday, workers there were thrown into a state of panic. But amid the terror, individual acts of kindness are emerging, such as the story of Omar Grant and his co-worker Linwood.

Omar Grant had just arrived to work. Little did he know that just minutes later, he may have saved a co-worker's life. Grant, an IT tech, was in the atrium of building 197, when the sound of gunfire began echoing through the Navy Yard complex. Grant said, "After hearing the first two shots, we both froze."

But Grant wasn't just thinking about his own safety. He had spotted a co-worker, Linwood, who needed help. Grant said, "I did not want to leave him behind, I saw that he was all by himself.

Linwood, who identified himself with one name, is visually impaired.

Grant said, "He moves sometimes rather slowly so people are usually helping him and escorting him. This time, he was all by himself."

With the chaos that had erupted around him, Linwood was having a difficult time getting away from the gunman's shooting rampage.

Grant said, "I said, 'This is what we are going to do,' and I'm describing where we were going. I told myself, 'I'm not going to leave you, we're going to get out of here'."

Together they walked to safety while listening to the sound of sirens all around them.

A reporter at the scene captured the moment and caught up with the two of them.

Asked what was going through his mind, Linwood said, "Home. That's all I needed."

And with the help of Grant, he made it there, and now Grant is left wondering whether he could have done even more.

CBS News' Jeff Pegues said to Grant, "You're a big guy, you were in the Navy. But you seemed really shaken by this."

Grant said, "Yeah ... a little bit. I'm here tonight with my family, and I'm thinking of those people that aren't with theirs. Could I have done something that could have helped them -- some of them make it home.

Pegues added on "CBS This Morning," that Grant told him that when he meets Linwood again, he'll give him a hug and will let him know that he can always count on him for a helping hand.

Why are women always cold at work? Science explains