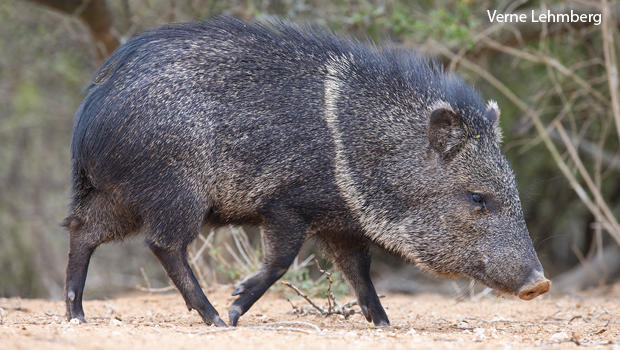 The Amazon isn't so much a river as it is a feeling, a feeling of raw powerful wildness where you realize that you – or any other human – are not in control. Because water isn't a limiting factor, life is everywhere. Small plants adapted to living in less sunlight but still fighting for the finite soil nutrients. Trees trying to out-grow their neighbors to get more sunlight, with a phylogenic tree of plants, insects, parasites, monkeys, frogs, lizards, snakes, you name it, living on them. All these organisms have learned through eons of evolution to not only survive but thrive. You feel just how insignificant you are as all this life surrounds you and the only sounds are birds calling.

Several years ago I went on a birding trip to Peru with a trip leader from the Netherlands and three people from Denmark. One of the Danes, an extremely nice young man with perfect English, asked me how much Danish I spoke. I replied, "I'm American, we don't know how to speak anything but English." That didn't get the laugh it was meant to illicit because it is usually true.

We traveled through the Atacama Desert, one of the driest deserts on Earth. I got to see my first penguins around some of the islands along the coast, and then headed to Manu National Park in the Amazon jungle. We flew close to Manu in a small plane. The "airport" where we arrived was a dirt strip and a wooden building, open on all four sides, completely outfitted with a table, a radio, and a car battery to power the radio. That was it. From the airstrip we traveled up the Madre de Dios river to Manu National Park in a long, thin boat. We saw lots of new birds and jaguar tracks, and slept in hummocks one night to wait for tapirs that never showed up. We also spent a good bit of time along the Amazon River.

If you've never seen the Amazon it is hard to visualize how big it really is, and we were there in the dry season. There were lots of new birds as well as pink freshwater dolphins and piranhas, whose hype super-exaggerates how dangerous they are not. We traveled along the Amazon by small boat stopping periodically to look for birds. One of those stops was a big island, about 40 acres in size. It was mostly covered in trees with occasional open areas where we could see maybe 75 feet around us. Any birder worth his binoculars knows in this situation you walk quietly and speak only when necessary, and then in whispers.

We stopped in one of the open areas to look for birds in the surrounding trees. Our attention was on a bird when we heard a faint thundering sound in the distance that didn't sound like actual thunder. We all looked at each other for clues as to what the sound was, as it got louder and louder. I had the horrifying thought that it was a wall of water coming down the river (even though I knew it was the dry season. But that just means it only rains once a day rather than all day every day), and that we were all going to die. After what seemed like many minutes but couldn't have been more than 20 seconds, we saw what it really was; a herd of around 150 to 200 javelinas (peccaries) stampeding straight at us. I was never so happy to see javelinas! But the guy from the Netherlands and the people from Denmark had never seen them before and were scared to death.

I grew up in Texas. I'd never seen that many javelinas at one time, but I didn't think they could be dangerous. I told everyone to get close to each other and hold still. There didn't seem to be any other option, so they did what I said. As the "sea" of javelinas approached it parted just enough to get past us. And then they were gone. Gone so quickly that we had to ask each other if that really happened.

I have no idea what upset those javelinas, how they got on the island or if they all jumped into the river when they got to the edge of the island. I do know we never saw them again. The other members of our group were truly upset by the experience and talked about it for a long time afterwards. I just figured, if they were smart enough not to run over us, they weren't much of a threat.

By comparison the rest of the trip was uneventful, except later I got to see my first Cock-of-the-rocks displaying at their lek. Look them up if you haven't seen one. They are wonderfully weird-looking birds.

How suffragists finally won the right to vote for women