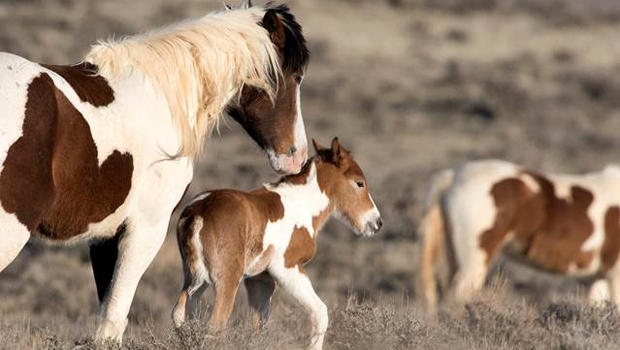 Lyudmila Trut, an evolutionary geneticist at the Institute of Cytology and Genetics in Novosibirsk, Russia, has been studying domestication in foxes since 1959. Her mentor and friend, Dmitri Belyaev, began the study hypothesizing that all domesticated animals share one trait: tameness.

When their experiment began they had no idea how long it would take to get a tame fox. They carefully selected animals that showed the least fear or aggression towards humans and bred them. Remarkably, after only six generations of selecting for tameness, they saw fox puppies "that eagerly sought contacts with humans, not only [tail] wagging [but] also whining, whimpering, and licking in a dog-like manner."

We can never know exactly how the first animals were domesticated, but from the fox experiments we know it may not have taken very long. We also know from both DNA testing and archeological finds that the wolf was the first animal to be domesticated, when dogs began appearing about 15,000 years ago. Wolves and dogs are still very closely related today, but they look and act differently.

A simplified scenario of how domestication might be: wolves were attracted to the smell of human food cooking; humans recognized what an asset a wolf might be; and the domestic dog was born. Humans acquired an early warning system for intruders as well as some protection from those intruders.

Those early wolf/dogs may have benefitted humans with their hunting ability as well. Because of DNA comparisons, we know very few traits separate wild foxes from domesticated ones, or wild wolves from domestic dogs.

The same is true for horses. There are about 125 genes that separate ancestral horses from their modern, domesticated cousins. Over the years there have been disagreements as to whether horse domestication happened several times or only once. The best genetic evidence today indicates the answer is both: male horses were domesticated one time, while wild female horses were repeatedly added to herds at least 75 different times.

Biologists can separate male from female lineages because the Y chromosome is found only in males and mitochondrial DNA (remember the mitochondria, the powerhouse of the cell, from high school biology?) is passed down only from mother to offspring.  Modern domestic horse mitochondrial and Y chromosome DNA both suggest horses were first domesticated in the Western Eurasian steppe at least 5,000 years ago.

The first horse domestication may have taken place within the Botai culture in northern Kazakhstan. They appear to have learned to ride horses so they could more efficiently hunt wild horses for food. Their garbage middens contain anywhere from 65% to 99% horse bones, with no evidence of cows, sheep or goats. Horses and dogs appear to be the only animals they domesticated. There is also evidence they milked horses.

Although untamed horses in North America are referred to as wild, technically they are not, because they descended from domestic horses brought here by the Spanish. They are feral -- that is, they have escaped from captivity and are living successfully on their own.

The only true living wild horse is Przewalski's horse, native to Mongolia. Prezewalski's horse went extinct in the wild in the late 1960s but survived in zoos. In the 1980s they were reintroduced into Mongolia, where a small population still exists today.

The feral or wild horse population in the U.S. is estimated to be around 75,000, with another 45,000 in government holding pens to prevent overgrazing. Almost all of these horses are on Bureau of Land Management land. The legal number on BLM land is supposed to be 27,000.  Many conservationists are concerned the horses eat grasses that should go to truly wild animals, such as deer and antelope, while many ranchers complain the horses take food away from their cattle. The BLM has a horse adoption program, but there are more horses than there are people who are willing to adopt them. Fertility control is an option, but is extremely labor-intensive because mares, have to be given two doses of anti-fertility drugs followed by annual boosters.

Some of the best places to see wild horses include the Pryor Mountains in southern Montana; McCullough Peaks east of Cody, Wyoming; Wind River Horse Sanctuary in Lander, Wyoming; the Red Desert between Rock Springs and Rawlins, Wyoming; the Virginia Range herd east of Reno, Nevada; Assateague Island on the Atlantic coast; and, of course, Music Mountain, Arizona.